I’ve always said one of the best ways to spend time with others is over a meal. And one of the best meals in town can be had when you show up, bring your own drinks, and just eat whatever is presented in front of you. Put the stress of deciding what to eat aside and let someone else decide for you. That is the beauty of P.M. Sessions at the Canvas which has returned to Wichita.

It’s an experience that’s really rare in town and only available by reservation. The bookings are available 7 nights a week for parties of 6 to 12 people. When you make your reservations, you are treated to a multi-course blind menu dinner. Of course, he does take into account any food allergies people may have and dinners are available for private parties.

These dinners start at $70 per person for 8 courses, the menu and courses dictate the budget thereafter.

It used to operate on West 13th street but this year, owner Dustin Presley moved his operations to Carriage Parkway in the old space that used to house such restaurants as Borimex and El Rodeo. 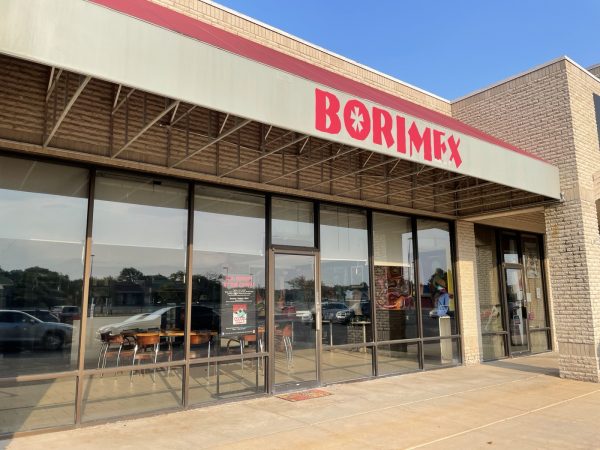 I was joined by members of the Neighborhood and owners of Doo-Dah Diner and Public for an evening of food, drinks and fun discussion about the Wichita dining scene. It was a first-time experience for roughly half the group so I was excited for what was in store for them.

When we all arrived, there was a big semi-circular table for the party. I’ve always been a huge fan of the table. It allows for the entire group to be able to make eye contact with each other and have conversations without having to move around. It’s a perfect setup. 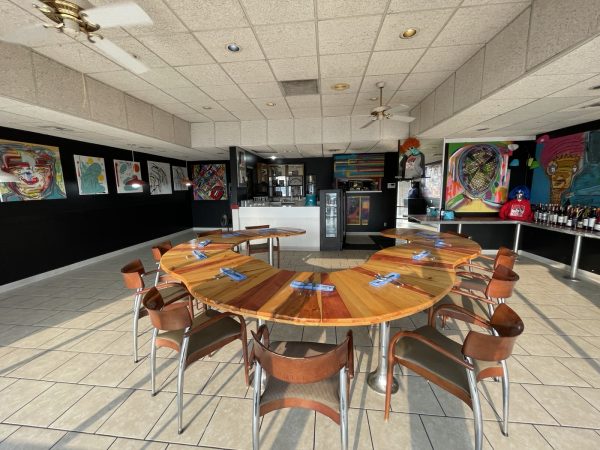 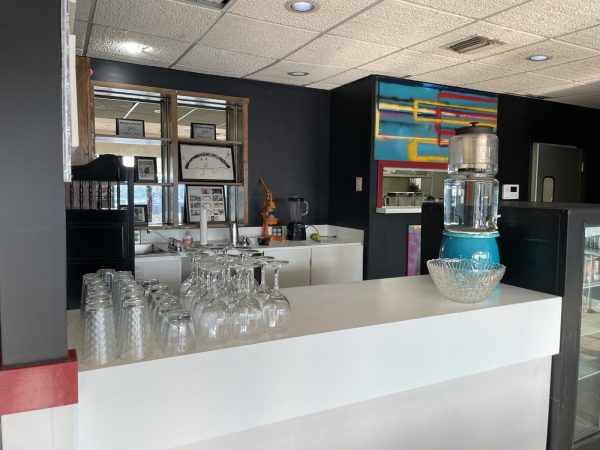 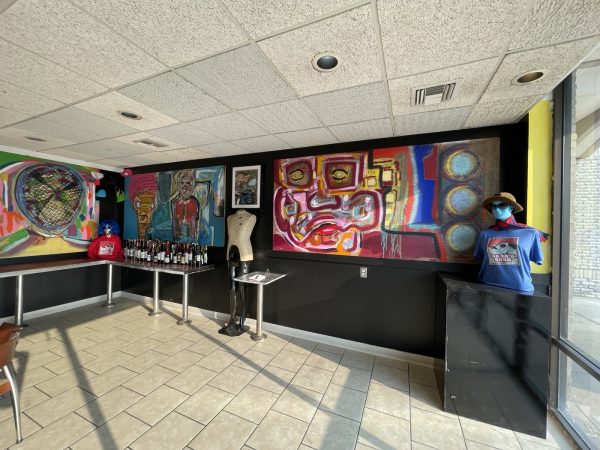 What happened next is best described in pictures. Over the next two hours, we were treated to small little plates that didn’t seem like much, but those small plates really started to add up as the night progressed.

Here’s our 8-course blind dinner at P.M. Sessions at the Canvas.

Fruit/veggie stock shot. We treated this more of like a palate cleanser between the dishes. Some people sipped on this between courses. Anytime I see a shot glass, my mind has an obligation to take it all at once. 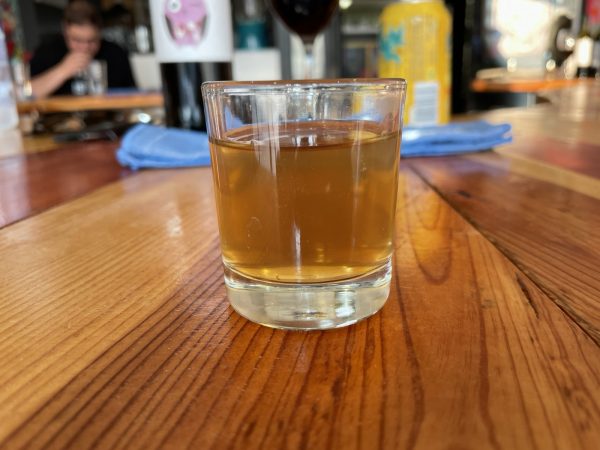 I looked at the sandwich and was worried it was going to be a heavy start. The brisket was pretty tender and the carrot fries were wonderful. I’m so used to eating leftover veggie sticks that my daughter wants to throw away, but these carrot fries blew those out of the water. 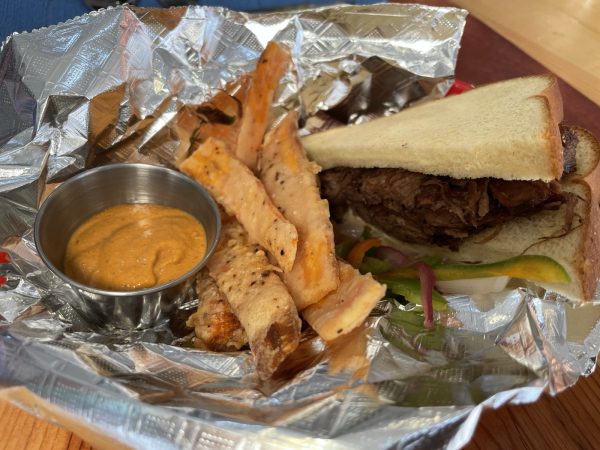 This was my favorite of all the courses. It’s funny because I’m not a big fan of hominy, but it provided some texture to compliment the super tender catfish. The horseradish mayo and honey mustard gave the dish a spark and some spice. This would be a dish I’d order by itself 10 out of 10 times. 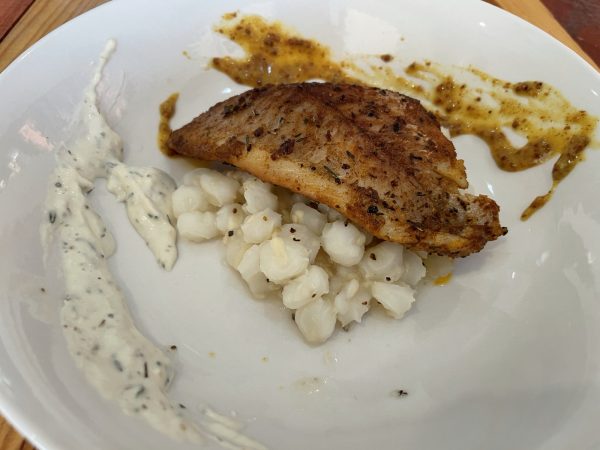 Another palate cleanser. I wasn’t sure what to expect from this given its look, but it was very tasty. 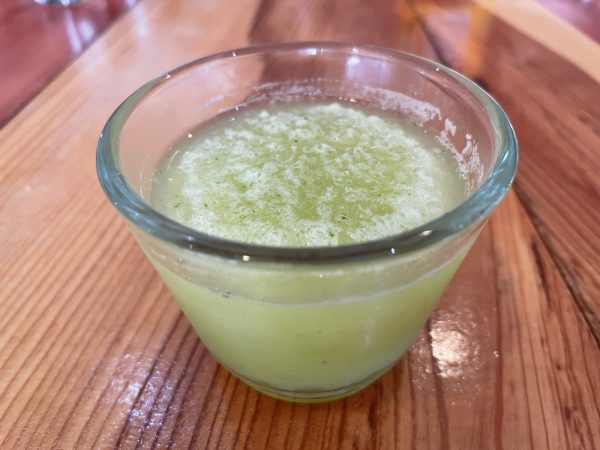 This was probably my second favorite dish. Dustin just seems to do his seafood dishes like a rock star. The wonton cup was something I haven’t seen before. The peach/gin/chile dressing sold it for me, but that’s no surprise because Dustin has always put together some remarkable sauces. 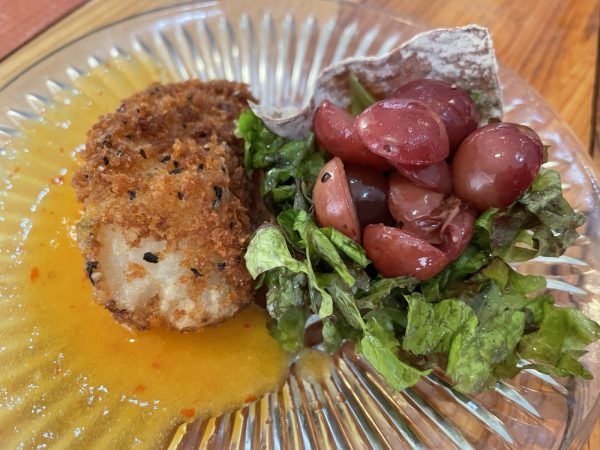 I’ve done Dustin’s private dinners three times. I’ve had roughly 30 courses from him and this moment was bound to happen. This was the one course that probably didn’t resonate with me. The green beans, water chestnut and celery was just a little much, but I did love the pho stock. Dustin did warn us before that he does his best to create a menu for every party that caters to them. It’s near impossible to create 8 courses that where every person in your 6-12 person party will be blown away by, but that’s totally OK. I ate it and was ready for the next. 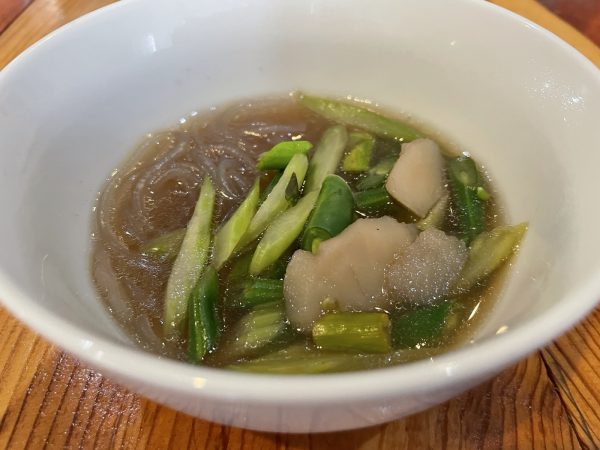 While the previous course didn’t blow me away, Dustin hit it out of the park with this skewer. Every bite in this course was perfection. You can never go wrong with steak, shrimp and bacon in my book. 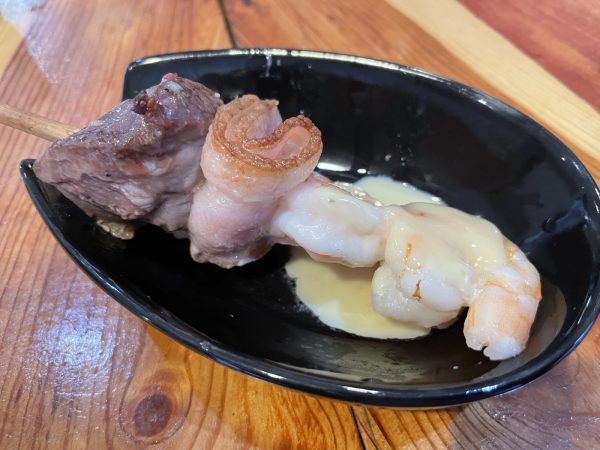 This might look like a small portion, but it was very filling, heavy and delicious. It took me a while to finish this course as I was starting to get stuffed. The chicken thigh was done just right. I’m not sure what part I loved more, the skin or the meat underneath. 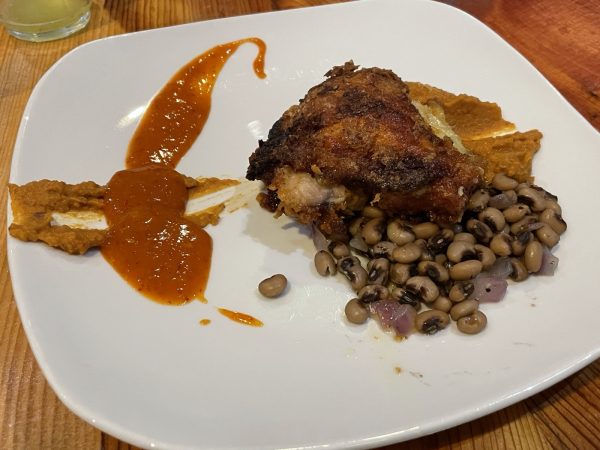 I couldn’t think of a better way to end our dinner. This course had a surprising bit of heat within the chipotle whipped cream that caught everyone off guard in a good way. 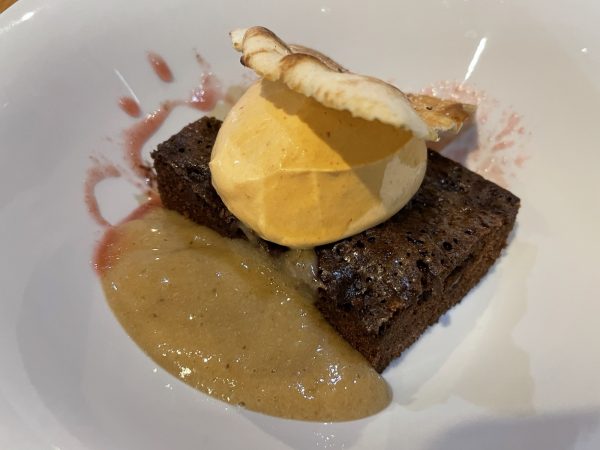 One of the best parts about the private dinner between the great conversations, people interaction and the food was Dustin himself. He’s very engaging, charismatic and has a charm to him that everybody loved.

I love experiential dinners where everybody can get involved. The meals where everybody is engaging with one another. This is one of the best in town and I’m so glad to have it back in Wichita. I’ll have to do this again soon, perhaps have a dinner outing there with readers?

Check out their website for more details. Any bookings or questions can be sent via email to gagasgrub@gmail.com. 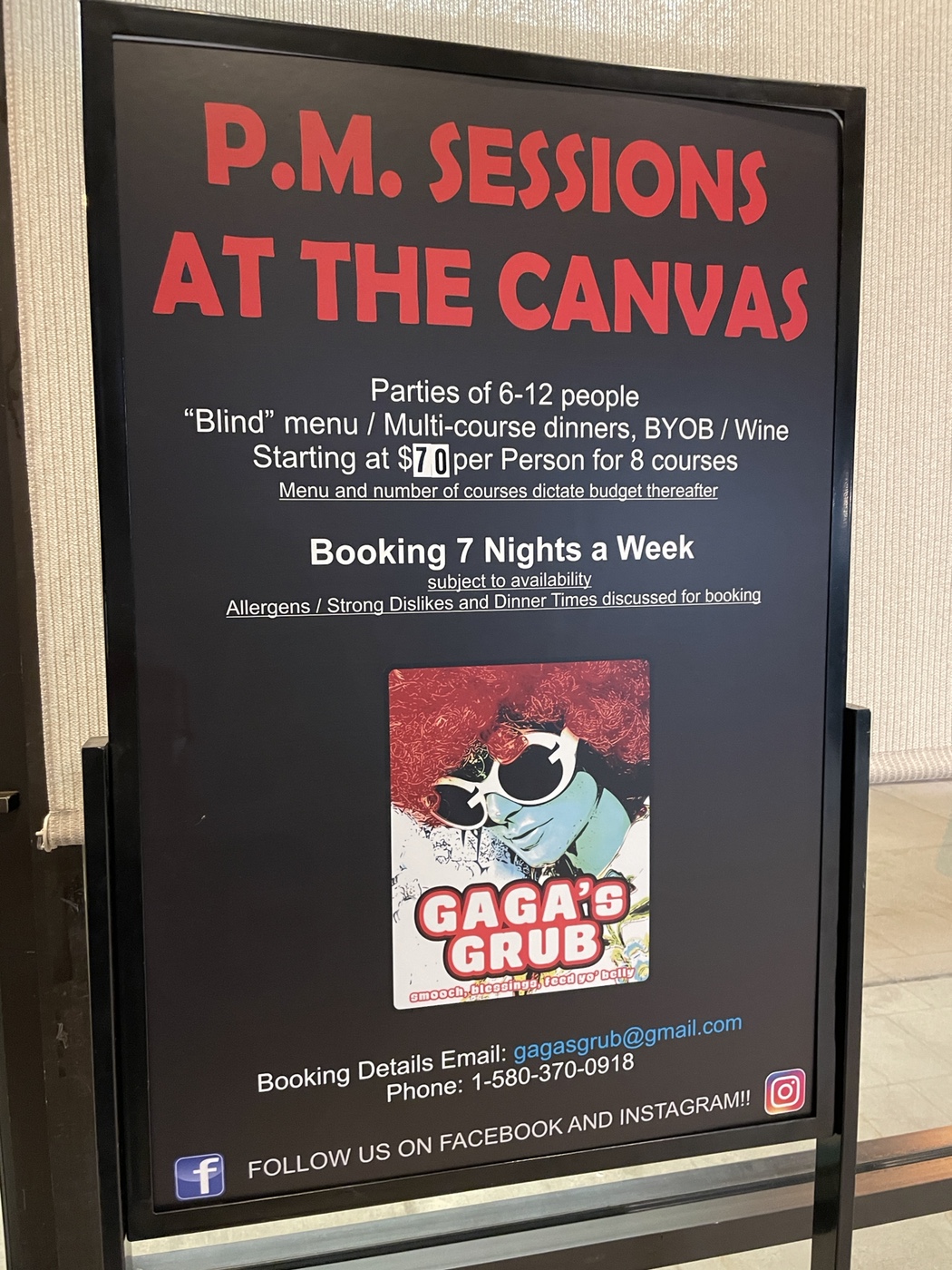