Taco Bell was a little late to the game, but it was only a matter of time until one of the largest fast food chains entered the “chicken sandwich wars”.

Starting on September 2, participating Taco Bell locations around the country will be selling the Crispy Chicken Sandwich Taco. I get you might be confused by the term sandwich taco? At first glance, most people will probably just call it a taco. But for marketing purposes, the term chicken sandwich resonates more with the current fad.

The new chicken sandwich taco consists of a crispy chicken which was marinated in jalapeno buttermilk and seasoned with Mexican spices, then rolled in a tortilla-chip coating. Once finished, it is placed inside a flatbread and topped with creamy chipotle sauce. Customers can choose from a regular or spicy version which comes with jalapeno slices. 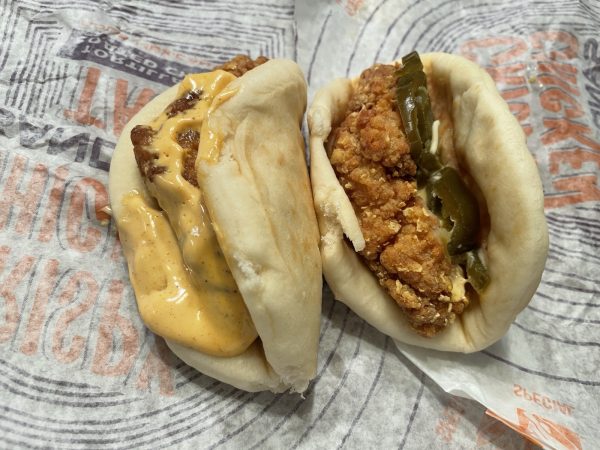 I saw advertisements listing the tacos at $2.49 for one. I believe Wichita will have them at a promotional rate of $1.49 for a limited time. Since it was cheap, I went ahead and ordered a regular and spicy version.

At first glance, the chicken sandwich tacos were small. They measured a little over four inches in length. They didn’t seem like much either; just a flatbread, a piece of chicken, sauce and maybe some jalapenos.

Let’s be honest, this was basically a chicken tender in a flatbread and rolled up to look like a taco.

Now, I know I give Taco Bell a lot of grief and they are the butt of a lot of my jokes, but these chicken sandwich tacos weren’t half bad. For fast food and for a taco joint, the chicken was rather crispy and juicy. If they sold the chicken by itself, I’d consider using my daughter as an excuse to return and buy some.

I questioned the use of the flatbread at first, but it worked out well with the chicken. It was fluffy and thick enough to give the sandwich taco some added substance and make it more filling. Between the two, I liked the regular version more with the chipotle sauce on it. The spicy version with the three jalapenos was a pretty poor excuse to label it as “spicy”.

Overall though, I was quite surprised and impressed with Taco Bell’s chicken sandwich taco. Like I said, I have a hard time calling it a “sandwich” but whatever. Are labels really that important? Check them out for yourself when they drop September 2. 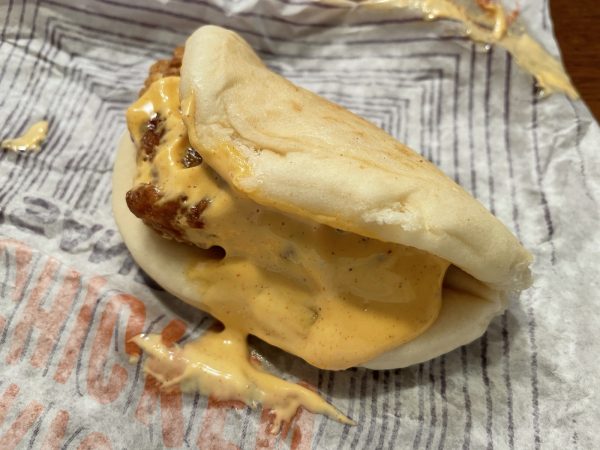 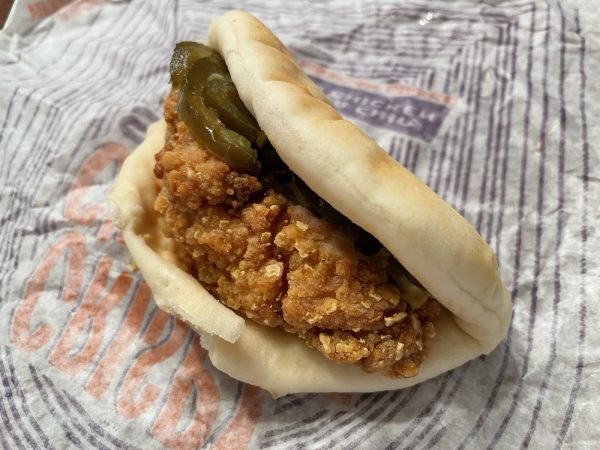