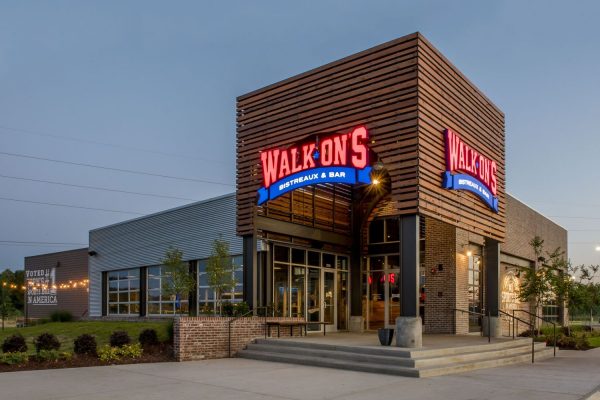 Back in February, we broke the news that a new restaurant and bar named Walk-On’s Sports Bistreaux was coming to Wichita.

I was told they were planning on opening in NewMarket Square in the former Granite City location at 2661 N. Maize Road. Many readers chimed in that on their future locations site, 2244 North Webb Rd was listed as the upcoming address. That happens to be Blue Hook Cajun Seafood & Bar which opened earlier this year.

Since then, I’ve reached out to Walk-On’s multiple times to let them know of the address and haven’t heard back.

Today, they finally got back with me and confirmed they were still planning on opening a Wichita location. They would not say whether the NewMarket Square location was still the plan even though I think it still is, but noted they were aiming for an early 2022 opening. This looks like it will be one of those restaurants that will take some time to open.

Until then, west-siders will have to continue to wait and see if and when the Cajun-themed bar and grill will open.

Walk-On’s gets their name from founder Brandon Landry who was a walk-on with the Louisiana State University basketball team. During his time on the team, the idea for Walk-On’s Bistreaux was born. The bar and grill with a Cajun theme is now in nine states, predominantly in the southeast part of the country.

Should I hear anything new, I’ll be sure to pass it on to all of you.