There are some changes coming to not just Towne East Square but the area around it. Let’s cover what’s out there. 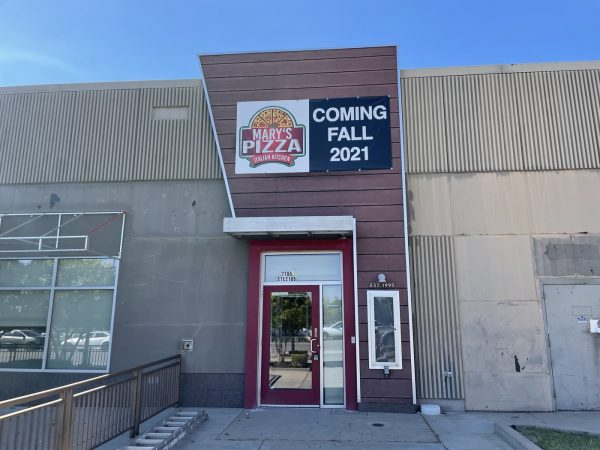 The soonest of the openings will likely be Mary’s Pizza. Mall walkers and visitors of Towne West Square may be familiar with this one as they currently have a spot at the Towne West food court… at least for now. Signs are now up for their Towne East debut in the former Noodles & Co. space.

I’ve been to the west side Mary’s Pizza and it’s a fairly traditional quick-service Italian spot with an offering of pizza by the slice, calzones, spaghetti and other pasta dishes.

This one should be open before the end of the year. 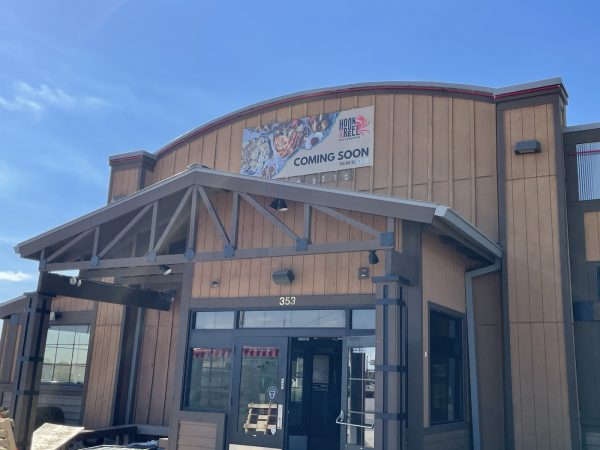 Another sign up is Hook & Reel in the former Logan’s Roadhouse at 353 S. Rock Road. I had never heard of them until the sign went up.

After browsing around, Hook and Reel is a Cajun seafood franchise chain based in Queens, New York. It aims to create a New Orleans-like experience. Customers are equipped with disposable gloves and bibs and encouraged to eat with their hands. The dishes are laid on paper and each table comes with a bucket for the discarded pieces.

Founded in 2015, there are now around 23 locations with the closest being in Overland Park.

Hook & Reel offers common favorites likes shrimp, lobster, crabs, clams, crawfish, and other seafood items. Customers can also customize their order by picking a sauce, spice level, and extras like corn on the cob, potatoes, fries, boiled eggs, or sausage. The seafood boil is mixed in a plastic bag filled with steam and then served to guests.

No word on when they’ll open. 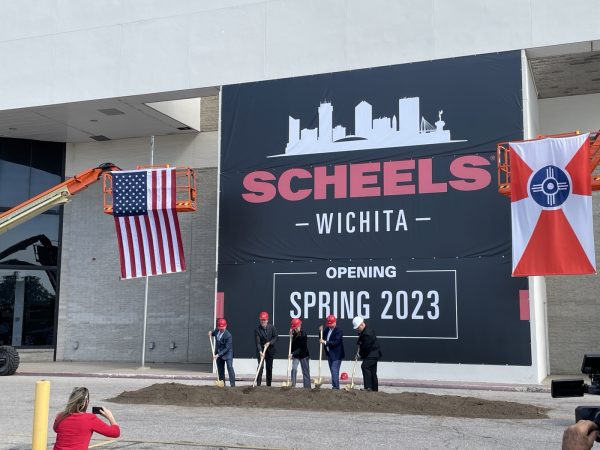 Not exactly food, but SCHEELS will have a fudge shop and coffee shop inside, so that has to count for something!

SCHEELS, which we’ve covered here, is expected to open in March 2023.

People have been asking about the former Carlos O’Kelly’s space that sits just north of the Towne East Square building. It’s been going under a major renovation. Rumor has it, it’s supposed to be an upscale restaurant, but no word on when or what it will be exactly.

And how about the Super Buffet located by the old Carlos O’Kelly’s? For those asking, they’ve been temporarily closed since COVID shut down buffets. I haven’t heard of when or if they’ll reopen. If I do hear anything, I’ll be sure to pass that along.

Lastly, there’s a big open plot of land at the west end of the Towne East Parking lot that’s now open. Any takers on whether a Club Car Wash will open there? And yes, I’m aware a Club Car Wash has already opened on the east end of Towne East Square. Two in one mall parking lot makes complete sense with the boom that’s taking place. As they say on Big Brother, expect the unexpected.