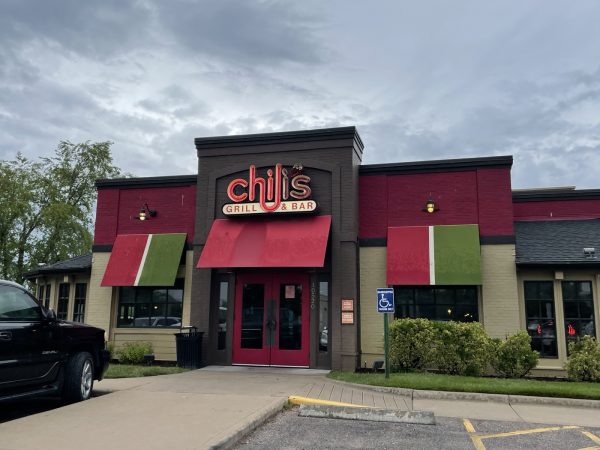 Founded in 1975 in Texas, Chili’s is an American casual dining restaurant chain with over 1,600 locations around the world. Their menu features American food, Tex-Mex cuisine and dishes influenced by Mexican cuisine. There are three locations in Wichita and for this particular review, we visited the store at Central and Maize.

To start our meal, we began with a couple of Jack Apple-Rita’s which was their $5 monthly special. It was a smooth cocktail that was made with Jack Daniel’s Tennessee apple, tequila, triple sec and fresh sour; not a bad way to start our dinner. 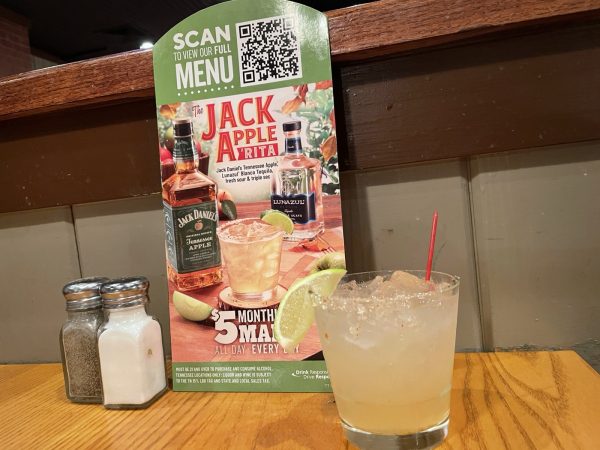 For our main entrees, we had the Cajun pasta along with a smokehouse combo that included jalapeno-cheddar smoked sausage, half slab of baby back ribs, fries and Mexican street corn. Chili’s is probably most well-known for their catchy jingle about baby back ribs, so it only made sense for me to order the dish.

Megan was a big fan of the Cajun pasta. I should note, it’s her favorite dish there, so she knew what to expect a head of time. It was a hefty dish, full of penne noodles and topped with chicken. It was creamy with just the right amount of heat to satisfy.

As for the smokehouse combo meal, the fries were decent; slightly crispy with some sogginess to it. The Mexican street corn was a pretty good side; it’s hard to mess up corn on the cob. There wasn’t anything special to the sausage. There was a noticeable amount of cheddar to it, but it lacked any heat or smoky flavor. As for the baby back ribs, the meat came right off the bone with ease. I know that’s a big no no for some BBQ purists, but there’s also an audience of people who love fall off the bone style ribs. So decide for yourself if you like that. My ribs weren’t all that meaty and was smothered in a very tangy sauce…. almost too tangy for my preference. Similar to the sausage, there wasn’t anything memorable about the ribs. Granted, I wasn’t expecting much and only ordered them because of their commercial jingle.

By no means was my meal horrible, nor did I feel ripped off by it. They presented me with quite a bit of food that satisfied my appetite, but it’s also nothing I’d probably order again. 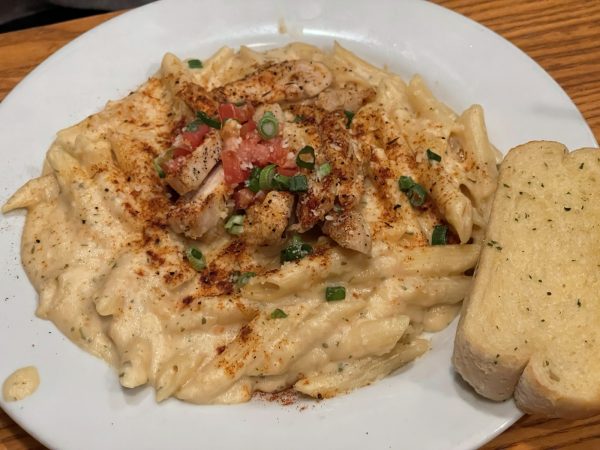 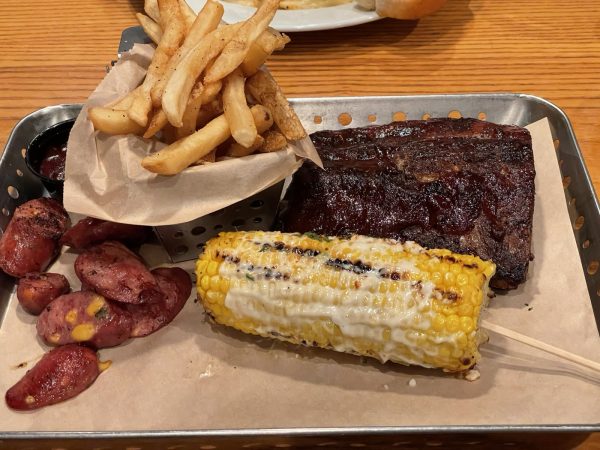 The service was great, though. All the staff was very friendly the whole time. These style of restaurants are ones I don’t visit all that often. But if I had to choose, I’d go to Chili’s in a heartbeat over Applebee’s. 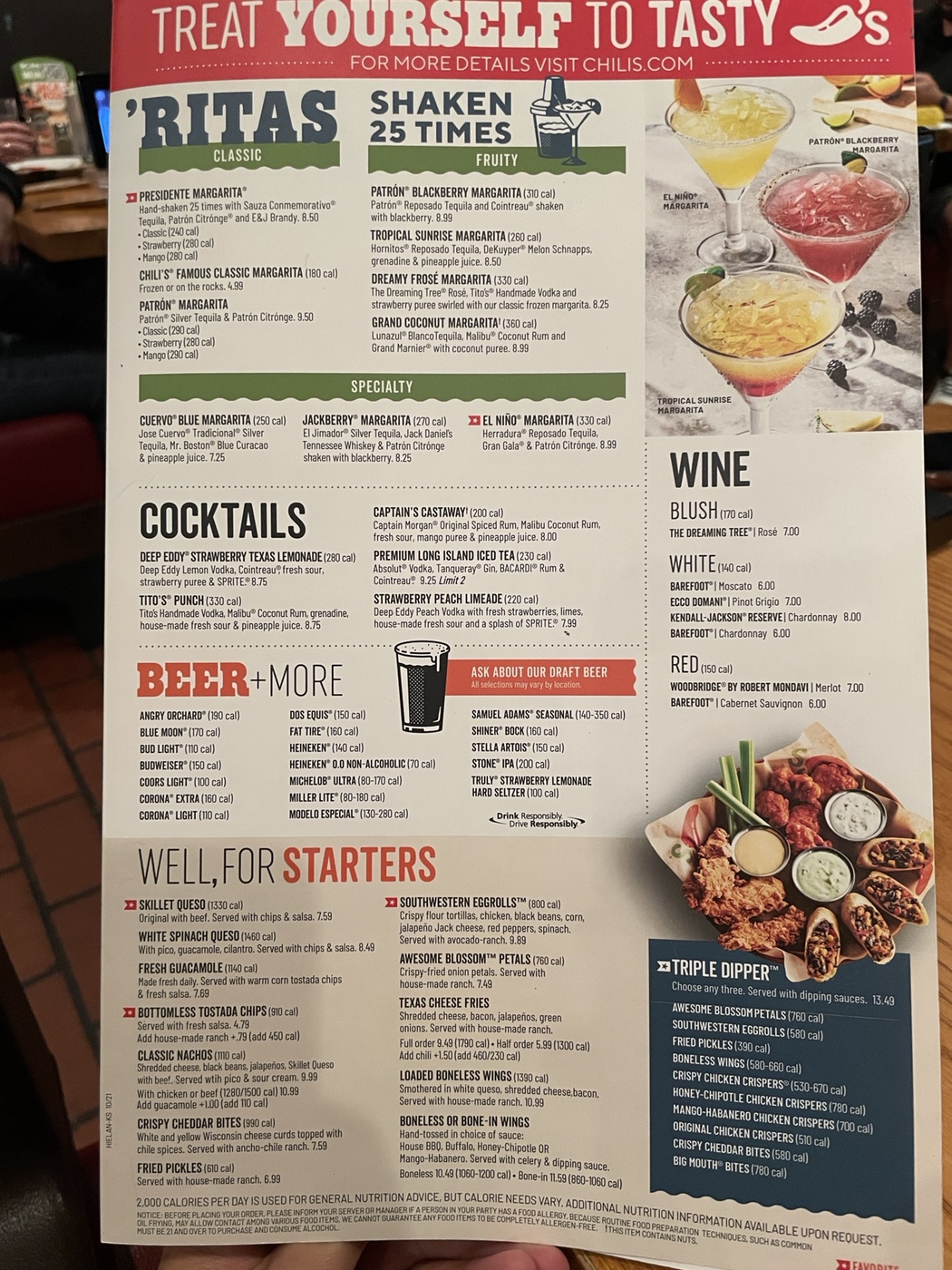 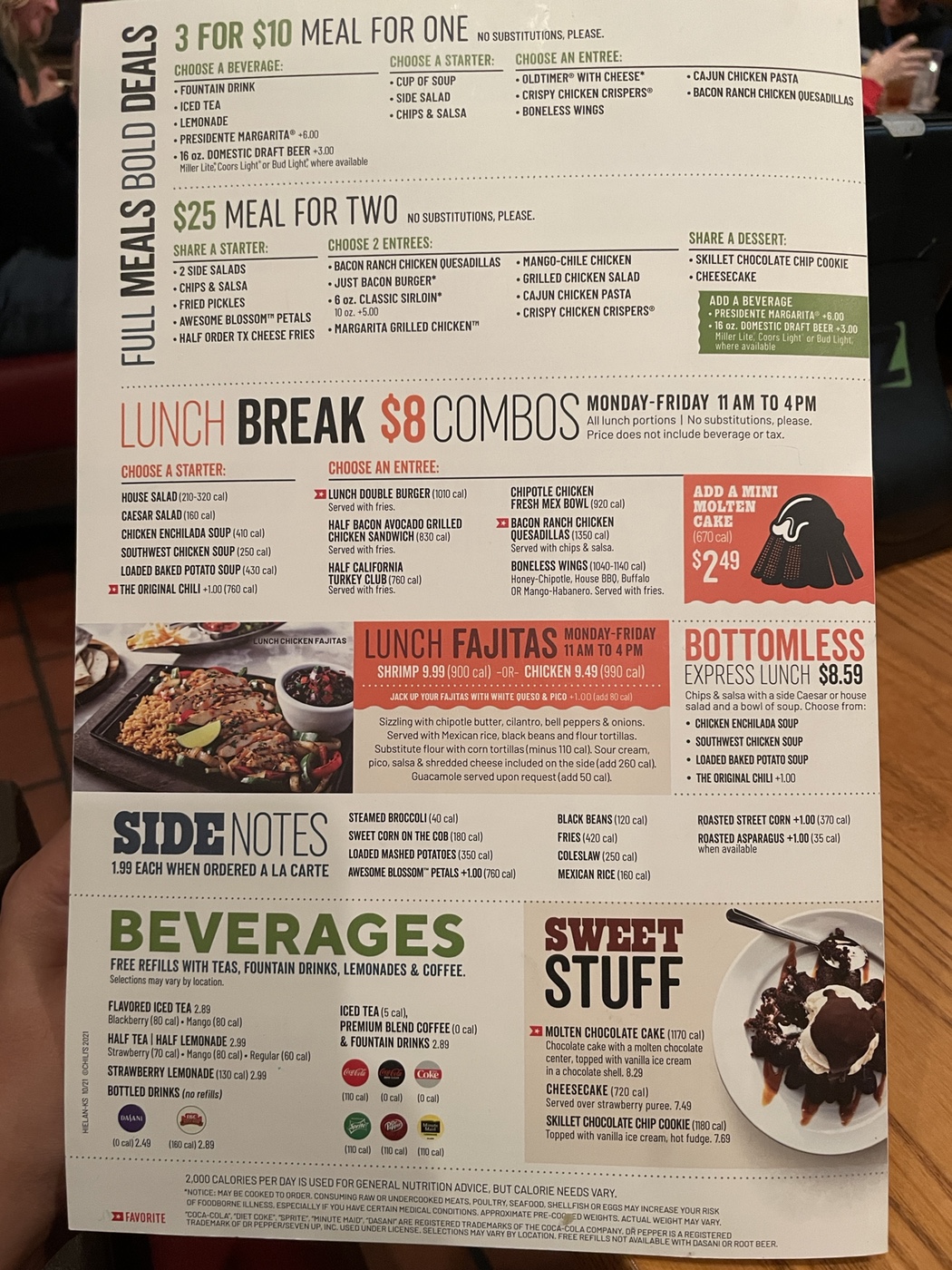 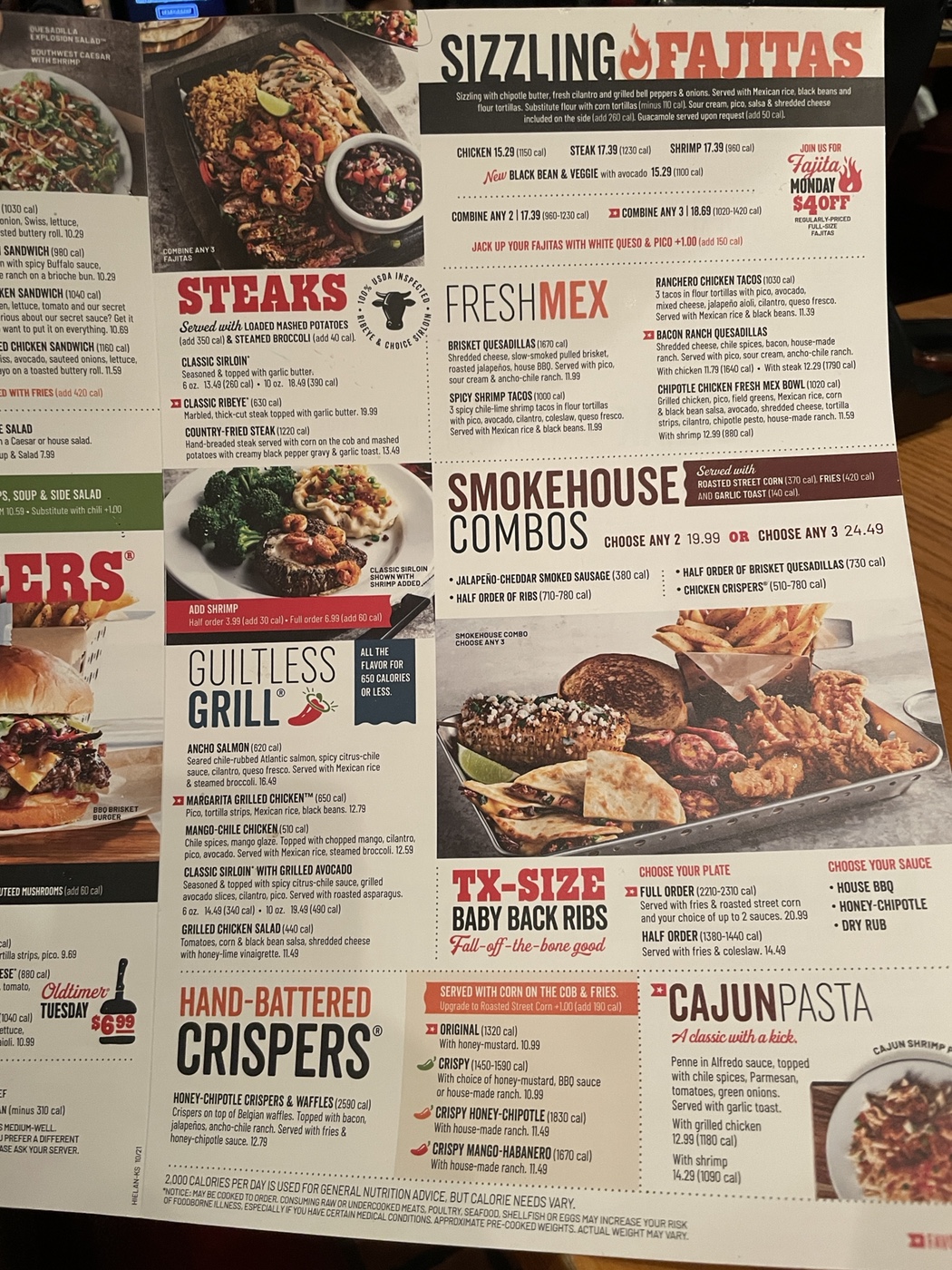 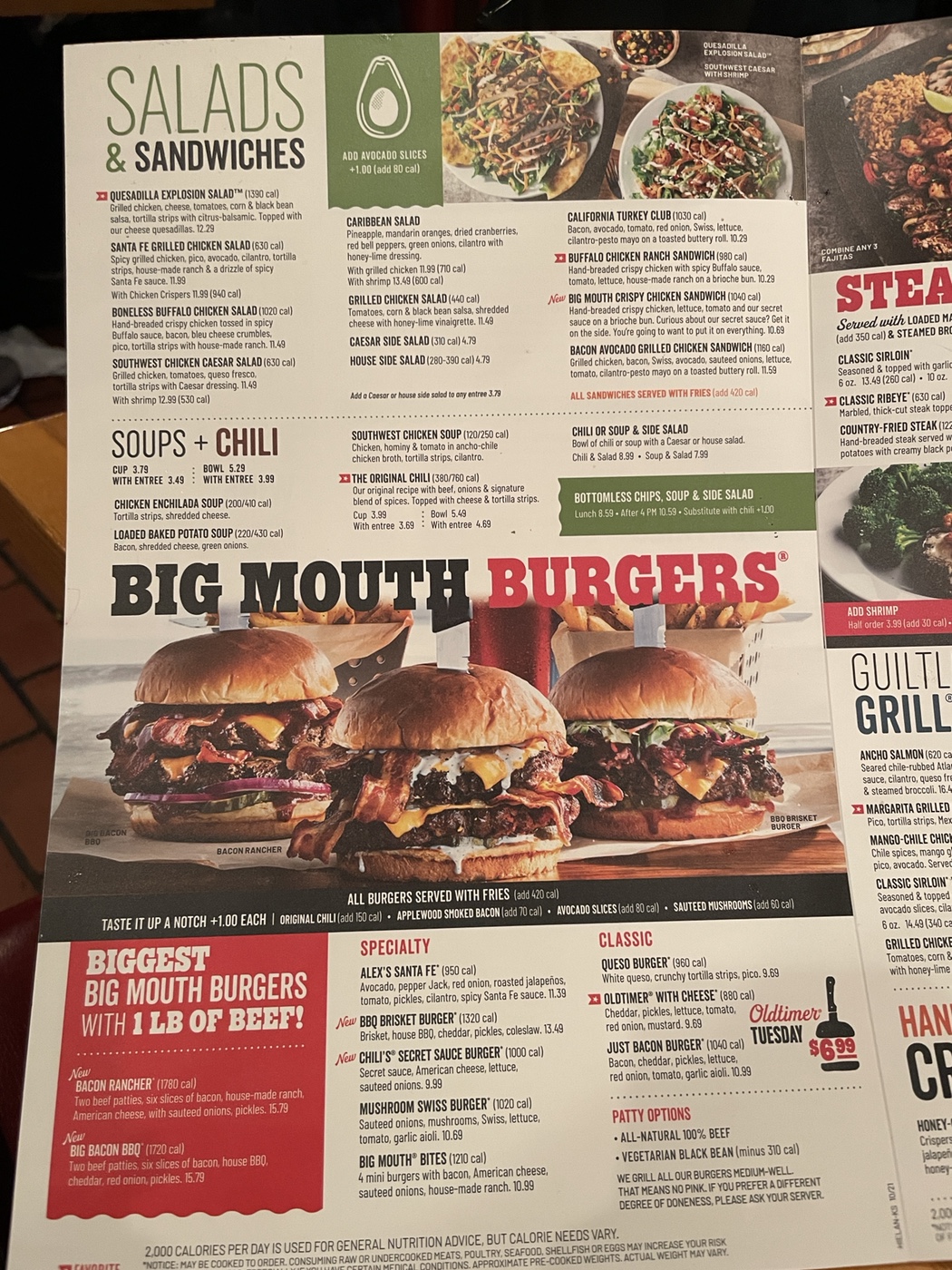