Every now and then, you need to swallow some pride and admit you’re wrong. Earlier this year, I made a claim that I had the worst frozen meal ever. I was wrong…. dead wrong.

While at the grocery store, I made this impulse purchase for $3. Going into the decision, I knew it was not going to be great. But did I know it was going to be this bad? 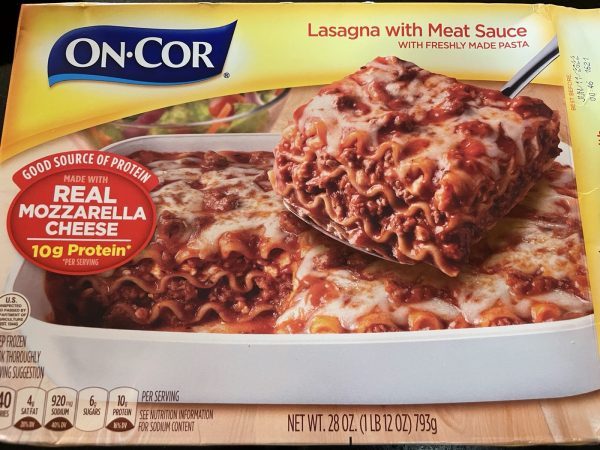 The frozen meal from On-Cor was supposed to be lasagna with meat sauce with freshly made pasta. Like all of their meals, the major selling point was “Good Source of Protein” and “Made with REAL MOZZARELLA CHEESE”. Did the box say REAL MOZZERELLA CHEESE? I was sold from the start!

I want everybody to scroll up and take a close look at the box. Take notice of the red meat sauce. Well, after nearly an hour in the oven, here’s how my turned out. 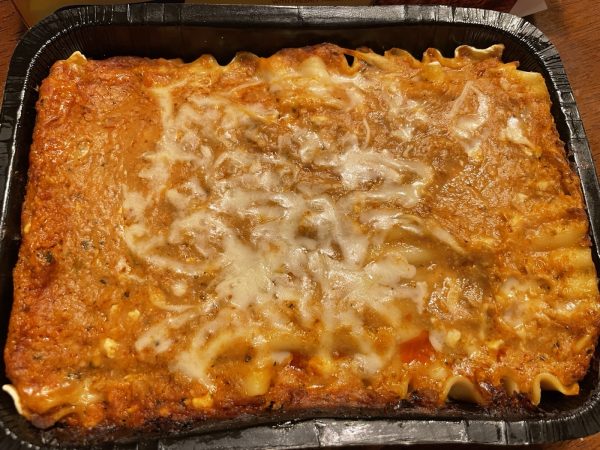 I’m not one to be bothered by texture or looks of a meal. I’ll eat anything, as evident by me purchasing the frozen lasagna to begin with. But I was curious if the manufacturer mixed up the sauce and put some sort of odd brown looking sauce that probably was better fit for frozen chili. 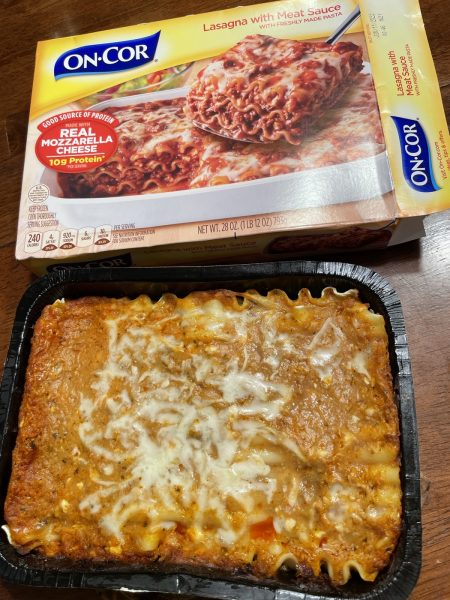 I took two bites and gagged. I then offered some to my daughter, who I would have been OK with if she used profanity. Instead, she ran off yelling, “No!”. Our dog who took a sniff immediately went outside to throw up. Slight exaggeration? Of course, but you get the picture. The food was awful. It was easily the worst meal I’ve had this year.

This was about all I could handle before calling animal control to come pick it up. I felt bad for my fork for putting it through that misery. 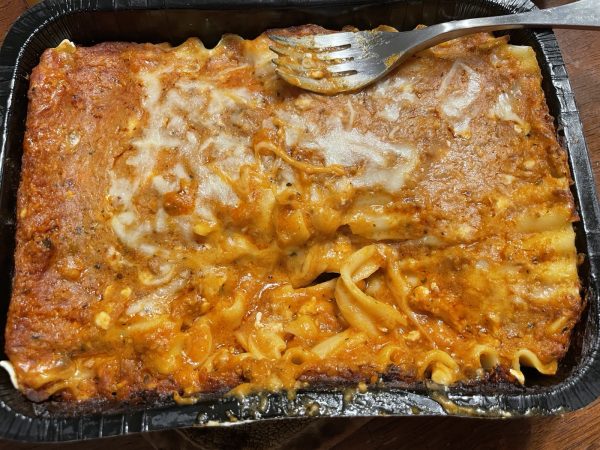