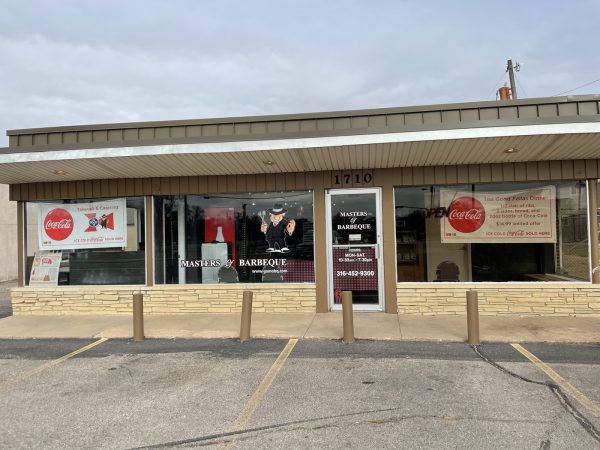 A new BBQ restaurant opened in Park City  towards the end of 2021 called Masters of Barbeque. Some people may recognize the owner, who was part of the group that opened the short-lived The Barbe-Q Pit. After things didn’t work out there, he decided to branch out on his own and do things his own way. Let’s check it out.

Masters of Barbeque chose an interesting spot as they are located less than a mile away from Ray’s Food Express. That’s two BBQ restaurants within a few short blocks of each other in the small city of Park City.

At the moment, M.O.B. (for short) is only open for carryout. Their menu featured a list of common BBQ favorites found at similar restaurants, but with mob type dish names to play off their abbreviation.

Before stopping in, I took a look at their Facebook page and noticed their description was as follows:

Masters Of Barbeque is for affluent adults age 30+ encompassing Millennials, Gen X, and Boomers. Our highly social guests are looking for the best in a fast-casual restaurant, but more importantly….the social validation that comes with it.

It’s certainly an intriguing way to describe a restaurant; one that I’ve never seen before. Can’t say I’m an affluent adult or looking for social validation. What I am looking for is some good food, that’s it.

For my lunch, I went with a 2-meat platter of brisket and ribs along with a side of beans and potato salad. I asked for a spud, but they didn’t have those prepared yet. This is what I received: 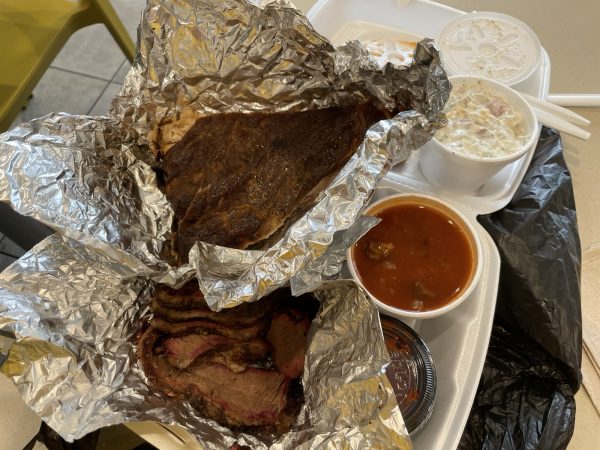 Starting off with the sides, the potato salad wasn’t all that bad. It was a little soupy but a decent side to begin with. What was really soup, though, was the baked beans. There were little pieces of brisket and pork I believe inside to give it a nice meaty texture. The sauce it was sitting it was extremely tangy, which I wasn’t expecting for a baked beans side. It was a little too much and distracting from the meal for me. 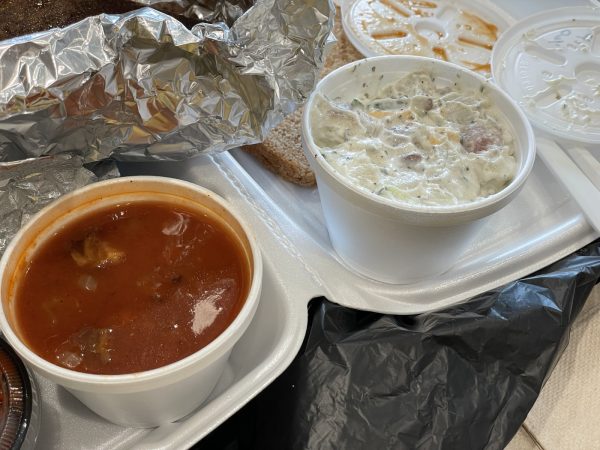 Moving on to the meats, they just didn’t do it for me. I hate to say that, as I don’t want to come off as some BBQ snob. The ribs were quite tough, dry and didn’t have much of a smoky flavor to it. I am not sure if I just happened to draw the short end of the stick and get the worst ribs out of the batch prepared, but I did.

The brisket, on the other hand, was alright. It was juicier and tender than the ribs, but not by much. It was missing something. The sauce that came with it was also quite tangy and didn’t do anything to enhance the flavors in a good way for me. I saved some of it for my family, who later confirmed my thoughts. 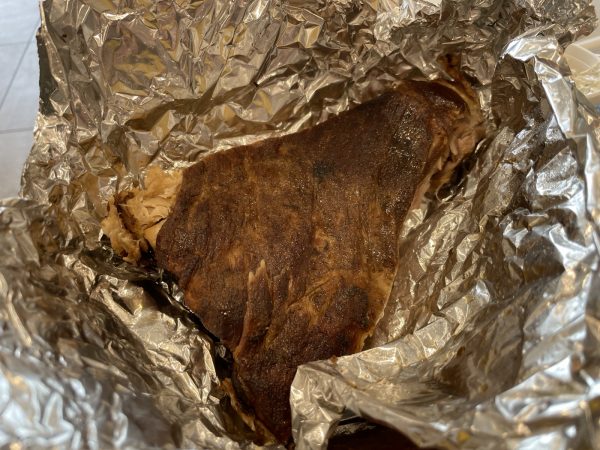 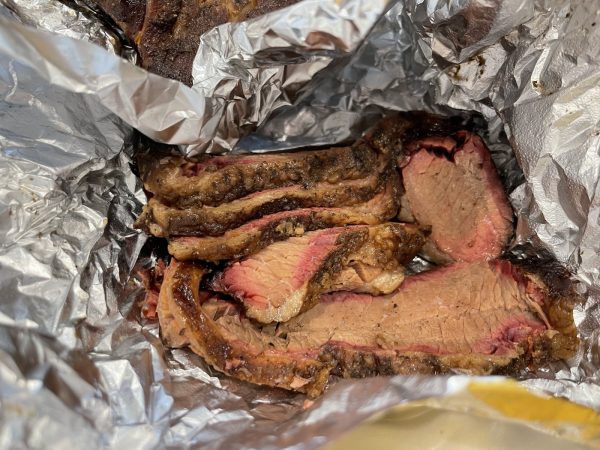 I REALLY wanted to like the BBQ. On my visit, the owners were very cordial, engaging, and simply nice to the customers who walked in the door. They were quick to make suggestions, let people know what specials and meals they had in the works. You could tell their heart was in it. But at the end of the day, the BBQ didn’t do much for me and left me underwhelmed.

At the same time, maybe I’m not in their target market they are aiming for. Who knows. 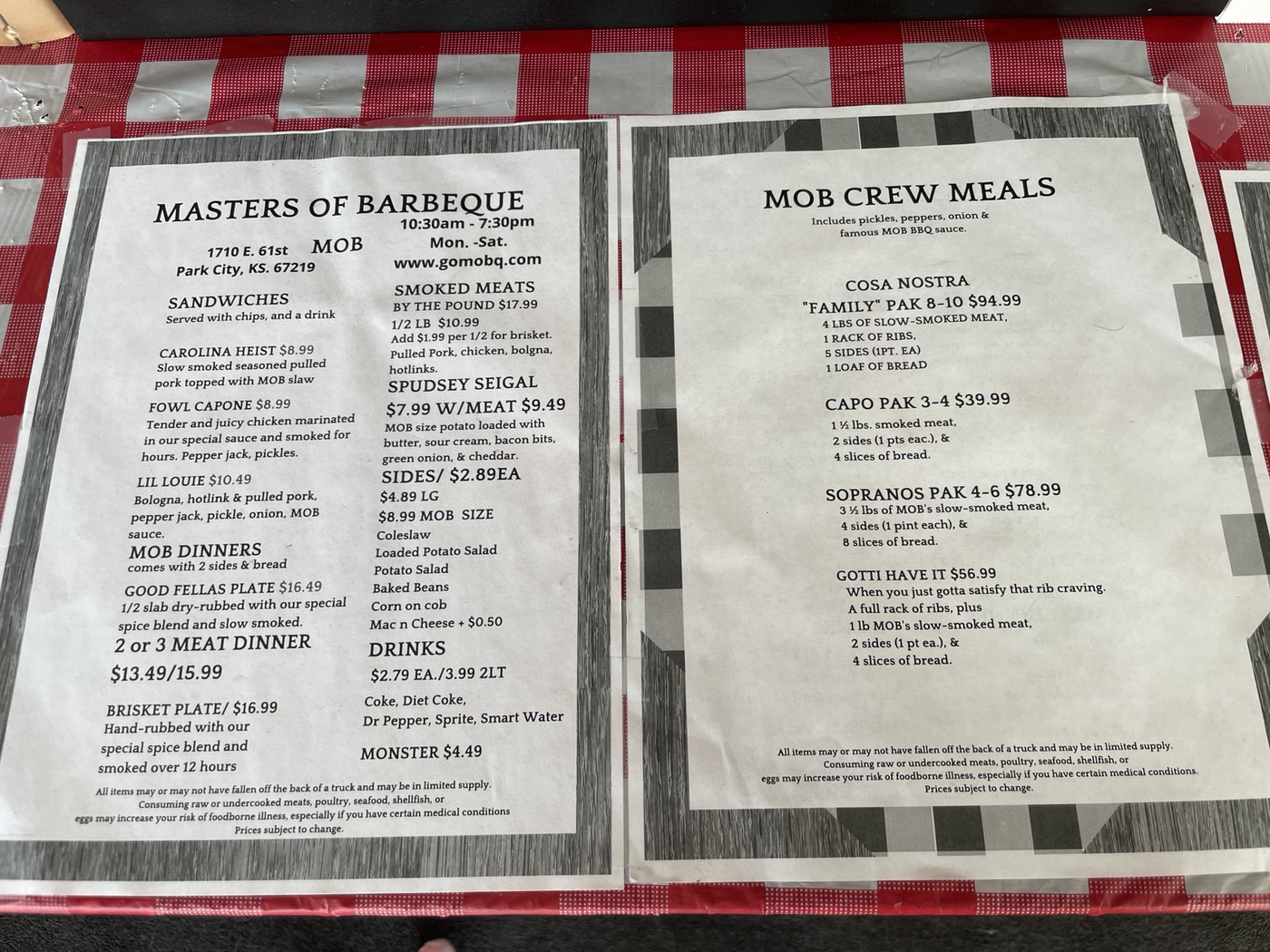