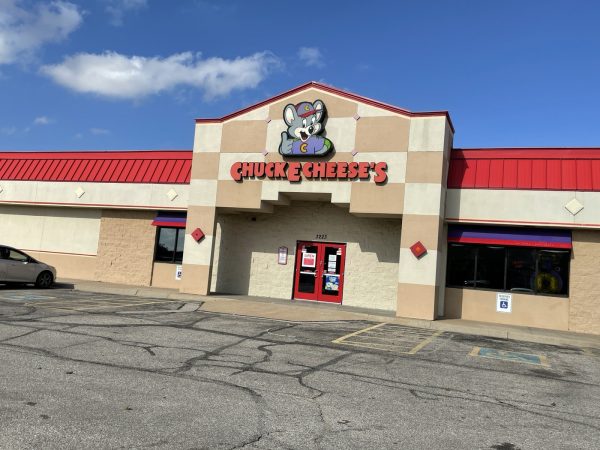 The last time I stepped inside a Chuck E. Cheese was probably 5-7 years ago when I identified as an uncle and was there for moral support to play with my nieces and nephews. While I’m still an uncle, I added on “father” to my resume and waited a few years until my daughter was old enough to enjoy the kid-friendly restaurant. We stopped by recently with some of her cousins for a night of food, fun, or really a reason for me to get another blog out. Let’s review Chuck E. Cheese.

Chuck E. Cheese is a kid-friendly chain known for its arcade games, pizza parties, play zones & mouse mascot. On my first stop back at the restaurant, the play zone was gone, and arcade games were placed in its spot. The whole space was covered in arcade games outside of the tables and birthday party area where the line of creepy animatronic Munch’s Make Believe Band hung out. My daughter was not willing to get within 50 feet of them. 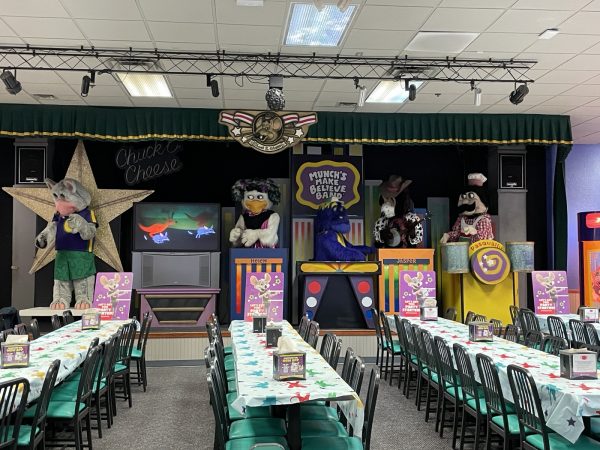 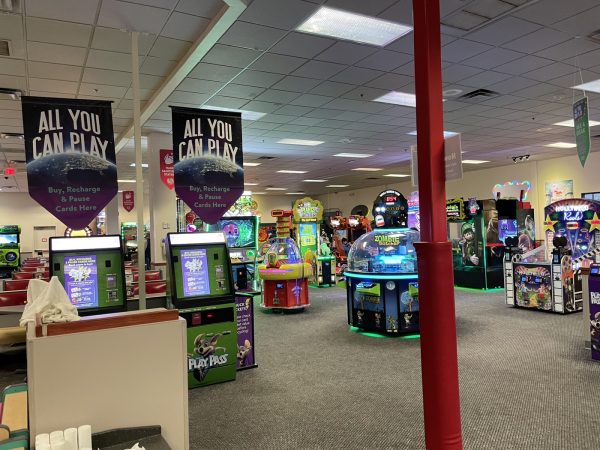 Let’s start with the arcade games. Like many arcades, gone are the days of tokens. You can either get a card, a card with a coil wristband or a play band to wear. 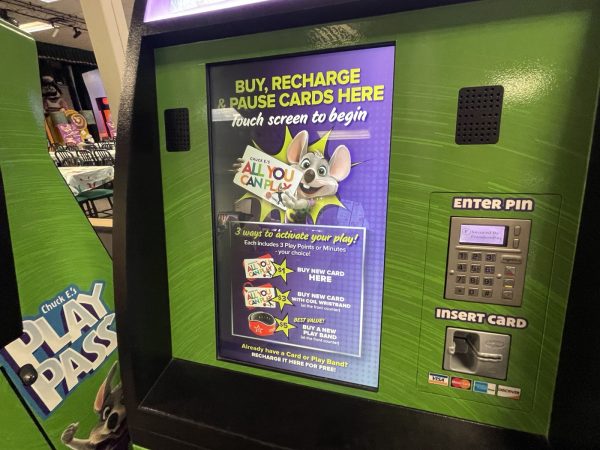 The coolest addition to Chuck E. Cheese was the option of buying cards, where you play by points or time. The arcade games charge 1 to however many points to play. It’s the most common practice you see at arcades. The option that was new to me was time. You could buy chunks of time on your card and play and unlimited number of games as long as you had minutes left on your card.

If you needed to take time to eat, you could go to the machine and pause your minutes one time and then restart the timer on your card when you were ready. It was genius! We went with that card. 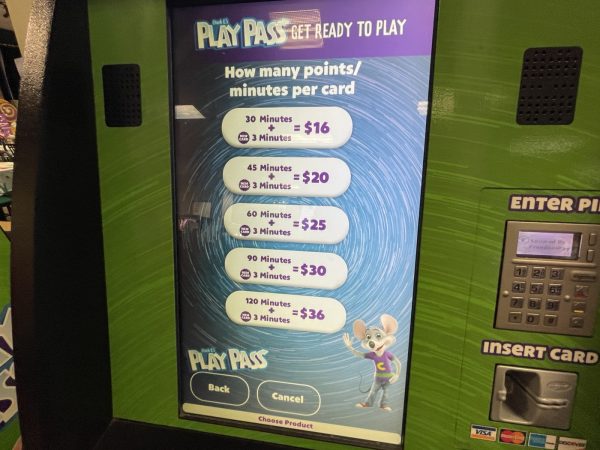 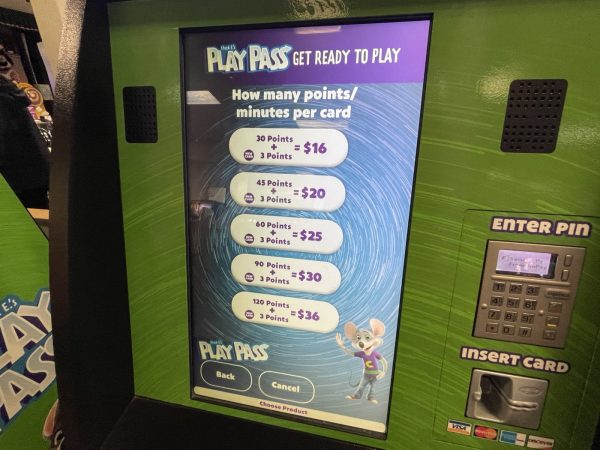 For our cards, it allowed them to play a game for a bit and move on to the next one quickly. They wanted to try everything, but would realize they were too short, or the game was too complicated. The all you can play card was accepted everywhere, including the photo booths. My daughter loved having little keepsakes to take with her. I was expecting some machines to have an upcharge, but that wasn’t the case. I liked the fact they didn’t try to nickel and dime you there.

Like any other arcade, there were some machines and riders that were broken or operating incorrectly. Some machines, the staff tended to quicker than others, but it wasn’t so bad that it caused an issue. For the kids, they had a phenomenal time on the arcades. Keep in mind, they also had games for olders kids and adults. 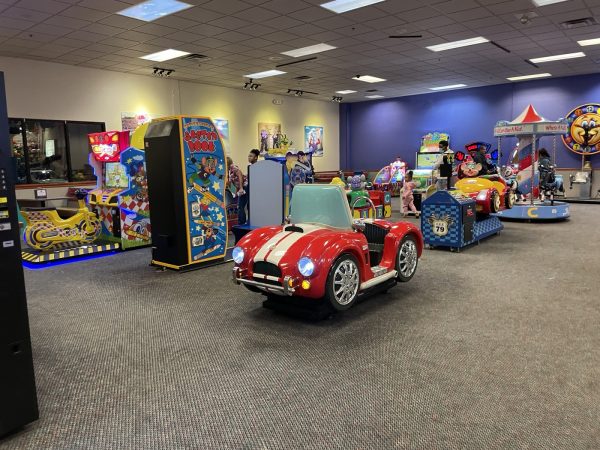 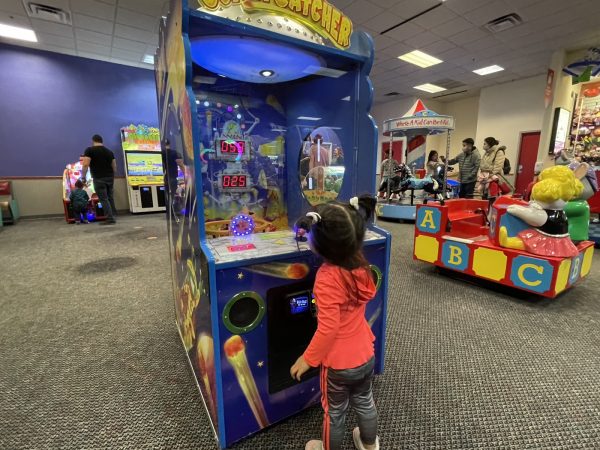 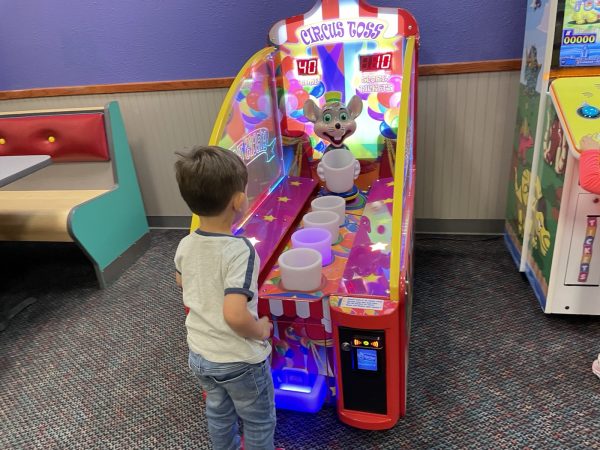 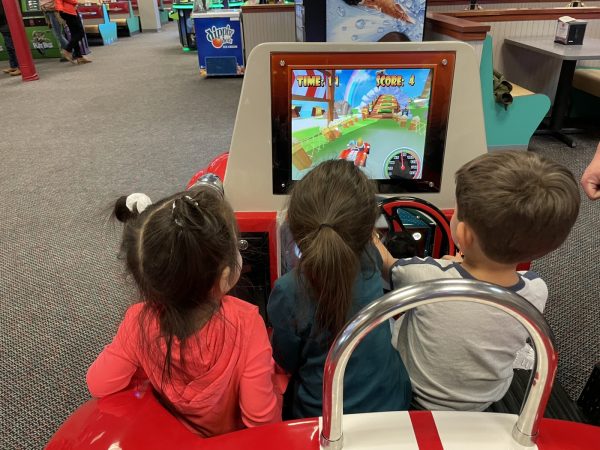 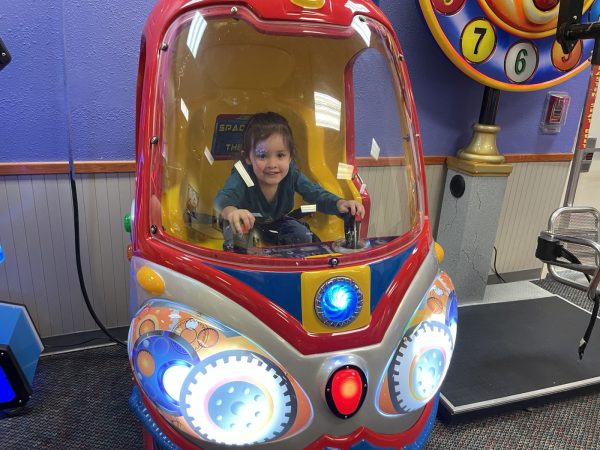 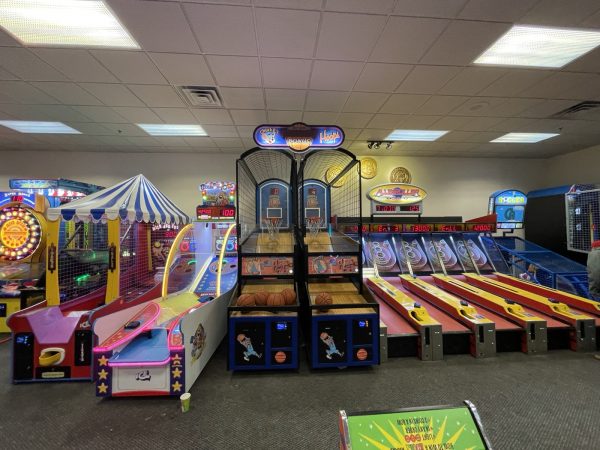 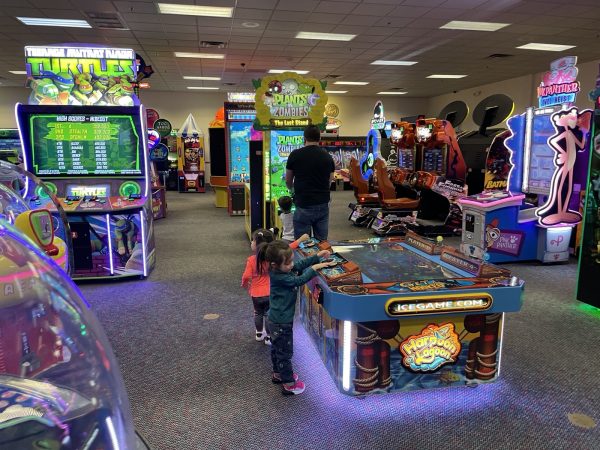 As for the food….. well, let’s be real. While Chuck E. Cheese may be popular for the pizza, it’s not going to win any “Best of” Awards here in town. The food was a little pricey and just not that good. We all shared the same sentiment that the wings tasted like they were the frozen bag type. The edge of the pizza crust was literally rock solid. The kids enjoyed the pizza, outside of the crust, so maybe they might have the magic recipe to please toddler palates. And the adults? Not a single one was a fan of the pizza. You were paying more for the ambience than anything. Nobody’s going out of their way just for the food. If they are, then props to them. 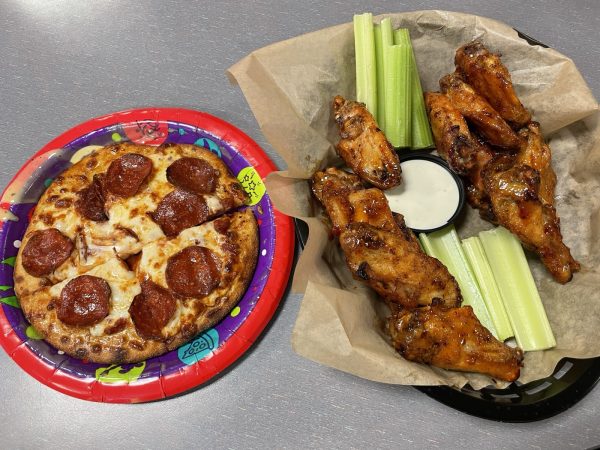 One thing that did impress me was the service. The staff did a great job of cleaning up tables, sweeping floors, taking food orders and attending to guests. The place was well kept and in better condition than I last remember. It’s probably a tough working environment with tons of little kids being kids and making messes, but the employees did fantastic. One older lady was a superstar, I was watching her at times and it was as though she was training other employees, working every part of the restaurant and engaging with the children.

So, what did I think about Chuck E. Cheese as a whole? The food simply isn’t good at all. My daughter, though, had a ball. Her eyes were lit up with joy at many of the games. She wanted to take pictures, try all sorts of machines and let loose.

My heart melted, my eyes teared up and almost made an illegal U-turn to go right back to see that smile on her face. Even though it’s not my scene or food I like, I’ll go back every day of the week to elicit that type of joy from her again. 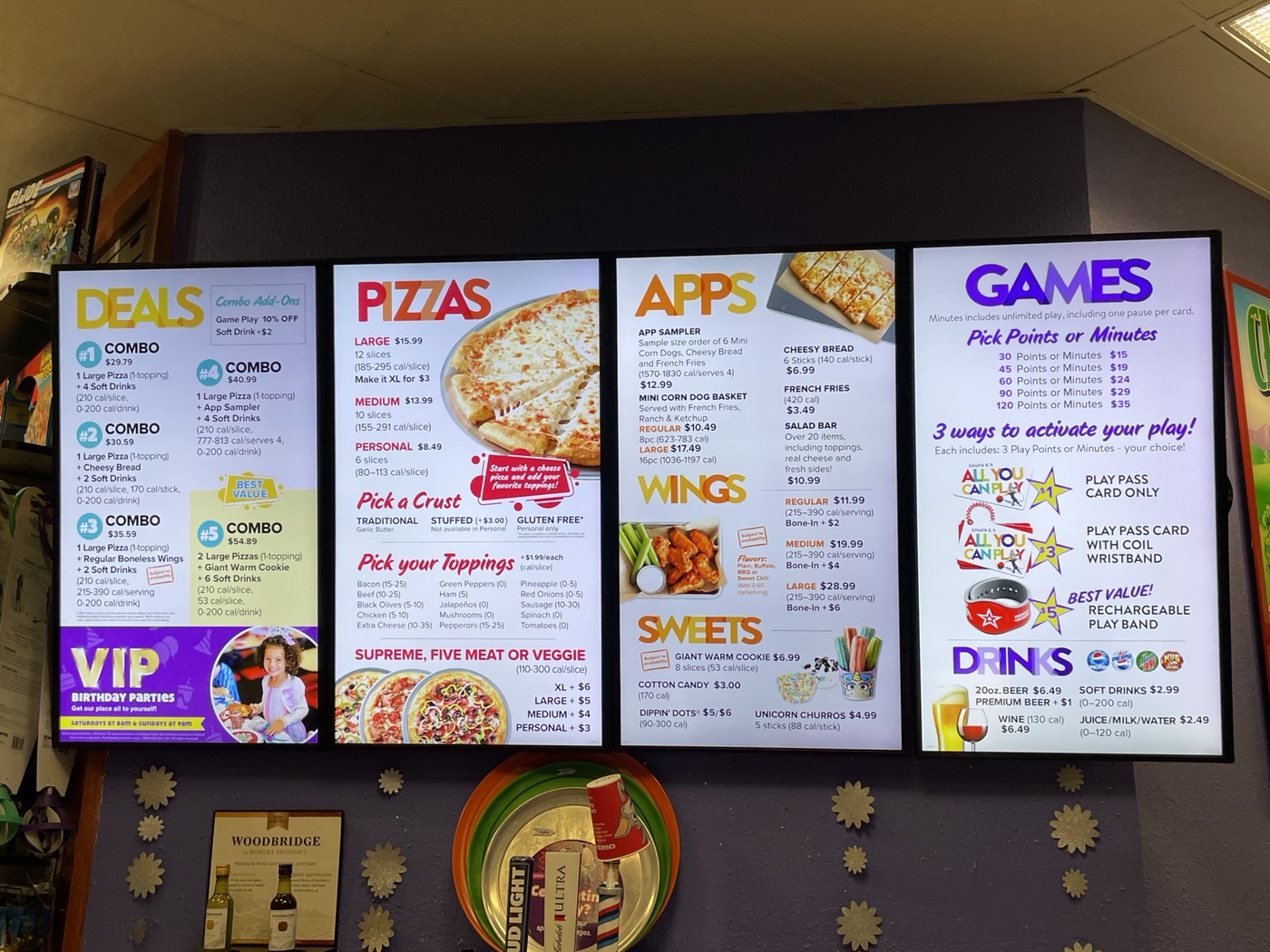