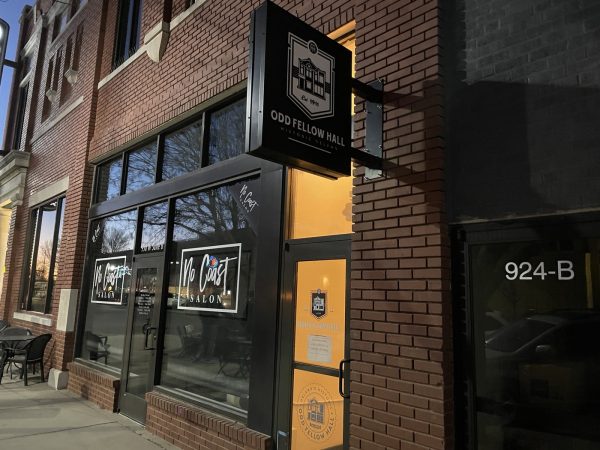 If you hadn’t heard by now, there’s an event center located in Historic Delano at 930 W. Douglas called Odd Fellow Hall. The space located above Leslie Coffee Co. used to serve as a meeting place for the Independent Order of Odd Fellows from 1911 until the 1980s. Now the space serves as an event venue, recording home for The Yadda Yadda Yadda Show, watch parties, concerts, chef’s dinners and more.

Recently, I had the opportunity to attend one of the chef’s dinners. It’s a series that Odd Fellow Hall has been hosting where local chefs come cook in their full state-of-the-arc kitchen and serve diners a multi-course meal. Each course is then paired with a cocktail created by mixologist William Cody Lonergan who runs Odd Fellow Hall along with Jimmy Vo who some people may know as the owner of Kan-Grow Hydro Farm.

For the Chef’s Collective Series, Jason and Jordan Rickard were the feature chefs. They are preparing to open FioRito Ristorante and this was a chance for diners to get a glimpse at their cooking.

Doors to the event opened at 6 p.m. and were locked at 7 p.m., so punctuality was (and should be) required. The sold-out event was beautiful from the moment you stepped foot inside. There was an elegance to it that made you feel like you were about to embark on an unforgettable evening. 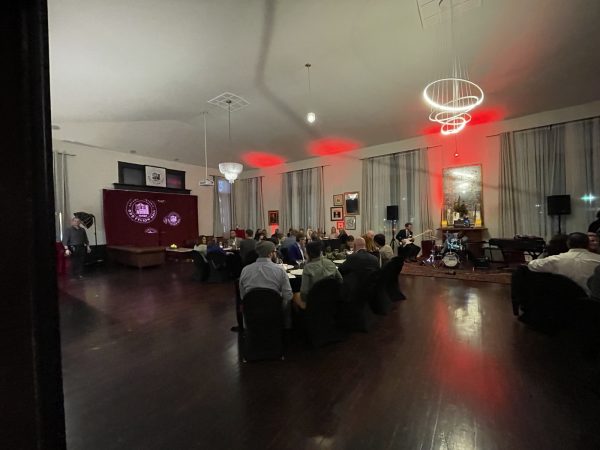 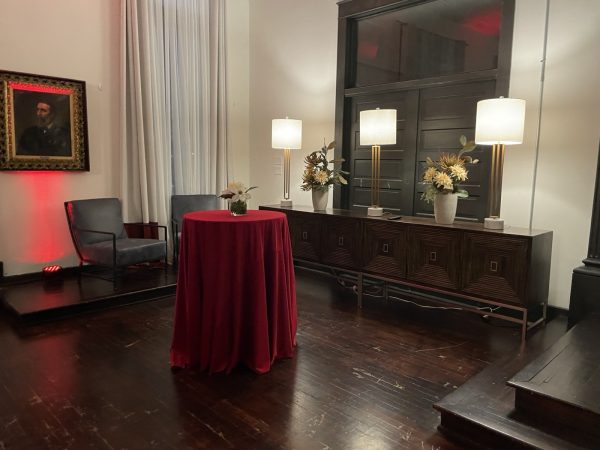 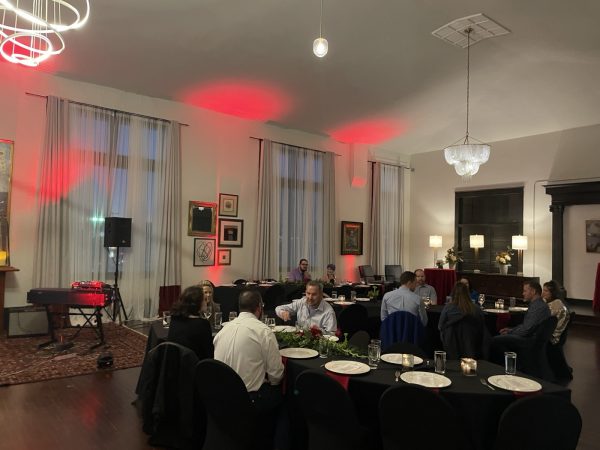 Once the 7 p.m. hour hit, Jason and Jordan Rickard, Jimmy Vo, and William Cody Lonergan welcomed everybody and gave the details on what they should expect for the evening. 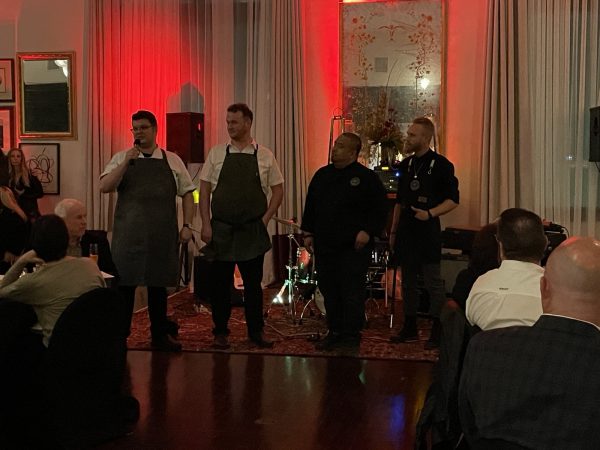 Jimmy then kicked it off to Sage Judd & Co. who provided musical entertainment throughout the evening. 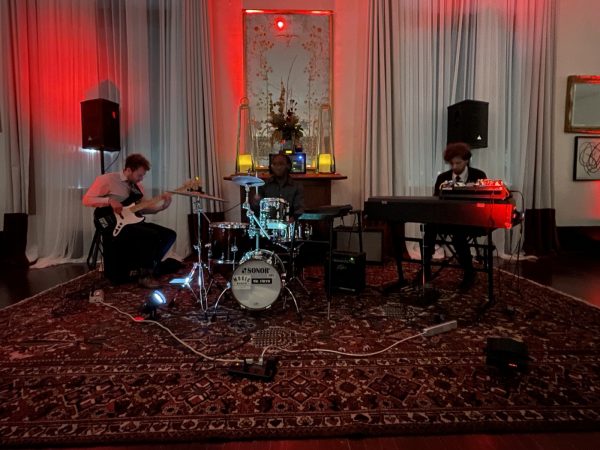 The 8-Course Meal and Cocktail Pairing

From there, it was on to the 8-course meal and cocktail pairings. 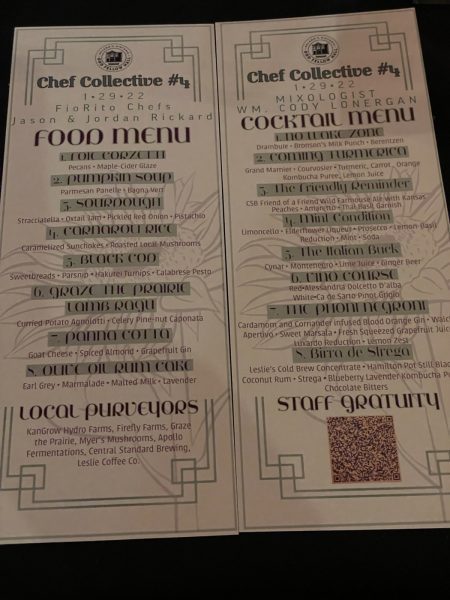 Here’s a look at all of our dishes and cocktails we had:

The food and cocktail pairings were wonderful. As you can tell, there was a huge Italian influence on the meal given that the chefs are planning to open an Italian restaurant. A huge majority of our food and drinks were unique and something you wouldn’t find around town. That was part of the beauty of the night. Chef’s dinners are spectacular because it gives the chef’s a chance to show their culinary prowess and branch out from what you’d normally find on a menu. Add in having a mixologist to pair cocktails with those dishes, and it gets even better.

I asked the people at my table what their favorite dishes were and the ones that stood out most were the pumpkin soup, carnaroli rice with mushrooms and the black cod. If I could fit my face in the cup, I would have licked every ounce of soup out of there. It had a thicker texture and the pumpkin flavor wasn’t so overwhelming. The mushrooms in the rice might have been the best mushrooms I’ve ever had in my life. As for the drinks, Mint Condition and The Phoni Negroni followed by the Birria de Strega were the ones I enjoyed the most. I’m so stuck in my ways of ordering a vodka water, that it was nice to branch out for once and be introduced to a whole new world of cocktails I wouldn’t have otherwise experienced.

If you’re all about local, there was no shortage of that in the dinner. They used many local purveyors like Firefly Farms, Graze the Prairie, KanGrow Hydro Farms, Myer’s Mushrooms, Apollo Fermentations, Central Standard Brewing, and Leslie Coffee Co.

The Experience at Odd Fellow Hall

One thing I should mention about the experience is the seating. There was no assigned seating, everybody just grabbed whatever seat they could find. Some people arrived in large groups and sat together, then there were others who were just in groups of two or four and sat with complete strangers. I loved the concept as it allowed you to meet with other people.

Let’s face it, anybody who attends a chef’s dinner is probably someone who really enjoys the dining experience, so you’re surrounded by people who love food and don’t mind talking about it. I was joined at the dinner by fellow blogger Significantly Spicy; I invited him to dinner as a way of saying thank you for everything he’s done in the community to help the less fortunate and all his additional contributions to the music and food scene. Another couple sat with us that were a joy to talk to. In Wichita, there’s 1-2 degrees of separation, and it was no surprise we each knew so many of the same people. Throughout the night, we talked food, drinks, Wichita, our kids, everything. They were a blast to have dinner with, and they reminded me of Rip and Beth from the television show, Yellowstone. And yes, I did tell them that and it was a huge compliment.

We live in a digital society, where everything is on the go, conversations are through text, zoom, Teams, email, you name it. To have three hours, where you could sit and chat with people over a delicious meal, was a nice break from all that. We all need more of that in life. 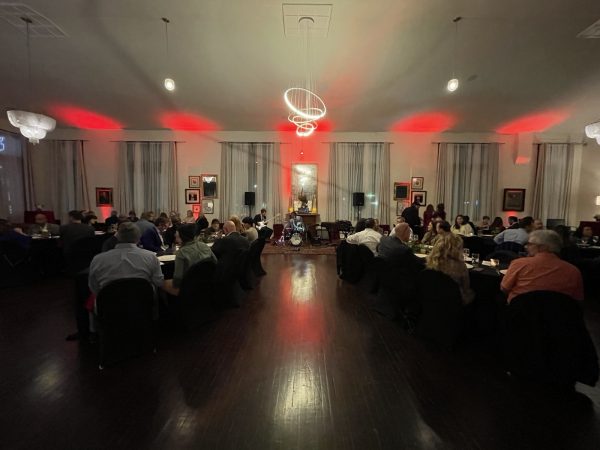 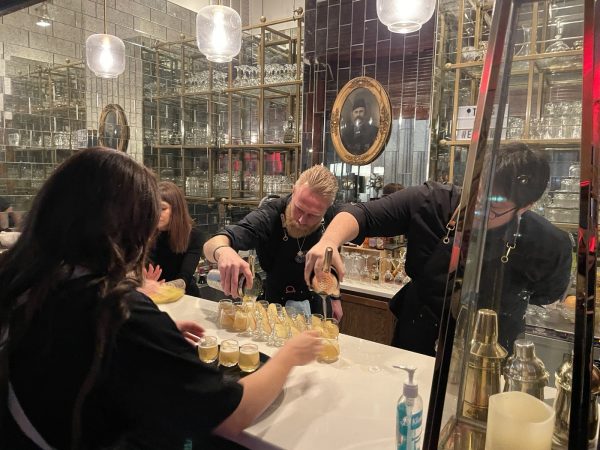 Overall, it was such a great night of food, music, and cocktails. Everyone involved did a phenomenal job of playing their part in making the night what it was. The service was top-notch, the attention to detail stood out, and it was an experience that everyone should try at least once if they’re able to.

To find out when that is, be sure to check out the events page on the Odd Fellow Hall website to find out.