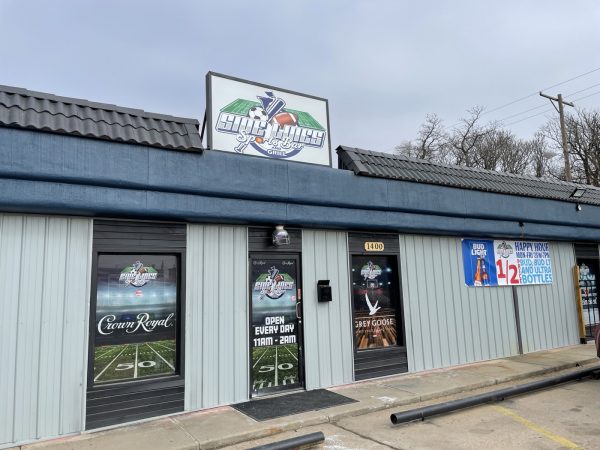 There’s a new sports bar in Wichita that has taken over the former Club Boomerang space at 1400 E. 1st St. Sidelines Sports Bar & Grill is aiming to be more than just a bar. They want it to be a shrine towards local sports with sports memorabilia from many local athletes who excelled well, not just here but at the collegiate and professional level. It’ll also be a family-friendly environment, so you could bring your family in for a bite to eat if you wish.

Here’s a look inside the new sports bar. 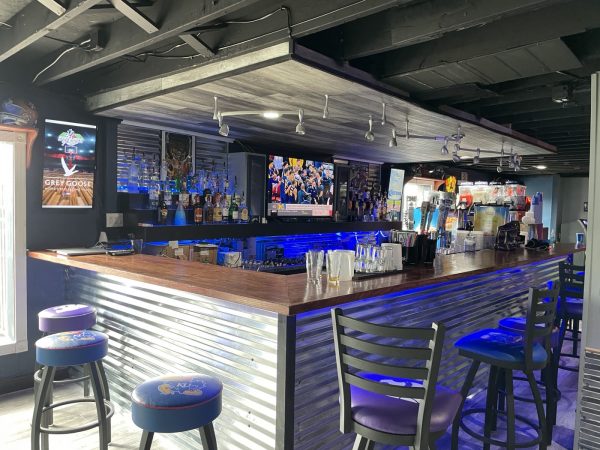 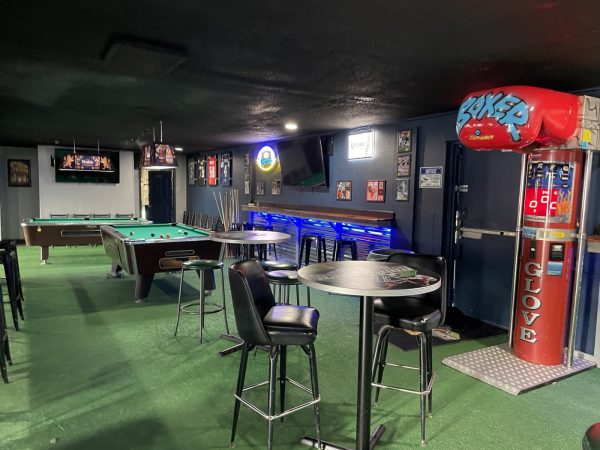 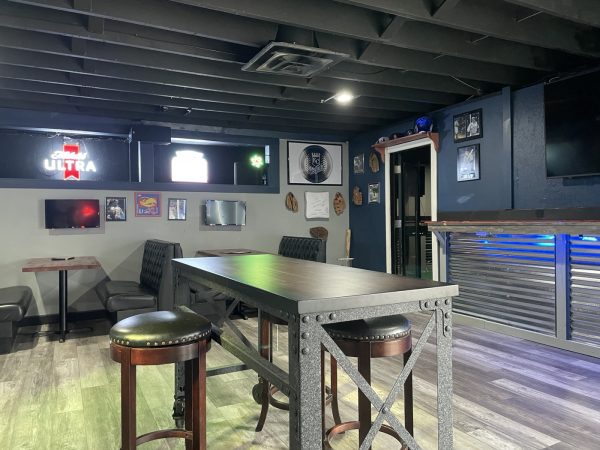 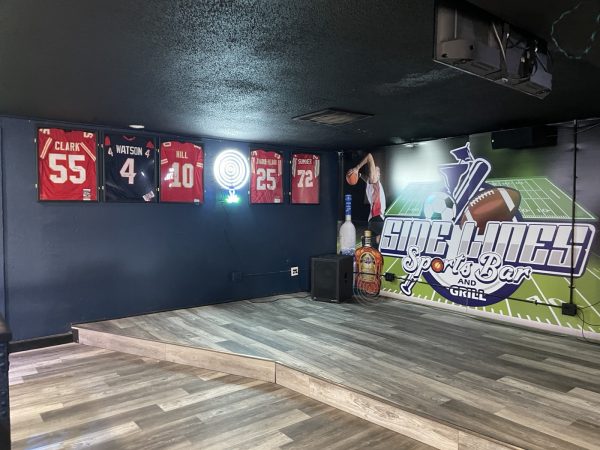 I was joined by fellow local bloggers, Fert the Foodie and Live Local ICT, as we dropped by to check out the food.

When we arrived, our server did inform us they were still out of many items on the menu like tacos, wings, tots, and more. And their pizza machine wasn’t hooked up yet, so that was unavailable at the time as well.

We ended up getting the Sideline Burger which was topped with double bacon, pulled pork, fried egg, melted cheddar cheese, lettuce, tomato, onions and pickles. A reader asked me to try the Shrimp Po’Boy which had fried shrimp, shredded lettuce, American cheese, tomatoes, and SL sauce. The lunch was rounded out with the catfish basket.

As we were waiting, the manager did come out and let us know they were having issues with the fryer. After that, it did take a while for our food, but they did bring us out some complimentary chips and salsa, which was a nice touch. 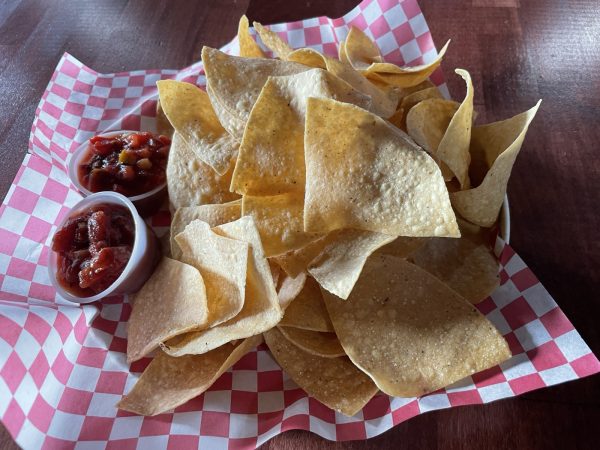 The rest of our food came out in a little under an hour.

We all tried bits and pieces of each other’s meals. The catfish was a little overdone, bland and didn’t have that flakiness that I really love in catfish. I did really enjoy the fries though, there was a great balance of crispiness and firmness to them; and nicely seasoned.

The burger was probably the best of the bunch. There was a lot going on, and all the toppings complimented each other well for a good, juicy burger. 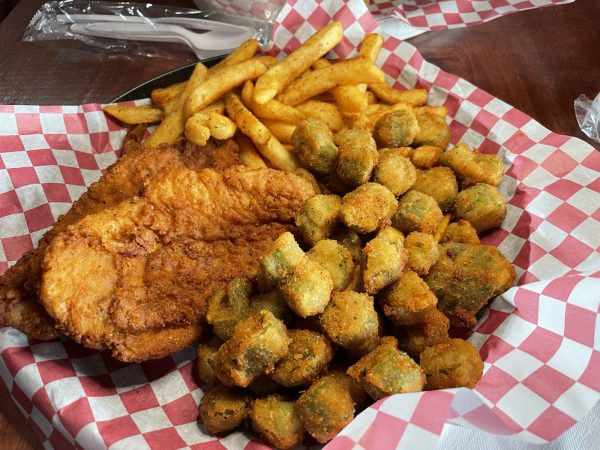 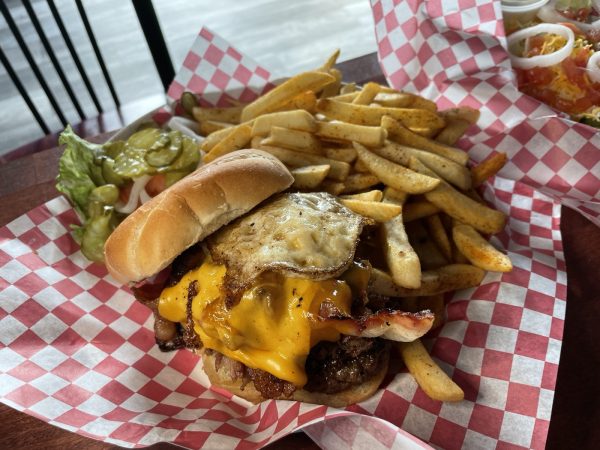 My order was the Shrimp Po’Boy and I’ll admit, I was very disappointed. There was no cheese, which was not a dealbreaker for me. There was no sauce in the Po’Boy and it was dry to the bone. I’ve long stated that there isn’t a great Po’Boy in town, and this added to my track record of letdowns in the Louisiana staple. The fried shrimp was more crunchy than anything else, due to its heavy breading. It just felt like a very lazy attempt at a Po’Boy. 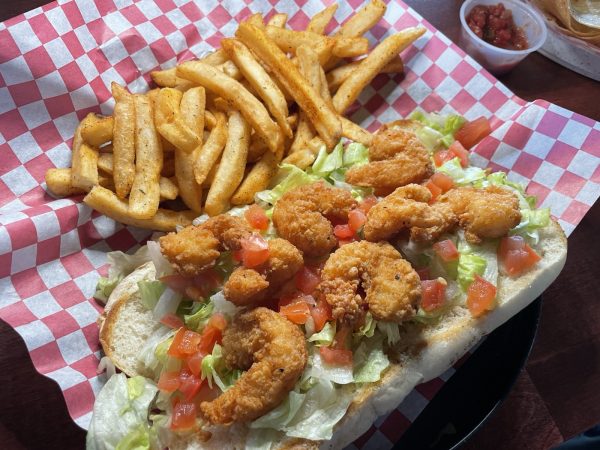 Some positive takeaways from Sidelines was that I liked the renovated space. It was pretty open and offered a lot to do in a sports bar like pool, looking at memorabilia, plenty of televisions, the boxing game, Golden Tee and more. Our server was also on top of things like drink refills.

They’ve been open for about a week and a half, so there’s plenty of time to get the kinks out. It was unfortunate the fryer went out, but the manager did a fantastic job of letting us know to set the expectation that our food was running a bit long. We were the only customers inside, so that was kind of a blessing given the issue they ran into. There were no complaints from our end when our food was running late and the manager comped half of our bill without us saying anything.

When we were first arrived at Sidelines, there was only one television on and no music. It was weird sitting in a sports bar with black screens on most televisions and barely any noise; nearly dead silent inside.

As a destination to hang out and have some drinks, it has some promise. We think the food definitely needs some work, but many of the other issues can quickly be addressed. 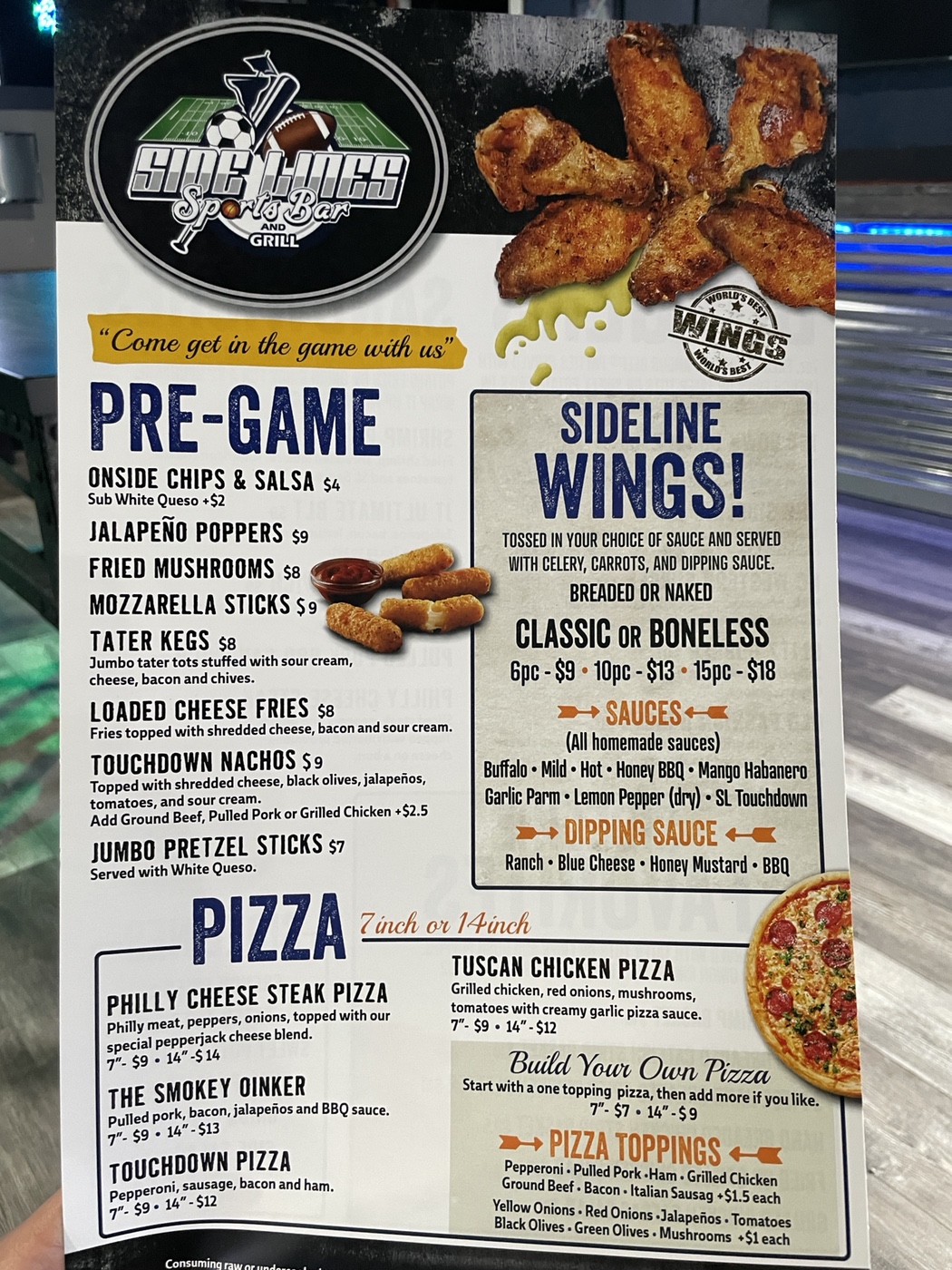 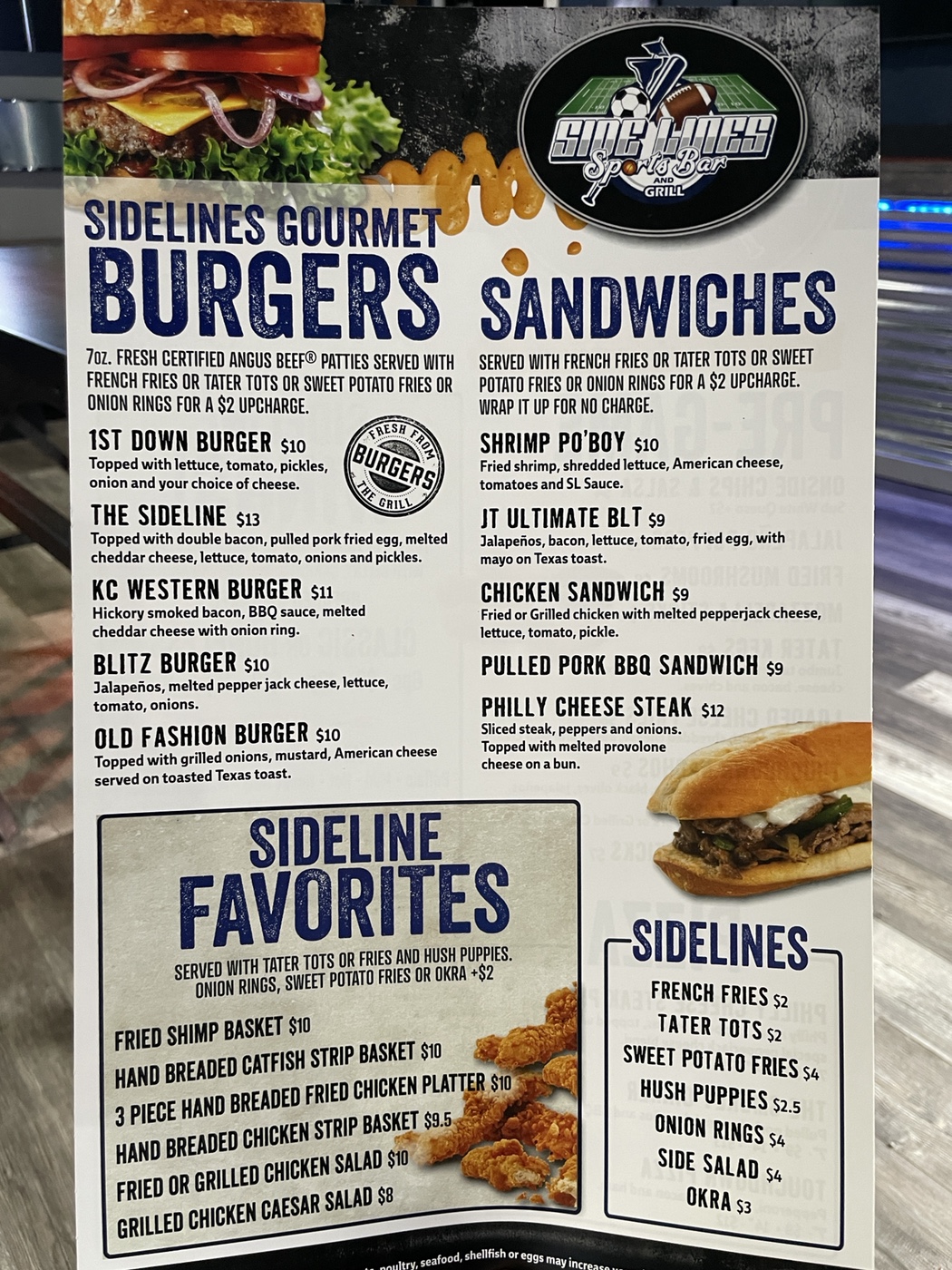