What happens when you take three kids out to eat sushi for the first time? I was about to find out. The oldest is 18 and she’s discussed eating sushi for the longest time. Then there’s the 13-year-old who has briefly mentioned trying it as well. Of course, there’s me who loves a fun dining adventure and introducing people to new food!

We had a big family outing and took all the kids to eat sushi along with the 18-year-old’s boyfriend, who too has never experienced sushi. This was either going to be a lot of fun, a waste of money buying sushi, or the moment three kids found a new passion for one of my favorite cuisines.

For dinner, we stopped by Tokyo Japanese Cuisine at 446 N. West Street, which also happens to be a regular sushi spot for me in Wichita. I love them.

The Experience of Sushi for the First Time

Everybody left it up to me to order the food. I didn’t want to throw them head first into sushi and started off with some gyoza.

Gyoza, aka Japanese pan-fried dumplings, are a favorite appetizer for my nieces and nephews. So, I thought it would be a good starter for the kids and a safe way to keep their minds open. They took a look at the gyoza with curiosity and angst. Keep in mind, these three kids are very stuck in their ways when it comes to food. They were taking a HUGE leap of faith in this adventure. Both boys were more adventurous and dove right in and, just as I thought would happen, they were surprised by it. The oldest was still hesitant, but eventually took a bite. I think she was quite indifferent about it. 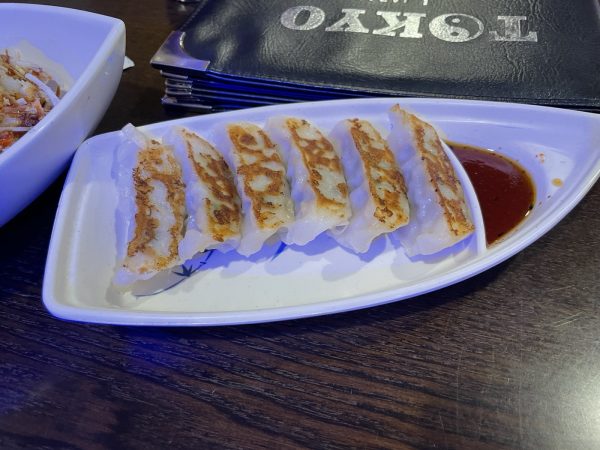 For the rolls, I kept it as simple as possible. I had Tokyo Japanese Cuisine bring out a California Roll which I don’t even consider to be sushi and a Shrimp Roll. They’ve eaten shrimp before, so this wasn’t too extreme of an introductory roll.

Around this time, it felt like ten hours went by until they took their first bite. The boyfriend was the first brave one and took a bite of each roll. He had this “questionable look” on his face as he wasn’t sure what was going on with his taste buds. He took a couple bites of each before tossing in the towel; sushi wasn’t in the cards for him.

This might be another exaggeration, but I believe ten more hours went by before the other two attempted to try the sushi. The youngest took a few bites of sushi with his fork and didn’t think it was too bad, but not enough to where he would be all about going to get sushi a second time.

Then there was the 18-year-old who was the most dramatic about it. She was pretty vocal and adamant about her hesitations. It was so dramatic, I thought I was being filmed for a reality television show. Eventually, she gave in a took the smallest bites in the world. My hoping was that third time would be the charm for one of the kids to enjoy sushi, but alas, that was not the case.

I’m not sure if it was the texture, the seaweed paper, the thought of sushi, or what, but this was an adventure that didn’t end with much success. 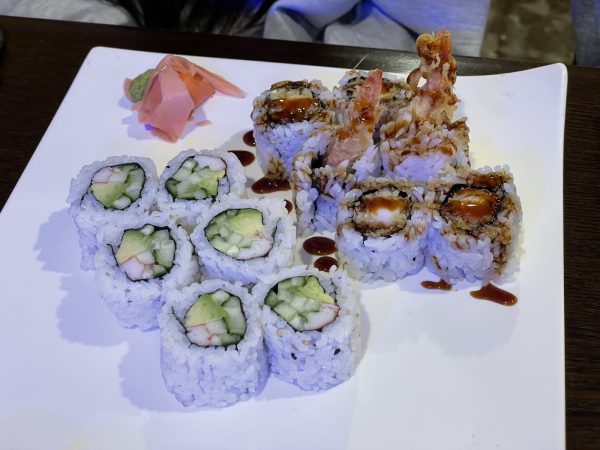 Around this time, I thought I’d take my chances and see if they would try some baby octopus.

When the glass of deliciousness was brought out, I think the 18-year-old thought she had just seen a dead body. I offered everybody at the table an octopus and there were no takers.

After some negotiations, the 13-year-old agreed to eat one octopus for $20. The price of the baby octopus essentially tripled for me. He ate it and said it was not too bad, but had a chewy texture. That was like a win in my book and the most positive thing I heard all night. Meanwhile, the 18-year-old was still mortified and trying to super pressure her boyfriend into trying one with no success. 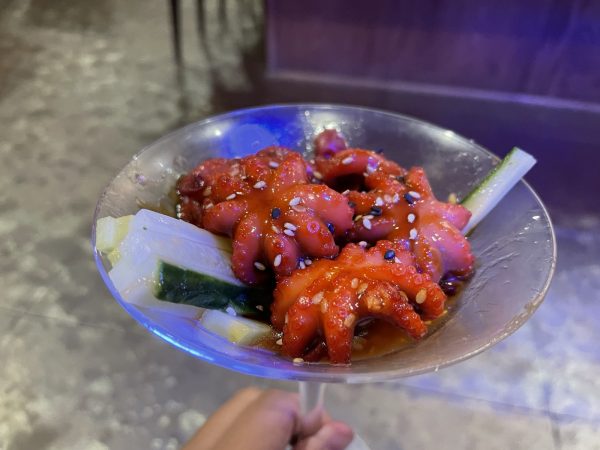 All in all, it was still a fun dining adventure and the outcome was pretty much what I expected it would be. It’s a memory I’ll hold to for a long time, just like the time I got them to eat grasshopper tacos.

What should I get them to try next?