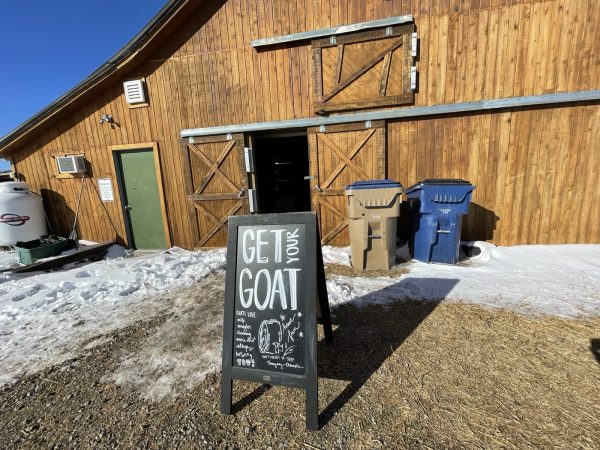 Have you ever wanted to see what it would be like to own a goat or even rent a goat? If the answer is yes, this is the blog for you. If not, please continue reading because you’re already this far. The farm in Kechi, KS, Elderslie Farm, has been offering a unique experience that gives people the chance to get a baby goat for 24 hours.

I was back and forth on doing it, but the rest of the family seemed really excited about the idea. Then our youngest who is 2 is possibly Wichita’s biggest goat fan. If anything, I made a reservation simply to see my daughter’s reaction. This was 95% for her and 5% to write a blog.

Reservations were made via their website. Slots were available for Friday and Saturday, and they sold out quick. Each reservation was for close to a 24-hour block of time and $25. The cost included the goat and a gallon of formula. Bedding was an additional $8 for those who didn’t have any hay. To nobody’s surprise, we don’t have spare hay lying around, so I added bedding on my tab.

I arrived at Elderslie Farm on a Saturday morning to pick up the baby goat. Everyone was asked to bring a kennel to transport their baby goat. When I checked in, they gave me the name of the goat to locate. There were a ton of goats and it was a mini-scavenger hunt trying to find Dawn. 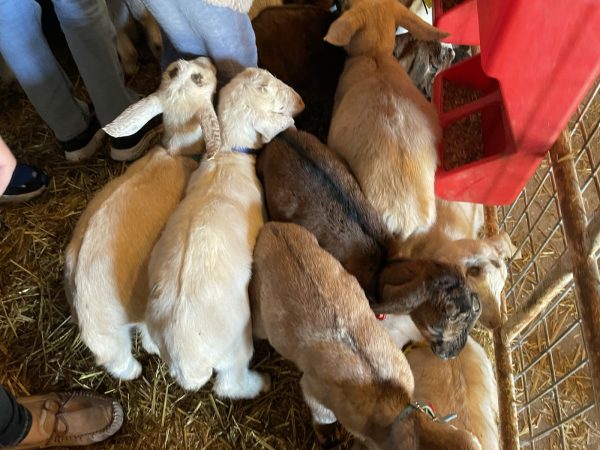 Soon, I had Dawn in my arms, who had the saddest look on her face. One thing that stuck out was a little girl tugged my hoodie and said, “You have Dawn? My friend had her last week and loved her. Dawn is the best.”

I appreciated the positive review and prayed that she was right. 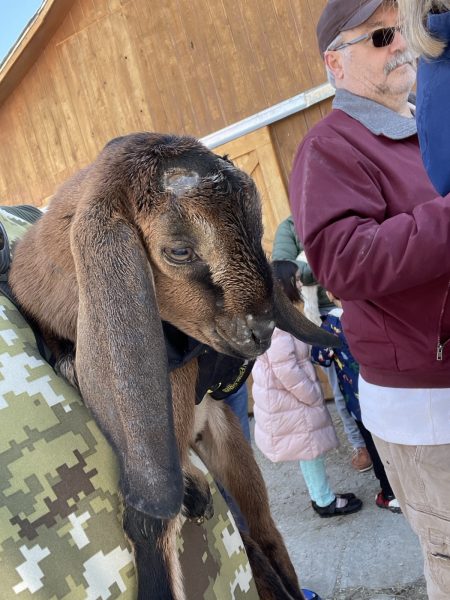 With Dawn in my arms, I listened to a 15-minute training class on what to do and what no to do. Things that stuck out were that goats pee and poo all the time (Good thing I picked up a few spare blankets from a thrift store). Everyone was also told that we were responsible for anything that happened to the goat. After that, I was off to pick up the formula and bottle. 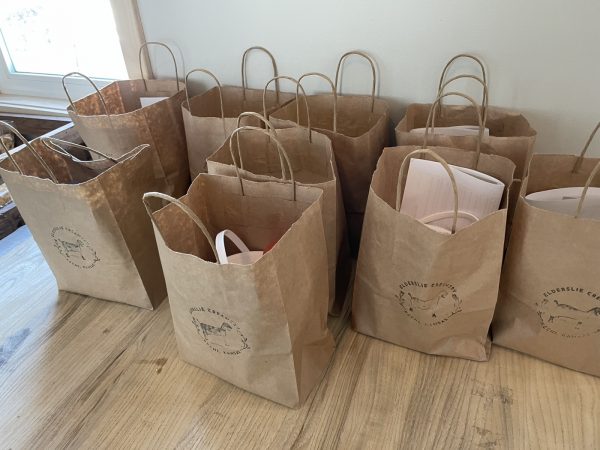 I paid for the goat rental and bedding, then made my back to the barn to get the bedding for Dawn and her kennel.

Twenty minutes later, I was off with Dawn to experience 24+ hours of owning a goat. The entire drive home, Dawn was whining with a very high-pitched “baaaaaaaaaaaaaaaa”. No lie, I turned Ed Sheeran on and she started to quiet down. 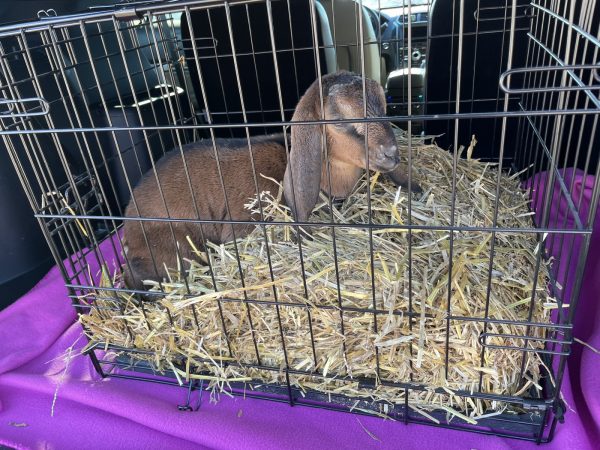 24 Hours at Home with Dawn

When I pulled into the driveway, my daughter was at the door with the biggest, brightest eyes I’ve ever seen. It was one of those faces, you’ll remember forever. She was so excited. Meanwhile, I was so scared for what was to come.

The first couple hours was Dawn walking around and checking out the scene. The whole time, our Jack Russell Terrier and 2-year-old followed Dawn everywhere. She was probably thinking, “I have to deal with these two the ENTIRE DAY?” 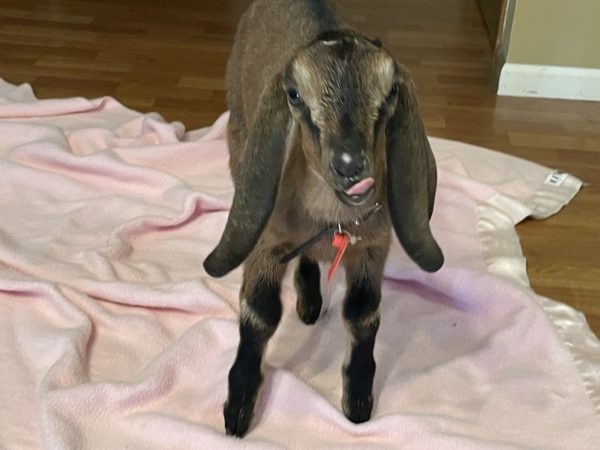 I don’t get much anxiety, but the next 24+ hours were a different story. There was so much worry she would pee on the carpet or get hurt. I believe I was told to “calm down” 200 times.

We invited friends and family with kids over, because we knew they would really enjoy seeing a goat. The kids thought it was really cool, but then also realized they were around other kids and decided to run off and play together. Watching the goat was primarily the parent’s job. I’ll say the thing they enjoyed the most was feeding Dawn. She probably had about a couple of bottles during each feeding…. girl was HUNGRY! 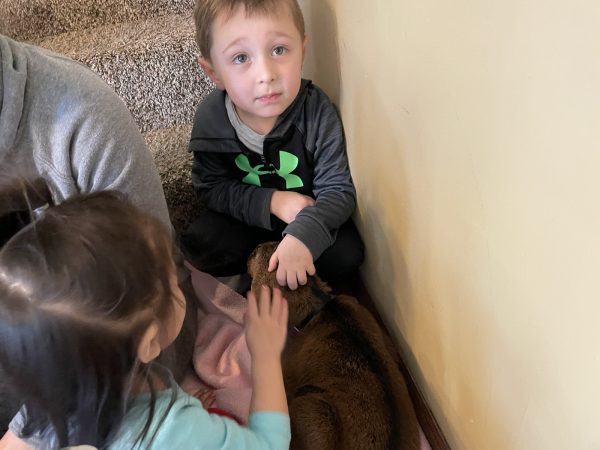 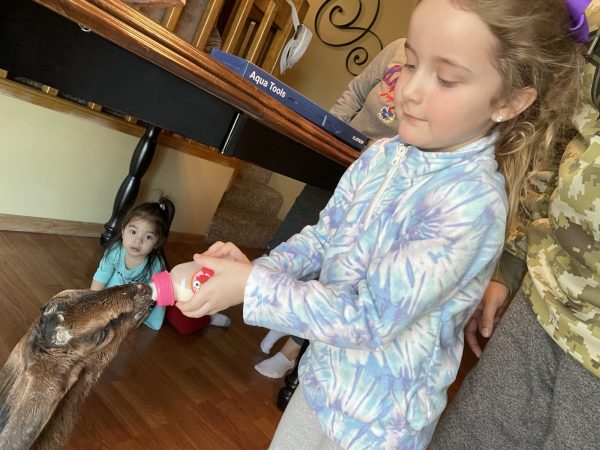 With all the formula, that meant lots of peeing. We took Dawn out about once an hour, and she did a fantastic job of making sure to pee outside.

The entire 30 hours, she pooped only twice, and both those times were outside. It looked like tiny green pebbles glued together.  Yes, you’re getting the important facts on this blog. I’m praying she didn’t poop a third time secretly around the house. If she did, I’ll update this blog. 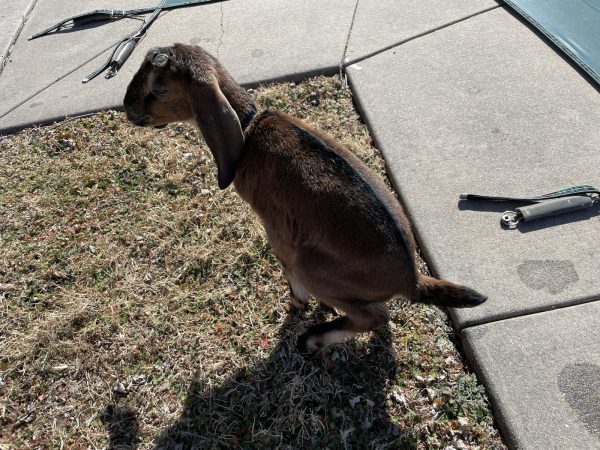 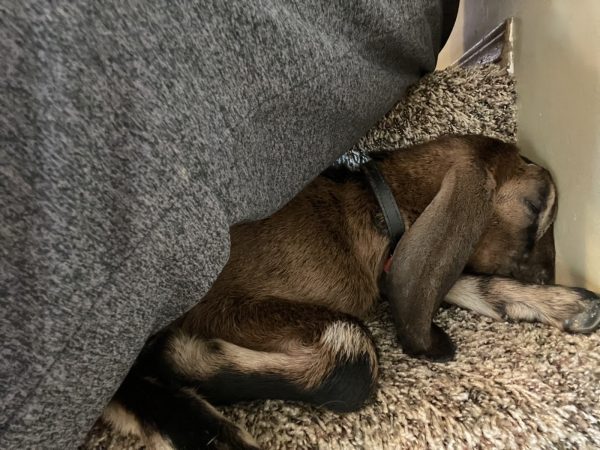 The rest of the day and night, she was very needy and wanted the constant adult touch. Dawn always had to be lying next to someone. She was VERY affectionate and sweet during these times. But if you got up and walked away, it was loud “Baaaahhhhs” that anyone in the house could hear. She made sure nobody strayed too far off.

It was pretty routine for the late afternoon and into the night. She would pee on the hour, drink her formula for dinner, nap, walk around the house for a bit and then cuddle.

I’ll say that things went downhill when it was bedtime for everyone. We thought she was tired and placed her in the kennel to sleep for the evening, but she was not having any of it. She cried for roughly 45 minutes. Eventually, we caved in and Megan let Dawn sleep with her on the couch. She definitely took one for the team as I slept in the bed.

Little did I know, things got worse. Dawn wouldn’t sleep for more than an hour at a time. She was constantly wanting to get up, or go outside, or cry. At around 6 a.m., Dawn was taking outside for her hourly pee time and wouldn’t do it. Megan took her back inside, where she proceeded to pee a little on the couch and let a fire hydrant of baby goat pee land on the carpet. If anybody knows of a good carpet cleaner, email me!

Megan was exhausted by the time I woke up. Dawn was so sweet, but a little more needy than we envisioned. I was told by some others that it all depended on the goat’s temperament, and ours just loved that interaction. 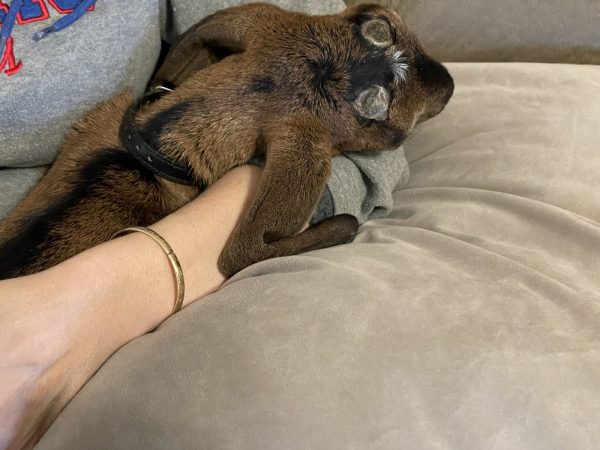 When 3 p.m. came, I packed up Dawn and took her back to Elderslie Farm, where she was very excited to see her family. 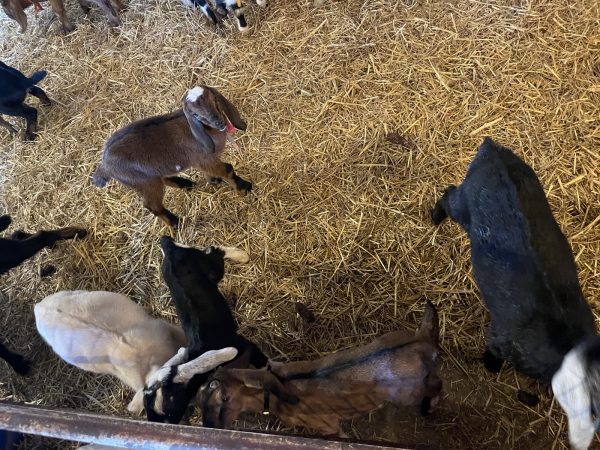 If you’re planning on renting a goat for a day, just know that it literally is an all-day deal. Your time will be consumed with whichever baby goat you get; another responsibility for you. The kids all seemed to enjoy it, but it was like a job for the adults. We also had Dawn when it was really cold so this may have been better if it was warmer outside and she could roam around the backyard.

I’ll admit, that I felt bad when I dropped Dawn off. It felt like I was a ditching her, but then also thought about how little sleep would come if we did another day. Then I felt bad again when my daughter woke up from her Sunday nap and asked where the baby goat was.

So, was it a unique experience that everyone should try? It’s totally up to you. I think animal lovers would love this; families as well. It’s certainly not the G.O.A.T. experience, but it’s an interesting goat experienece for sure. Much respect to goatherders, that’s some hard work. I couldn’t imagine watching 80 of them, let alone one for essentially their entire life.

Otherwise, here’s a minute video of our experience.

@wichitabyeb What’s it like renting a goat for the day? We got a goat for 24 hours to try something different at home. #fyp #goatsoftiktok #goats #kansas ♬ original sound – wichitabyeb