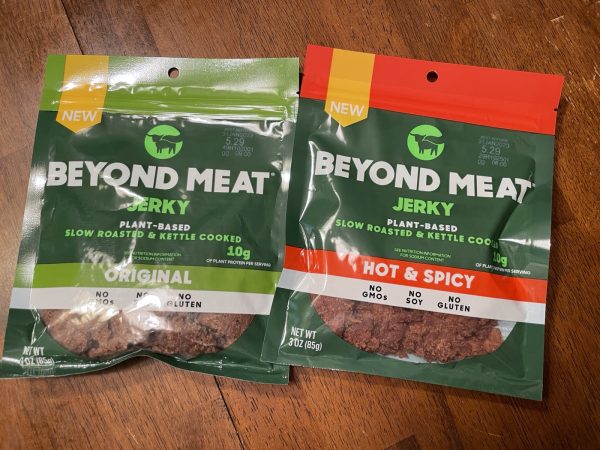 I was walking through Walmart and saw a little stand for Beyond Meat Jerky. I’ve had Vegan food before from local restaurants along with the national chains, and have generally enjoyed much of the plant-based food. It’s not for everybody, but we try to keep in open mind here.

Beyond Meat is nothing new to me. Having never had plant-based beef jerky, though, this seemed like a fun item to purchase off the shelves. I purchased the original flavor along with the hot & spicy, which were both roughly $5 a bag.

Here are the ingredients: 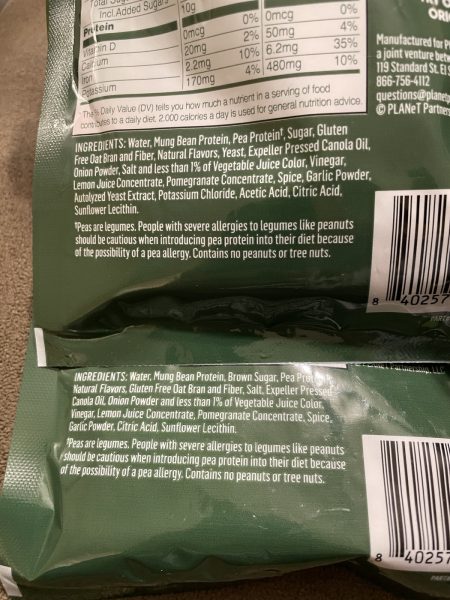 I opened the bags and there was a strong, noticeable smell that everyone kind of shook their head at. Keep in mind, not a single person besides me knew I purchased Vegan jerky. It was different, for sure. The texture was chalky with a tough chewiness factor in each bite. Both flavors were sweet and just odd; hard to put my finger on.

It wasn’t something I had just a few bites of and quit, I probably had 7-8 pieces of each while everybody else had one and called it quits. I try to be supportive of all foods, but this wasn’t something I could get excited about. With each bite, I felt it was getting worse; almost like a trashy plastic flavor. The spicy wasn’t even spicy. 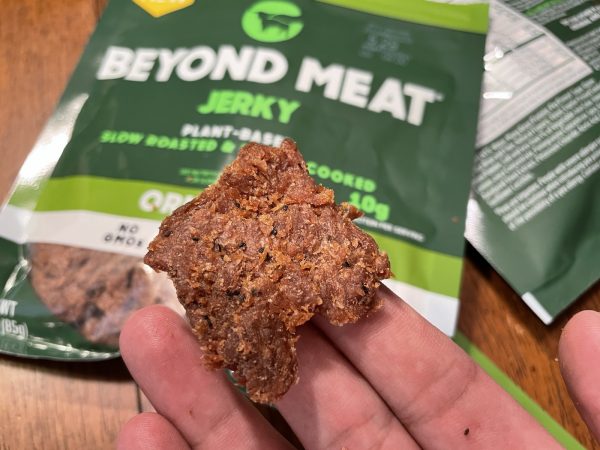 The worst part was, I could not get the flavor out of my mouth for two full days. I brushed my teeth, used different mouth washes, ate multiple dinners of varying flavors, drank liquor, water, and even ate a freaking Peep. Nope, nothing helped. Here’s something in the TMI department. It smelled the same coming in as it did coming out.

Moving forward, I’ll be sticking with real beef jerky. Of course, I say that and the next time I see a new brand of Vegan jerky, I’ll probably buy it.