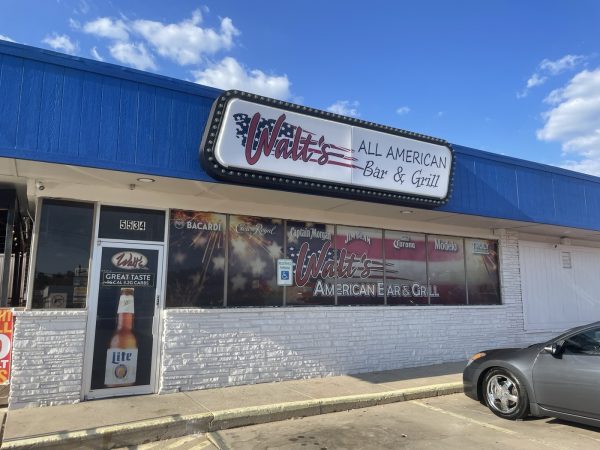 The Walt’s All American Bar & Grill at 5534 W. Central Ave has reopened under new ownership. Owners renovated the inside, but kept much of the same menu. It’s been years since I stepped inside the location and decided to make my way back to try some of the food.

I skipped the opening week when they had half-price burgers and discounted steaks because 1.) I wanted to deal with the rush of traffic the specials brought in, and 2.) I was simply too busy.

So, now that the first week newness wore off and I had more time, a visit to Walt’s was in order.

After perusing through their menu, I opted against burgers and steaks. Instead, I went with a reuben, baked potato and wings. Their menu had an option for a half-reuben for $7 which was great as it allowed me more room to try different stuff. 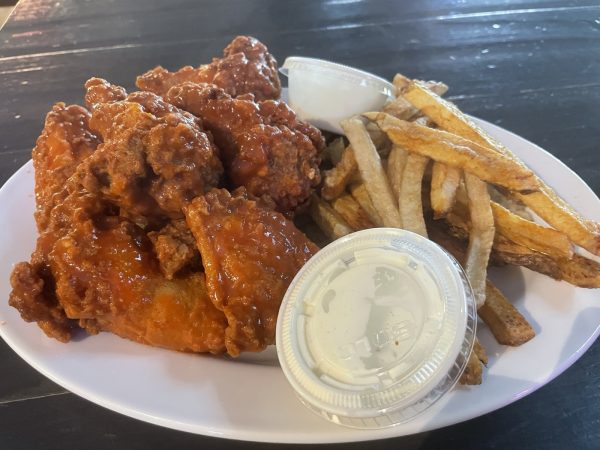 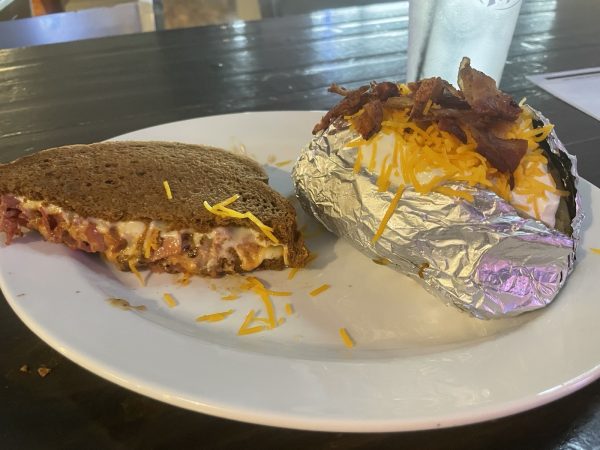 So, how was the food? Let’s start with the wings. They were very meaty, which was a good thing. On the downside, the wings were heavily sauced. All the sauce gave the breading a grittier texture that took away from the whole experience. I always say, less is more, and that rule applies to how much sauce is put on the wings. Had they used less sauce, I really think that would have immensely improved the wings because everything else was good from the flavors to the portion sizes.

As for the baked potato and fries, nothing too memorable to be said there. They were fairly basic and what I would expect from most bars.

Lastly, the reuben was about on the same page as the wings. They went heavy on the Swiss cheese and thousand island dressing, which gave the sandwich a Philly cheesesteak texture; just far too much sauce. I could barely taste the corned beef and sauerkraut. 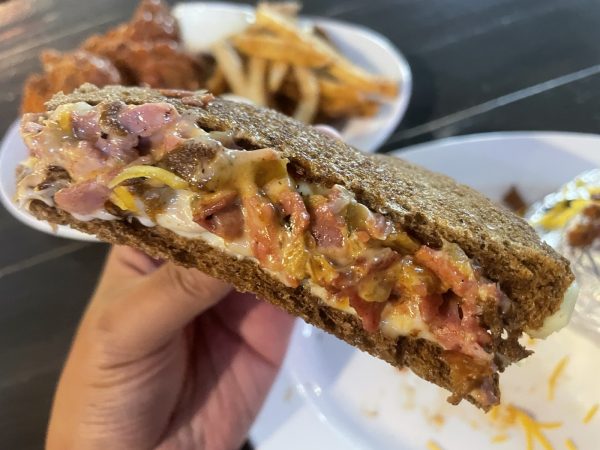 The less is more rule really would have helped most of the food I ordered at Walt’s. But this was a case where things could easily be improved upon; nothing was so bad that I wouldn’t reconsider going again soon.

On the bright side, the service was fantastic. I had read reports that they struggled on this aspect during opening week. Zero issues during my visit. My server, whose name was Shelby, told me it was her first day when I dropped by. She did a phenomenal job. My drink was never empty; the food came out promptly and she had a great attitude. 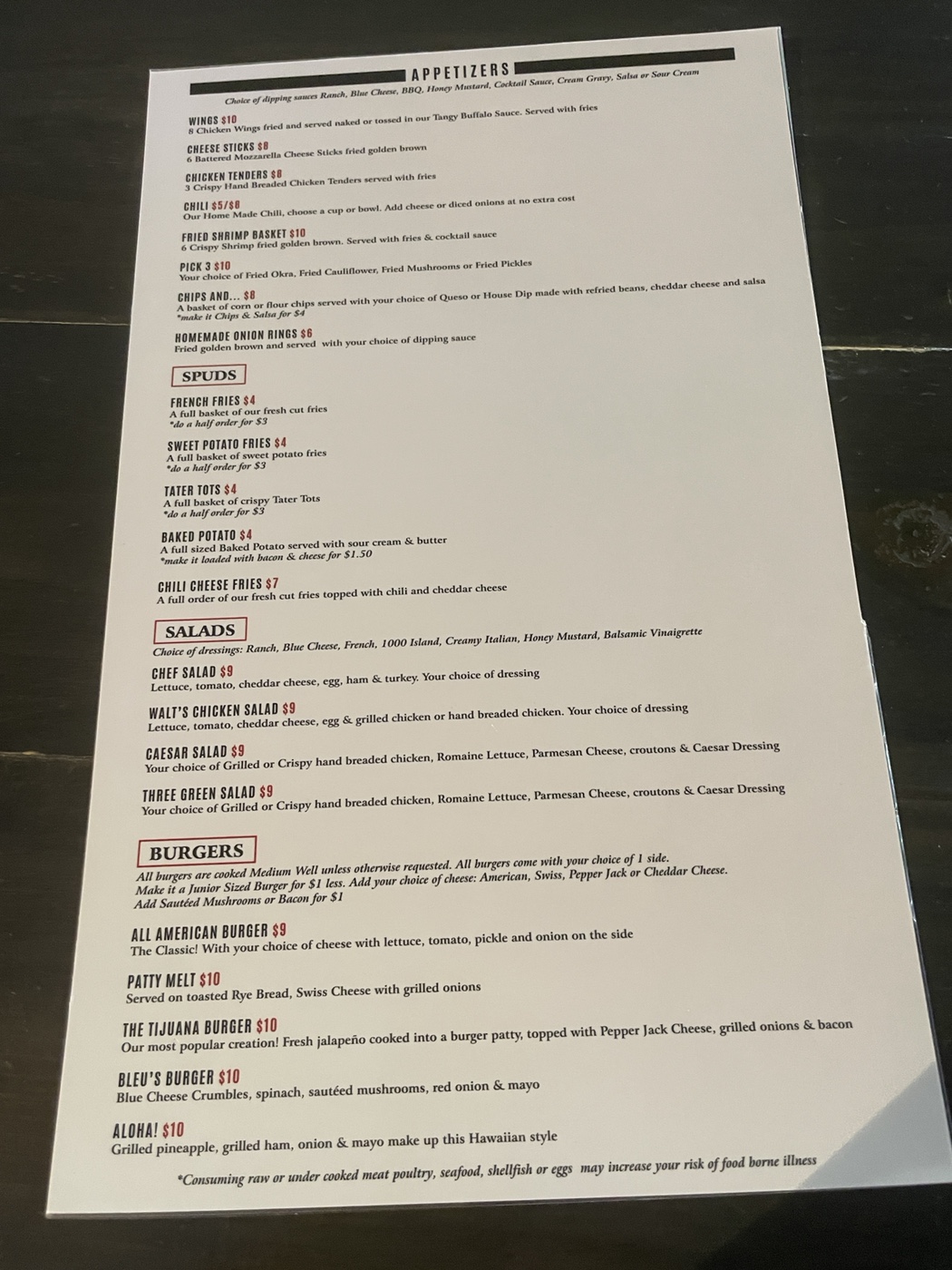 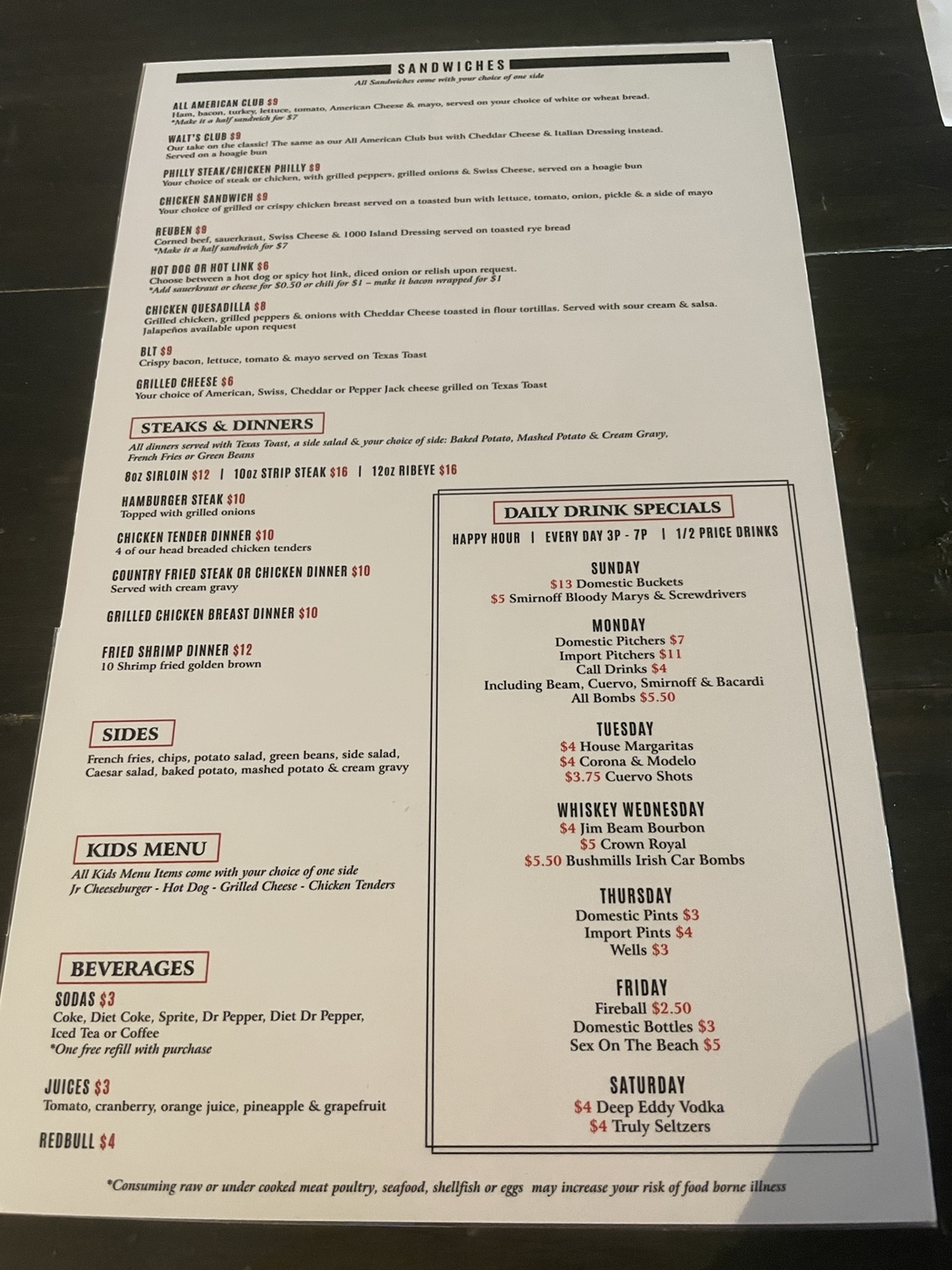 If you’re a business owner who would like to be featured or partner for a highlight? Visit us here.