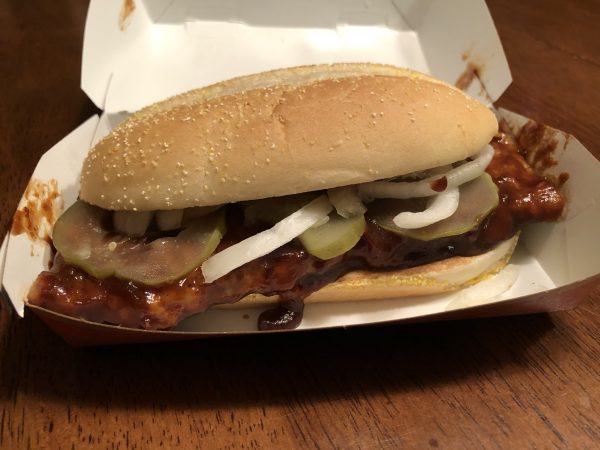 With fall’s arrival that means one important thing is here: The McRib!

McDonald’s announced that the McRib was returning to its stores on October 7. But here’s a little known fact, often times restaurants will get the product well before to get prepared. I looked it up and there were at least three locations with the McRib available at 411 S Broadway, 4810 S Broadway and 501 E Pawnee.

I canceled my dinner plans and found my way to a McDonald’s immediately.

The sandwich featuring seasoned boneless pork, barbecue sauce, onions and pickles on a hoagie-style bun was announced last year on October 29. So Christmas has come early for many McRib fans who have anxiously been awaiting its return.

I know this isn’t the healthiest or most appealing sandwich but I really don’t care. When it comes to guilty pleasures, nothing beats out the McRib for me. 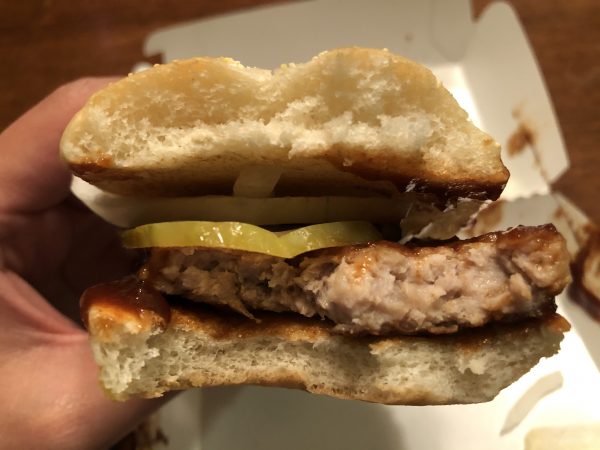