Home Asian Pho Cuong: The Wichita By E.B. Review
Facebook
Twitter
Pinterest
Linkedin
Email
For anybody who has read my blog in the past, it is no secret that Pho is one of my favorite foods in the history of food-kind. I really think the food pyramid needs an extra level just for Pho.  If the FDA doesn’t agree, the least they could do is redesign the Food Pyramid so it’s floating in a sea of Pho broth.
Anyways, many months ago, there was a new Pho restaurant that opened up on the northeast side of town. It’s close for a lunch spot and has been added to the regular destinations.
Pho Cuong
6605 E. 37th St. North
Wichita, KS 67226
The restaurant is open from 9:30 a.m. to 8 p.m. Sundays through Thursdays and from 9:30 a.m. to 9 p.m. Fridays and Saturdays 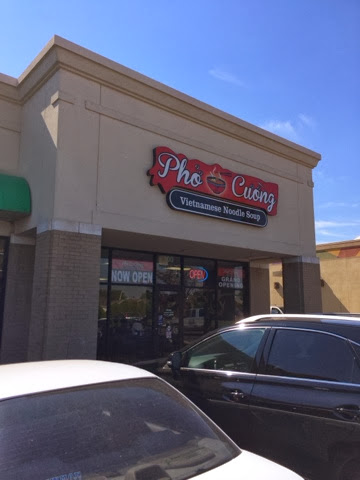 There aren’t many places on the northeast side of town that serve Pho. There’s the Pho Hot Bistro but that’s near Douglas and Rock. Then there’s Tsunami at 37th and Woodlawn just near Pho Cuong but it’s not one of their better menu items.

I tried to count the number of times I’ve been here for Pho but 1.) It’s kind of embarrassing how many times it is and 2.) My mother would be upset I didn’t just come over to visit and get some Pho…..for Phree. (see what I just did there?)
Pho Cuong is Vietnamese restaurant that specializes in Pho but also has an assortment of other menu items to choose from vermicelli noodle dishes to rice entrees. But let’s be real for a second, if you’re going to come to Pho Cuong you have to order the Pho. It’s like going to El Azteca and ordering nuggets and French fries; you don’t do it. 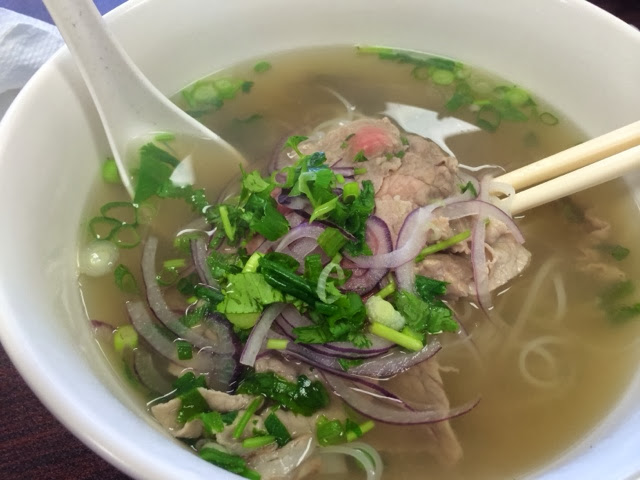 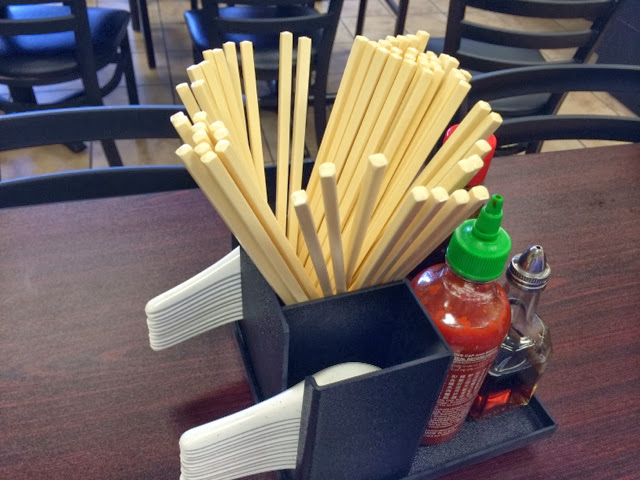 My lunch group has been there a couple times and have all enjoyed it as well. Of course one of my friends believes Pho is all the same. “If you’ve had one, you’ve had them all.” Wrong. Pho Broth is what differentiates the good Pho from the bad Pho.
So how does this place compare to my two favorites in Wichita, My Tho and Pho Hein? Well I’d put Pho Cuong as number three on the list of every Pho restaurant I’ve been to in Wichita. That’s not a slap in the face to Pho Cuong though; My Tho and Pho Hein are just too excellent. Pho Cuong is still a great option for those looking for Pho but don’t want to make the drive down Broadway Street.
If you’re a little hungrier than usual, grab some of the shrimp spring rolls. Great appetizer and a sure thing to be sure you are full once you leave the restaurant. 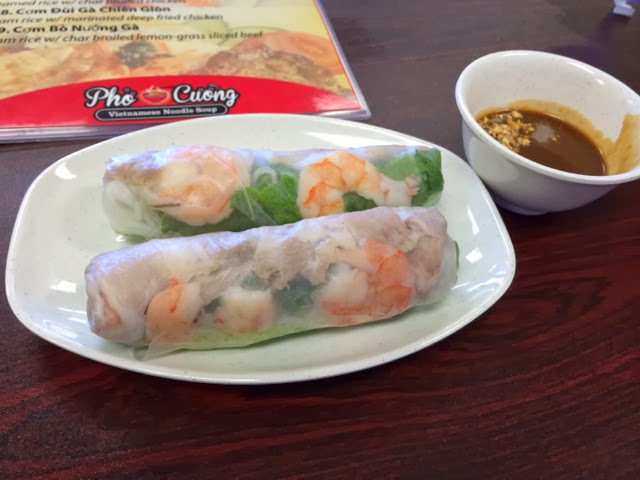 Couple things to note though about Pho Cuong.
Place is very busy around lunch time. There are times I’ve been and nearly all the tables are taken. Not sure what the dinner crowd is like as I’ve never been there around that time. Secondly, if you are getting a carryout order, they add 50 cents to the cost of your Pho. Breaking the bank……I know.

Otherwise give it a try. Pho Cuong receives my stamp of approval.Happy Dining,
Eddy