While I tend to think I make more good decisions than bad decisions in life, I’m not ignorant enough to think I’m perfect.

Such was the case a couple weeks ago when I ventured out to try Burger King’s brand new Grilled Hot Dogs. I’m a huge fan of hot dogs. When I travel to baseball parks around the United States, ordering a couple hot dogs and a beer are a must. A few years ago, Wichita had a brief run of Specialty Hot Dog Restaurants…… I miss those days.

Now I’m resorted to driving to QuikTrip for a hot dog, attending a WSU or Wingnuts baseball game or trying to coerce a friend into having a BBQ.

So let’s rewind back to a couple weeks ago. I found out Burger King had a new menu item: Grilled Hot Dogs! Instantaneously I knew what I was going to do for dinner: go to Burger King and order their hot dogs and then do a comparison right after against QuikTrip. At the time, it sounded brilliant and healthy so that’s what I did.

At Burger King, they offer two types of hot dogs; a regular Chicago Dog for $1.99 and a Chili Cheese Dog for $2.29. Of course, I had to order one of each. The claim at Burger King is the hot dogs are grilled, not boiled or left on a roller all day. They are also Oscar Meyer Wiener hot dogs.

Let’s take a closer look at these dogs: 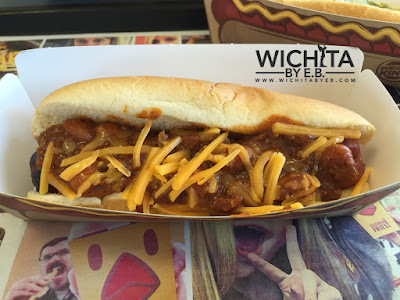 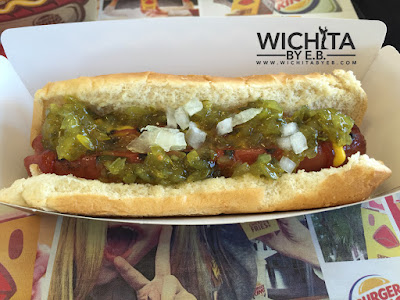 For many people, they may not look that tempting. If you’re a big fan of hot dogs, something like this doesn’t bother you.

First few bites in of each and I was quite surprised. They were quite tasty. The dogs tasted similar to what you would have at a BBQ. They weren’t the biggest, most plump, juiciest dogs but they were tasty and satisfying. They were certainly all beef dogs and weren’t greasy at all. For the convenience, I enjoyed them. For the price, I could envision a $1.49 being a better price for them.

At QuikTrip, you can get two dogs for $2.49 but if you want to add chili and cheese it’s an additional 49 cents per dog. So when I did the comparison at QuikTrip it was about a dollar less for one of each dog. The QuikTrip chili comes out of a machine. You press a button and it drips out which looked much less appetizing than the Burger King offering. As for the Chicago Dog there, I was able to really load on the toppings.

The hot dogs are QuikTrip are fuller, bigger, juicier and much greasier. The Burger King hot dogs have a cleaner taste to them but may not fill you up like the QuikTrip dogs do and I’m not sure if QT’s dogs are 100% all beef.

What I do know is ordering four hot dogs was not the wisest thing to do. I’ve done it before at baseball games but I think the beer makes my stomach fight through the aches.

The response on the Burger King Grilled Hot Dogs have been either very positive or very negative. One buddy of mine just hated them and thought they were too small. To Burger King’s credit, this has been their most successful menu item in years. The New York post hated the hot dogs while Deadspin was much more positive.

Personally I enjoyed them and would….. scratch that…. have ordered them again.

So this one will be up to you to decide whether the Burger King Grilled Hot Dogs are for you. 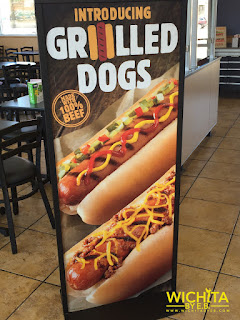