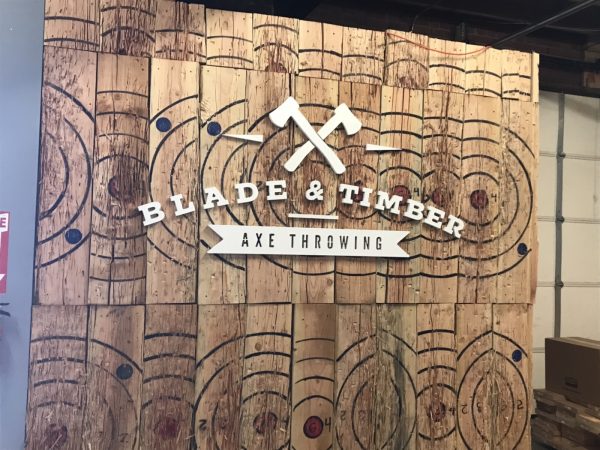 Another entertainment option has arrived in the form of axe throwing thanks to Blade & Timber. They’ve officially opened in the Delano District. We stopped by over the weekend to get a first-hand account of what readers can expect on their first visit out.

Bookings are available on their website at $20 a person.  There are private lanes for 6 people at $120 a person guaranteeing you won’t be paired with anybody else or you can do a shared lane at $20 a person where you may be with others. Walk-ins are also accepted if there is room. For the record, there are a total of 9 lanes and your bookings are for a total of 90 minutes. We did a random walk in on Friday and were the only two people in that afternoon. 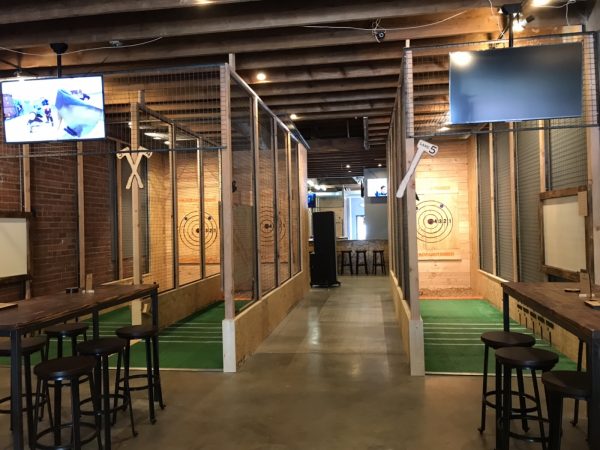 He also went over the rules with us. 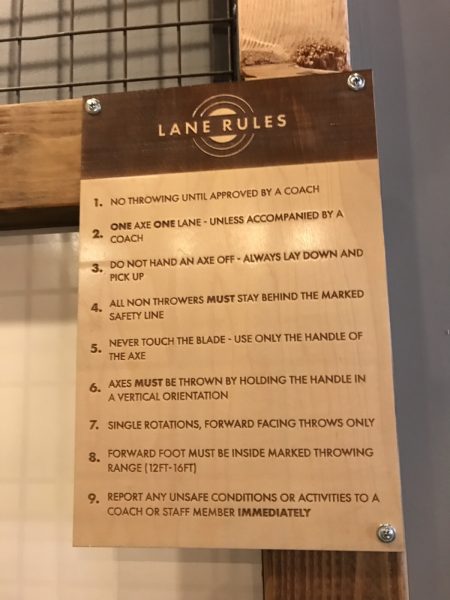 The key rules he taught us were lanes were marked. You had to throw inside the marked throwing range of 12ft – 16ft. 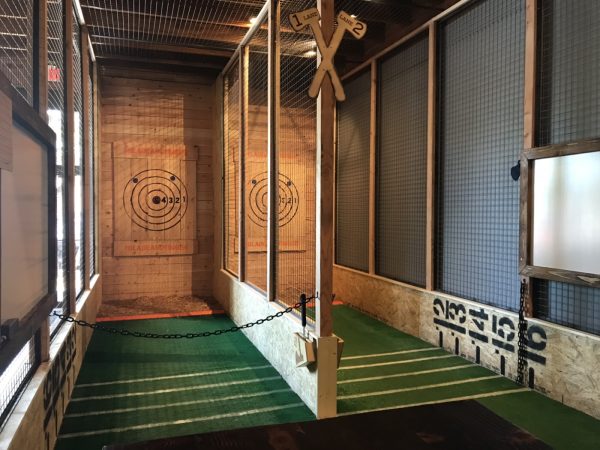 The second rule was you could not pass the axe to the next person. After your throw, you had to place the axe back in its holder. 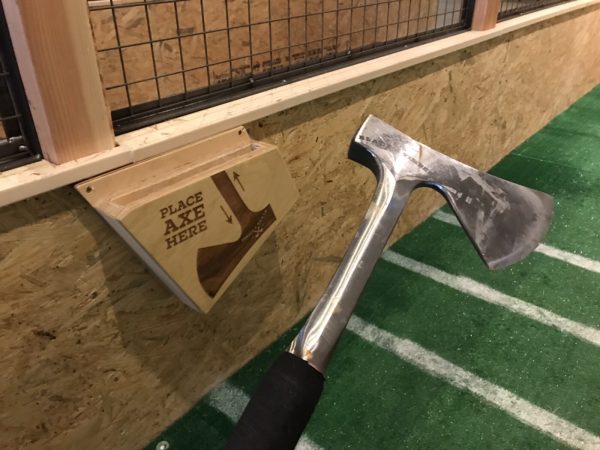 Once you were done with the rules and the practice throwing, you were on your own. My girlfriend and I tried this for the 90 minutes by ourselves. There’s a little board that shows you different games you can play. Such games included matching each other shot for shot like a game of horse in basketball. Another game was just like cricket. Then we also played a game to 50 and played a game of best score after ten rounds. 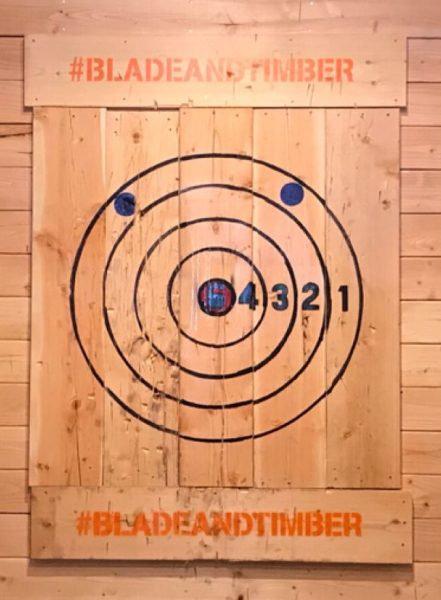 All in all, we had a fantastic time and would do it again. Admittedly 90 minutes was a lot of throwing for the both of us. We both agreed this would be best enjoyed in groups of 4-6 people. Throwing the axes began to get easier after 30 minutes to the point my girlfriend took away any masculinity I felt and beat me in a majority of the games. Regardless it was still fun and something we plan to do again in the future with friends.

At this time, they do not serve beer. They expect to have that in about a month. Once they do, axe throwers will only be allowed three drinks before being cut off similar to other locations. One of the employees also mentioned that food trucks are a possibility in the future as they did not have food available that day.

My day of dining at A Taste of Derby event