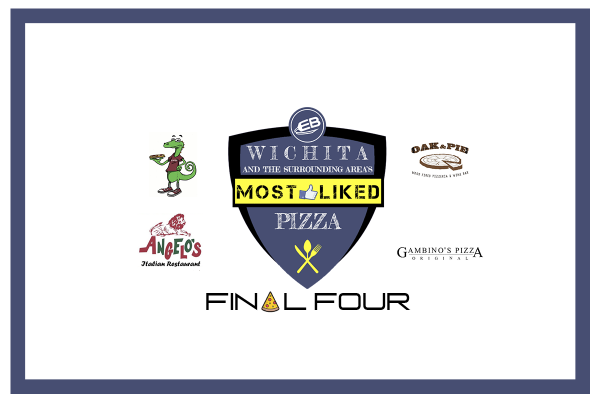 Last month, we set out to take a public poll of who the Wichita area’s Most Liked Pizza was. We had literally thousands and thousands of votes pour in with even more coming in over the past week. Fans of restaurants shared, liked, and supported their favorites in hopes of helping their pick advance to the Elusive Final Four!

Ziggy’s Pizza was the only top seed to advance on while the remaining three were all three seeds. Of the four restaurants, Oak & Pie and Gambino’s Original have received the largest online support in terms of votes and shares. Those two heavyweights will be battling it out for a shot at the finals. Then in the other match-up it is old school versus new school. Even after a temporary hiatus, Angelo’s has still been a long-time favorite for many. Meanwhile Ziggy’s Pizza is relatively younger to the game compared to old mainstays like their counterpart.

The schedule for the final voting is Monday and Tuesday for the Final Four with the championship taking place Thursday. Our partners, Midland Creations is ready to make our custom wood carved award for the winner. If you can be sure to give them a like on Facebook for all their doing in support of this fun little poll. 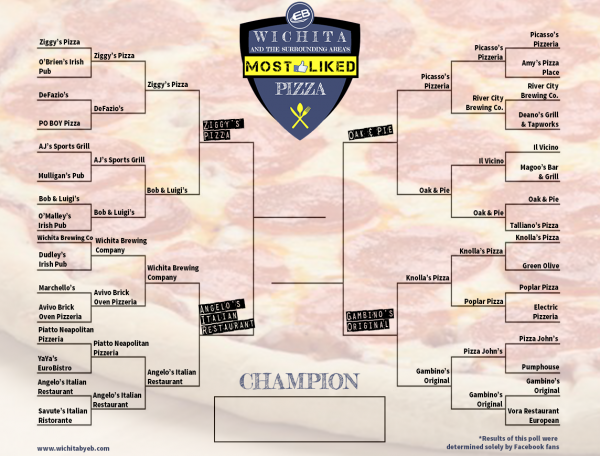 Could Saturday be the last day for Buster’s Burger Joint?

The patriarch of Da Cajun Shak restaurants, Chris Granger, has passed away

Wichita is now down to one Town & Country restaurant