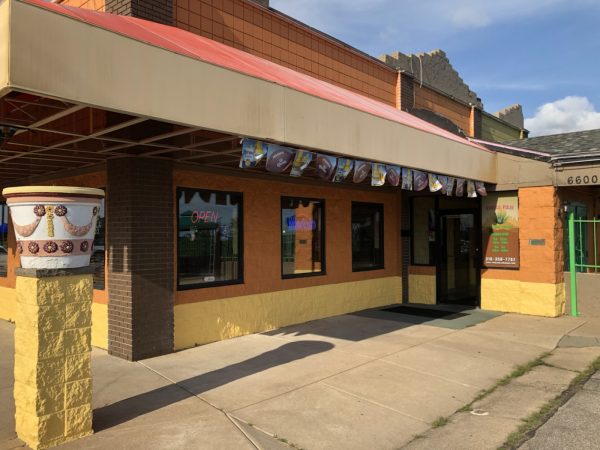 A slew of Mexican restaurants have opened recently. One of those was Pueblo Viejo Restaurant which took over the 34-year old Marcos Cantina spot on West 21st street. The owner is no stranger to the restaurant industry having owned other places in Kansas and Colorado.

Let’s start with their complimentary chips and salsa. Our server brought out their hot salsa which was too much for my girlfriend. We ended up asking for their mild. Probably the first time in 100+ Mexican restaurants that a server only brought the hot and not the mild. Ha!

The hot salsa was alright but didn’t have much flavor to it. It packed a lot of heat but not much after that. The mild salsa my girlfriend wasn’t too keen on. It had a thick marinara sauce style of texture and very tomato-ey. 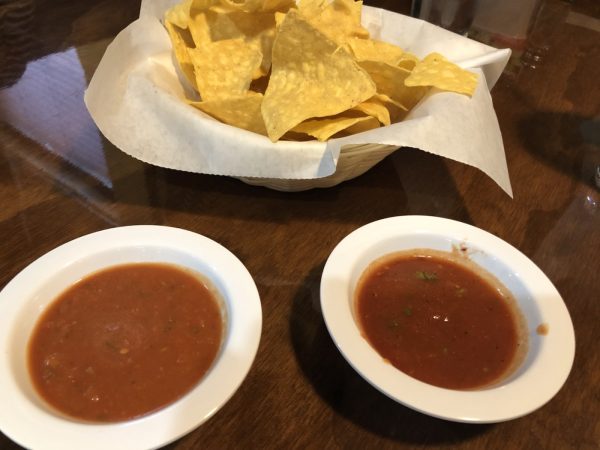 For dinner, I went with their chicken mole which was a chicken breast in a sweet and spicy peanut butter based sauce with a hint of chocolate. Meanwhile my girlfriend ordered enchiladas.

The rice and beans weren’t bad; they were pretty typical but really no complaints there. The chicken was drowning in the mole sauce. Even up to this writing, I wasn’t sure what to make of it. At times, I enjoyed it and other bites I thought it was way too sweet. The one thing I remember was it not being spicy at all which was one of the reasons I ordered it. The meal had plenty tender chunks of chicken that made it filling but ultimately it wasn’t a dish that was a homerun with my taste buds so to speak.

As for the enchiladas, they were a little less than stellar. The sauce on top seemed to dry out that my girlfriend asked for a little more sauce to pour over the top. But it wasn’t just the top that was dry, the chicken had the same issue. While the sauce had a nice tang to it, the enchiladas felt as if they were sitting out a little longer than the mole. Even if that wasn’t the case, it certainly tasted that way. 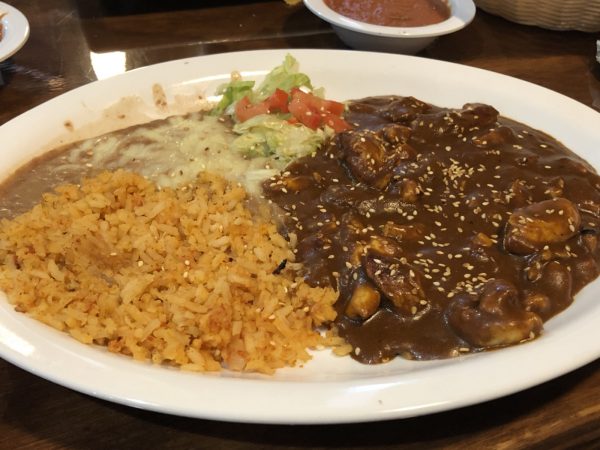 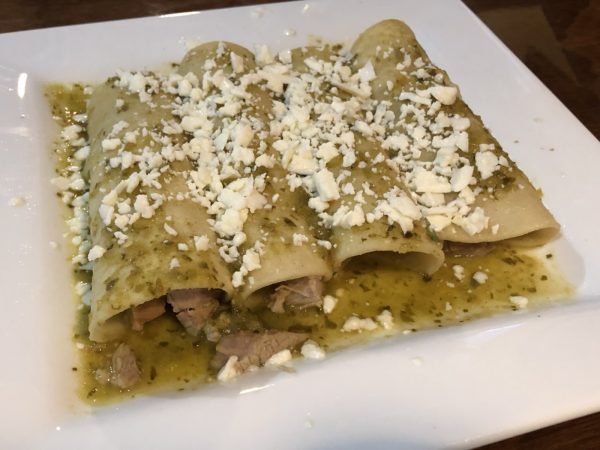 For takeout, we ordered a burrito for one of the kids. We asked for sides of rice and beans but instead they put it all inside the burrito. They also messed up other request we had for the burrito. For what it’s worth, her son still liked it. 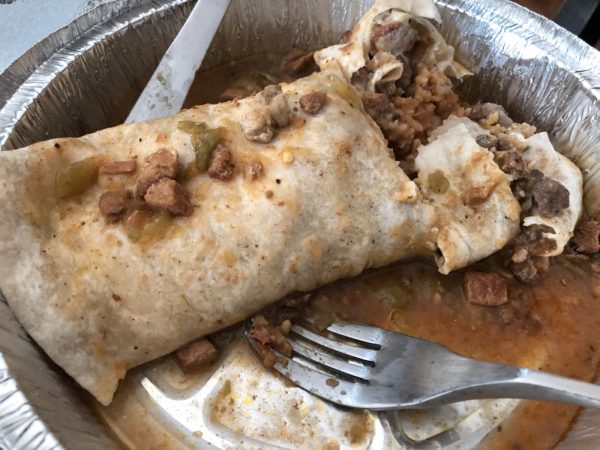 From a service perspective, they did a fantastic job aside from he carryout order mishap. We had zero complaints and they took very good care of us while dining in.

Places with encyclopedias for menus are so hard to review because there’s just SO MUCH they have to offer. Is it right to write a real review based on two items out of what felt like one million? It’s debatable. For what we had though, we weren’t too impressed.

There are so many places like Mexico Viejo up the road and even the recently opened Los Cabos which we have stopped by but haven’t published the review. The competition is fierce and intense with these style of restaurants, that they don’t get too many chances to wow customers when there are other options less than a mile away. I, for one, have never been big on extensive menus. I’d much rather go to a place that has a small menu and excels at that.

Who knows, if you go, you may just happen to pick the right item for you and continue to go back. 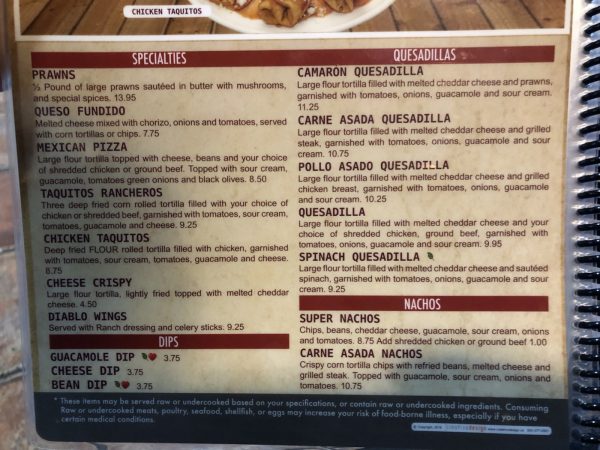 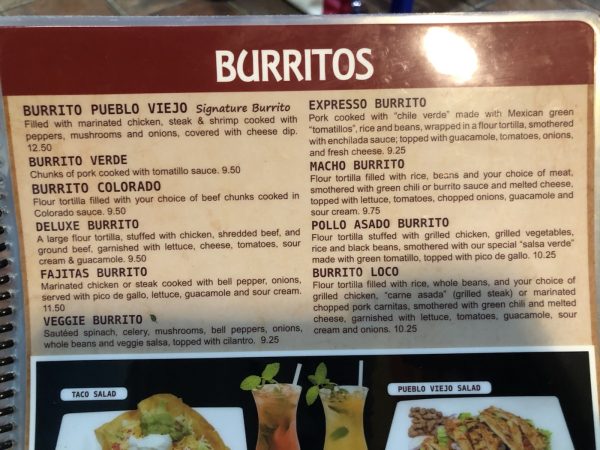 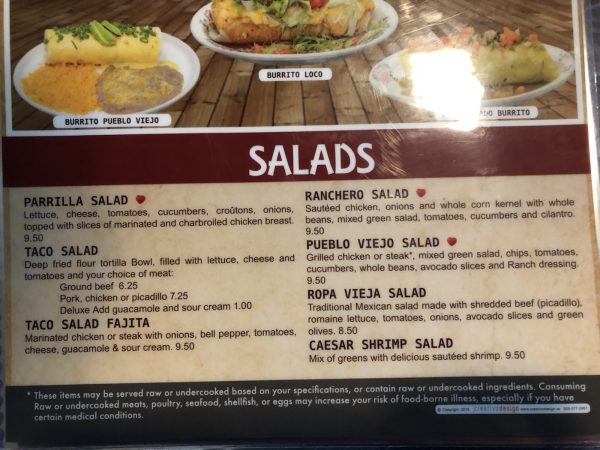 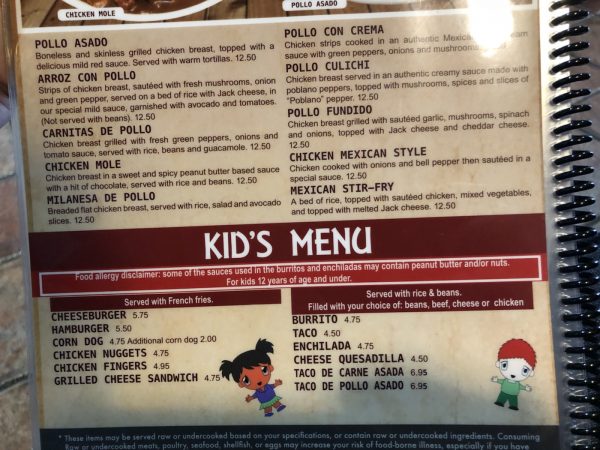 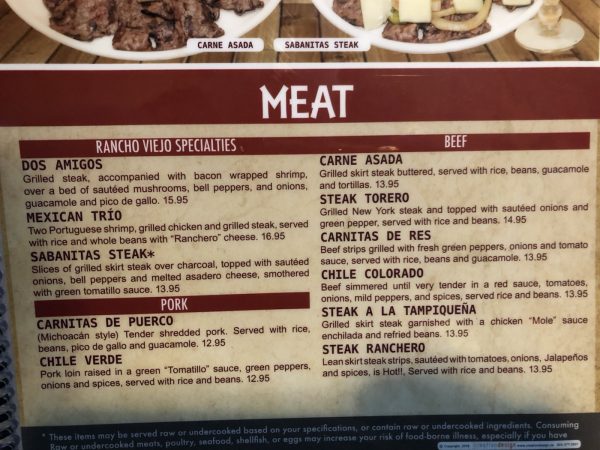 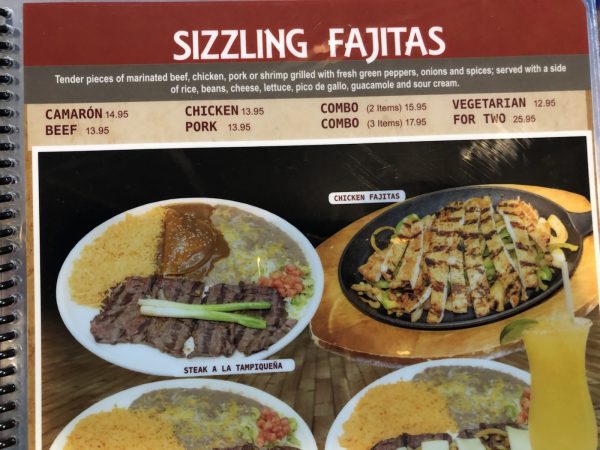 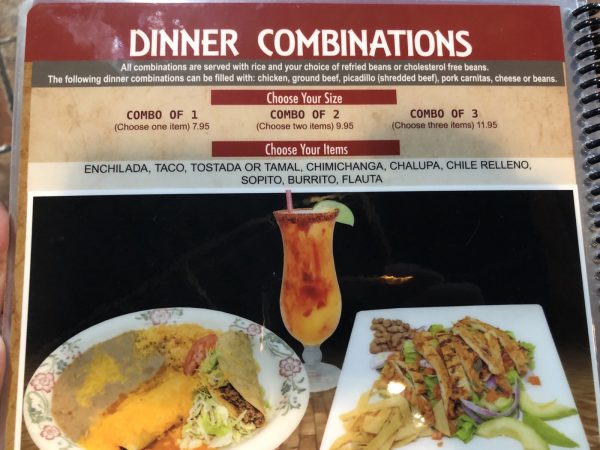 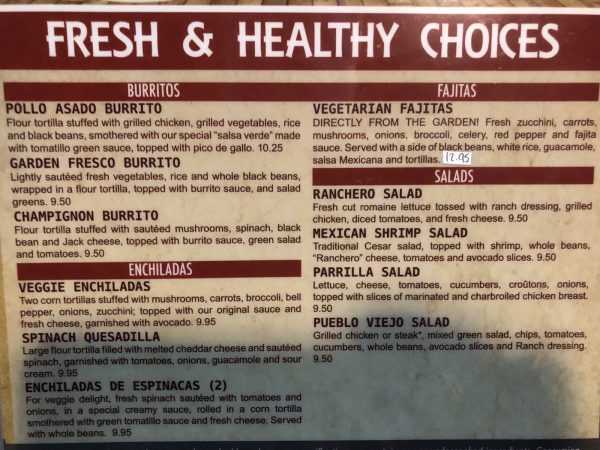 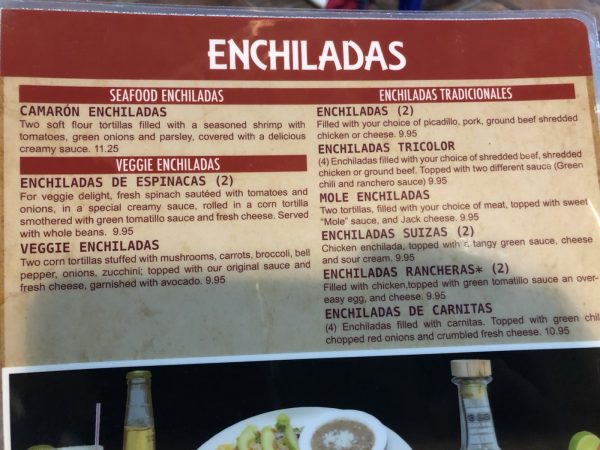 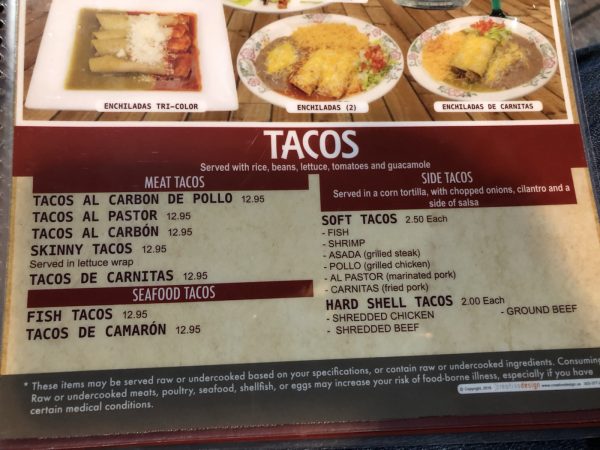 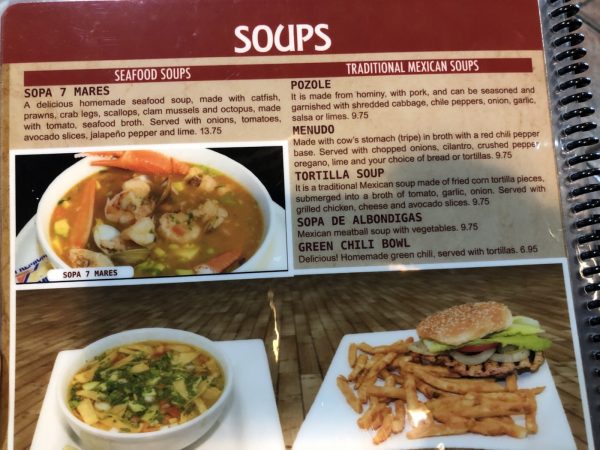 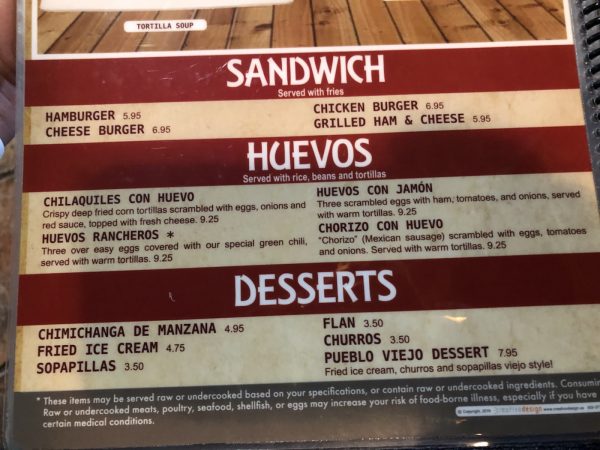 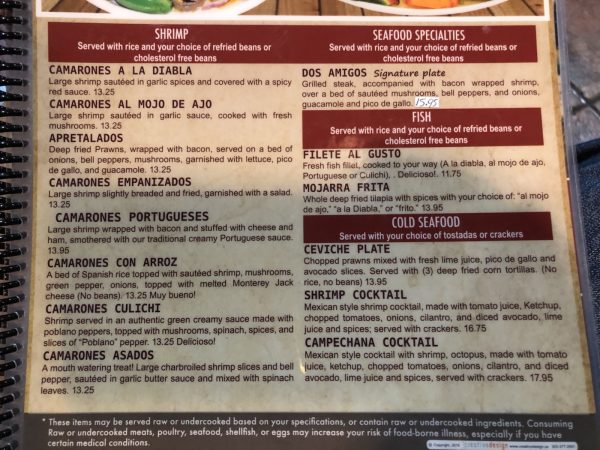 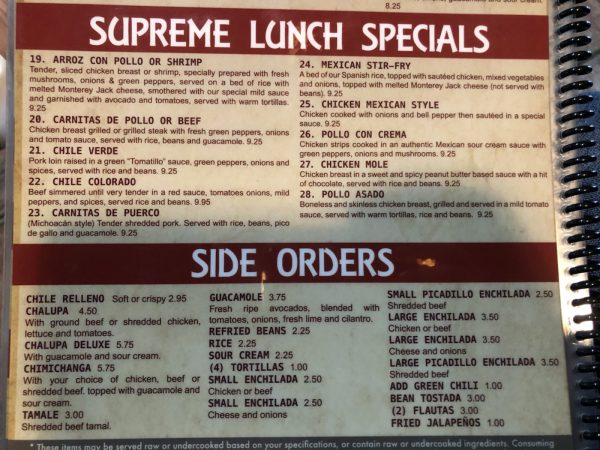 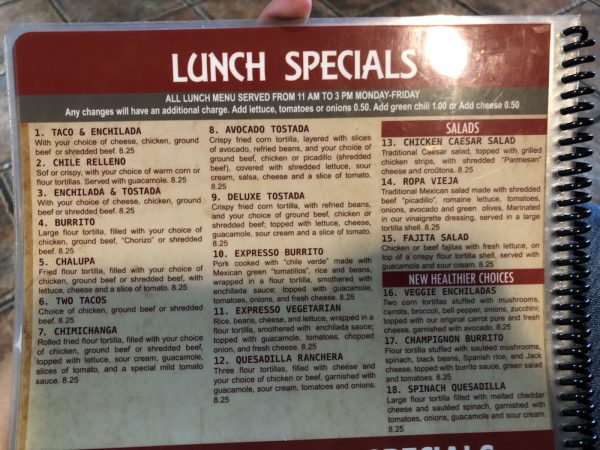