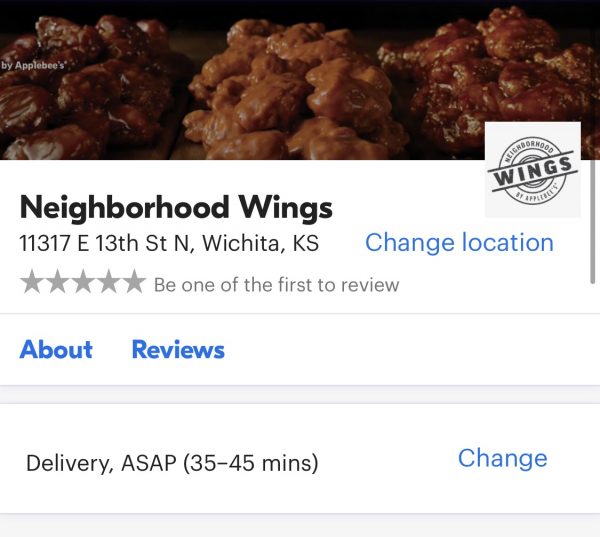 Have you heard of Chuck E. Cheese selling pizzas under the name of Pasqually’s Pizza & Wings on Grubhub? It looks to be a common practice from some big name chains as they aren’t the only one to do the bait and switch.

Applebee’s Neighborhood Grill has been doing the same thing in Wichita. I looked up the address for the restaurant and it looks like they are also operating as Neighborhood Wings on the GrubHub app.

Here’s the kicker though, the prices are different under the Neighborhood Wings moniker!

Here is Applebee’s selling ten boneless wings for $9. It comes with your choice of sauce and dipping sauce. It’s the same price if you order from Applebees.com. 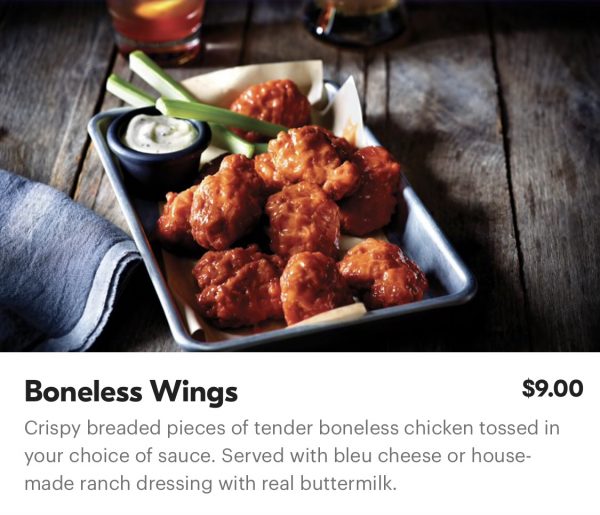 Here is Neighborhood Wings with the same zoomed in picture selling ten boneless wings for $9.49. Same thing but in the description it’s served with celery. 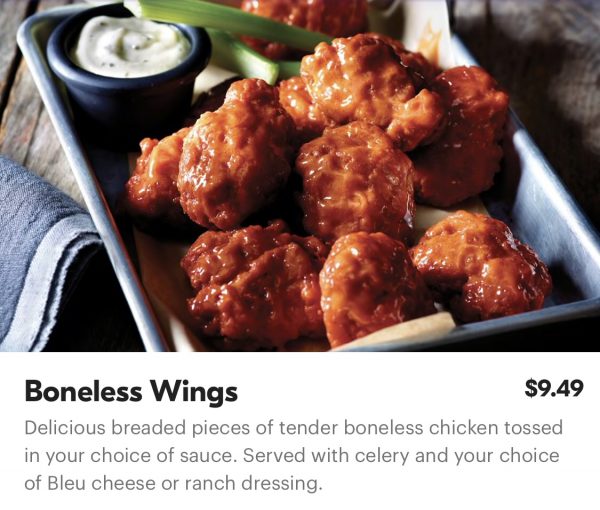 The only difference looks to be the inclusion of celery but for shits and giggles, I called Applebee’s and they confirmed celery was included in the order. You could even add extra celery if you wish.

So if for whatever reason you have the urge to order wings from Neighborhood Wings, perhaps you might be better off ordering from Applebee’s to save you the extra 49 cents…. or order from a local restaurant instead. But if you order mozzarella sticks from Neighborhood Wings, it’s $6.99 versus the Applebee’s price of $7.99. Pretzels are the same price but onion rings are not. What a cluster….