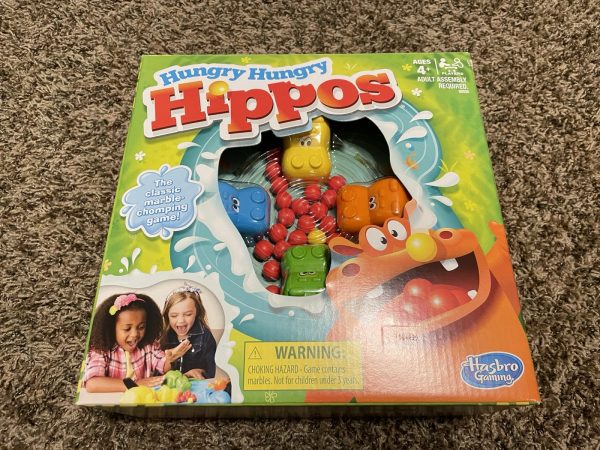 I’m a HUGE board game fan. I’m an avid collector of games and hope one day my daughter can enjoy board games as well. While at a friend’s house, all the kids gathered around a table and a friend brought out Hungry Hungry Hippos for them to play.

If you’re unfamiliar with the game, it’s a tabletop game made for 2-4 players that was published in 1967 by Fred Kroll. The game board is surrounded by four mechanical, plastic hippopotamuses that are operated by levers on their backs. When the lever is pressed, the hippo opens its mouth and extends its head forwards on a telescopic neck. The object of the game is to “eat” as many of the colored plastic marbles that are dispensed into the board. Players repeatedly press the lever on their hippo in order to have it “eat” the marbles. It makes for a simple game for kids to play.

Needless to say, the game was a hit with my daughter and something she brought up ALL WEEK LONG. I caved in and we drove over to Target to pick it up.

How could you say no to this face? 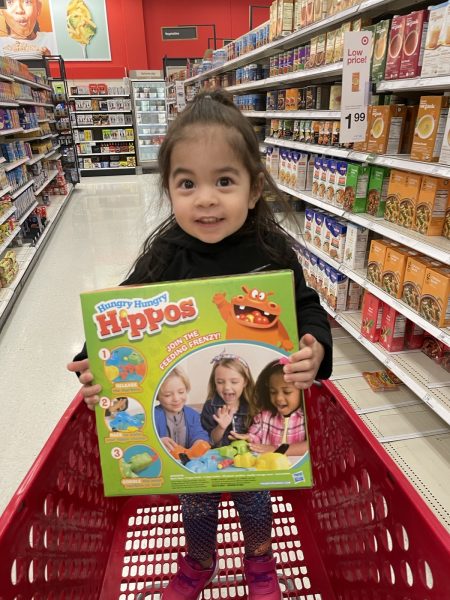 If you’re lazy and want to have it shipped to you, Amazon also has it available here or an Amazon exclusive version that includes dinosaur heads.

Once you get the game, there is some assembly required. You have to attach the hippo heads to the body and then the body to the game board. I feel like when I was a kid, it used to be one big game board that you didn’t have to attach and that the marbles were bigger.

This new version of the game felt cheaper, less sturdy and smaller…. and for more money. The game was roughly $21, but it brought numerous smiles, which more than made up for it. 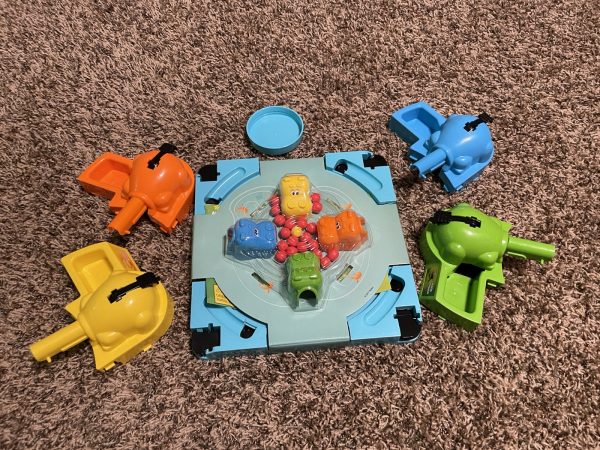 Within the first hour of owning the game, it took me roughly 15 minutes to put together since I’m slow and then another 45 minutes of playing Hungry Hungry Hippos; to the point I feel like I have carpal tunnel. On a five-star scale, my daughter gives this game seven stars. 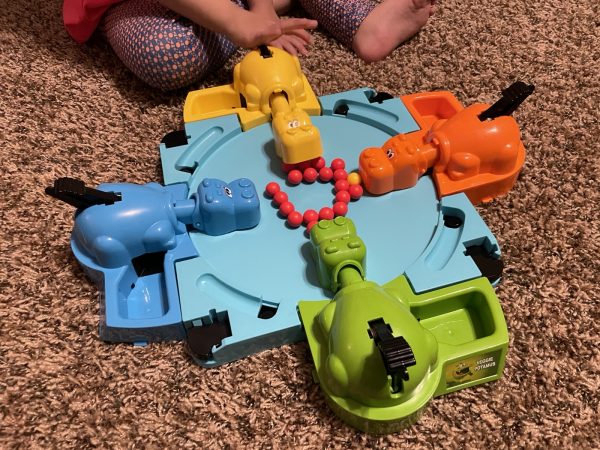