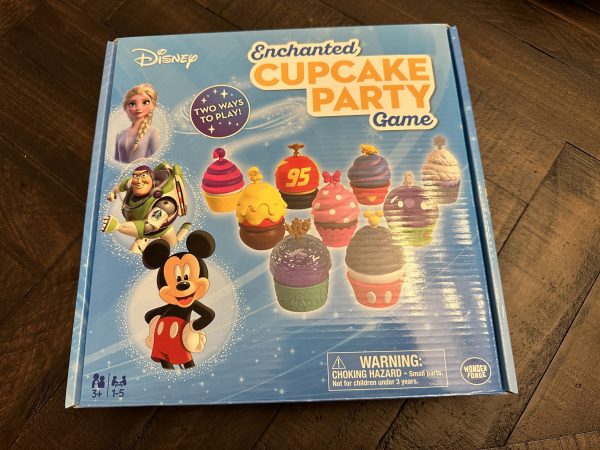 With our daycare closed for about a couple of weeks, I decided to pick up some toys to occupy my daughter so I don’t lose my sanity. That’s when I came across the Disney’s Enchanted Cupcake Party Game at Target which was $24.99.

Before making the purchase, I read the description for the game, which stated:

You’re invited to a cupcake party with Mickey Mouse, Minnie Mouse, Elsa, Buzz Lightyear, Winnie the Pooh, and other beloved Disney characters! Collect the ingredients on your recipe cards and make as many cupcakes as you can before the party starts. Mix and match ingredients to make fun new cupcake combinations!

For starters, the game featured many characters she was familiar with, which was a win. The game included 36 mix & match pieces, so I also knew at least 4-5 of them would be gone while daycare being closed.

The game was very simple: 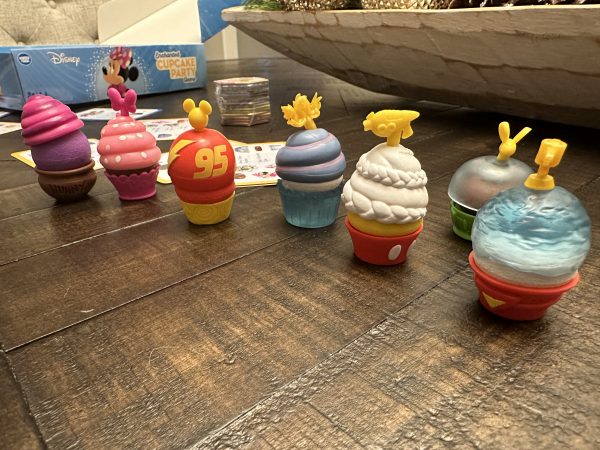 For as big as the box was, I was expecting the cupcake pieces to be bigger than they were. Most piece were probably no bigger than a quarter. The toppers were even tinier and could easily get lost if they were to drop on the ground.

On the bright side, my daughter had a blast mixing and matching pieces. After five minutes, she quit paying attention to the recipe cards and just made whatever tickled her fancy.