There’s a new bar in downtown Wichita. Far away from the mean streets of 2nd and Mosley which has been notorious for shootings and bar fights. This place is further south on Douglas near the Beacon and the Wichita Eagle building. The place is Jon’s Ale House. 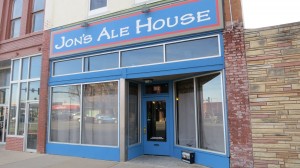 825 E Douglas Ave, Wichita, KS
(316) 268-6000
A group of us made a brief stop by Jon’s Ale House to just check the place out and get an initial first impression. When reading an article online about what to expect, we read that it was going to be a place similar to The Anchor. The place was going to house plenty of beers according to the owner; more than 120 kinds of beer according to one article.
When we arrived, the place for the most part looked like Kelly’s Irish Pub if you were ever there when it was opened. Made sense because Jon’s Ale House to over the previous spot of Kelly’s Irish Pub.

While I’m not the beer connoisseur of my friend group, a buddy who’s “beer” opinion I value much more than most mentioned that they had less than 10 beers on top, none of which were special. They had a bottled beer list which included about 40 or so beers, most of which were very common beers. They definitely did not offer a wider selection than the Anchor just down the street; let alone close to the number. We aren’t sure if they were trying to get more beers or not, but it’s not close to the 120 kinds of beer mentioned in the Kansas.com article. 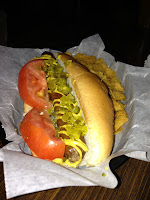 I was hungry and love this thing called food, so I ordered their Chicago Dog. It came with a side of Frito’s chips; not sure if they were the actual Frito’s brand.  The actual hot dog and the toppings were delicious but the bun itself was a little much. I’m not a big fan of the big thick buns. The type of bun where each bite you take in a hot dog, when there’s three times more bread in your mouth than an actual hot dog. That’s just too much. I’ll say it’s a much better hot dog than what you can get from walking down to QuikTrip at the corner of Douglas and Washington for a dollar.
Our server wasn’t too happy that when we arrived, some of us ordered our drinks at the bar because we didn’t know how the place operated. She made us go to the bar and tab out instead of doing it for us if we didn’t order drinks from her. Understandable I suppose but that goes against going above and beyond the level of customer service. 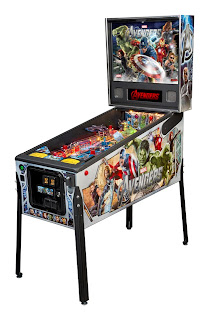 Did I mention that they have a pinball machine? I love pinball and will always play at least once. They even had a new machine, The Avengers! But here’s the bad part, it was a dollar per play. A dollar? That’s a little too much for pinball if you ask me.
Initial impression though among friends was they weren’t impressed. We may go there later again when the place starts to organize itself out more as they literally just opened the previous week but for now, it’s not high on the priority list.
Sometimes it can take a new establishment a while to get things going but at the same time, you only get one chance to make a really good initial first impression. Fortunately we are more forgiving and like to drink so I’m sure we will make another stop here at some point in the future to giving this place a deeper look and a second review.
Until then……..
Don’t forget to follow me on Twitter and like us on Facebook