Now that its warmer out, my friends and I spend many weekends in someone’s backyard grilling and playing yard games. Whether it’s bags, washers, ladder golf, beer darts, you name it, we’ve played it. Every year we tried to add a new game or two just to shake things up.

Pinterest has been a good reference for finding games. After some research, we found the game of choice: Bucket Ball!

Have you ever heard of beer pong? This is essentially a life sized version of beer pong. It’s simple, relatively cheap to make and easy to put together.

You can purchase versions of it online but it comes with half of the actual buckets needed to play a life size version of the game.

For our version of Bucket Ball, you’ll need twenty 5-gallon buckets for the game. If you can find them on Craigslist, some sellers have had buckets on there for $2 a piece. There are buckets at Wal-Mart for $2.97 each. Lowe’s and Home Depot have them for $3 a change. Fortunately at Home Depot they have a 20-bucket set for $55 so that’s what I went with. 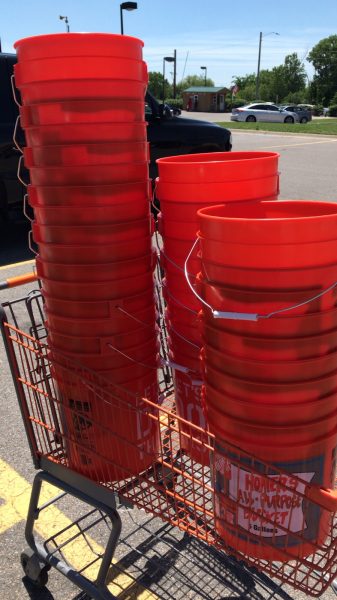 After that you can buy little plastic toy balls at Wal-Mart for $2 and change in the kids section. We went with these over tennis balls due to the bucket to ball size ratio. Plus if you’re a nerd like myself, you can get all sorts of cool designs on your balls like the Avengers! 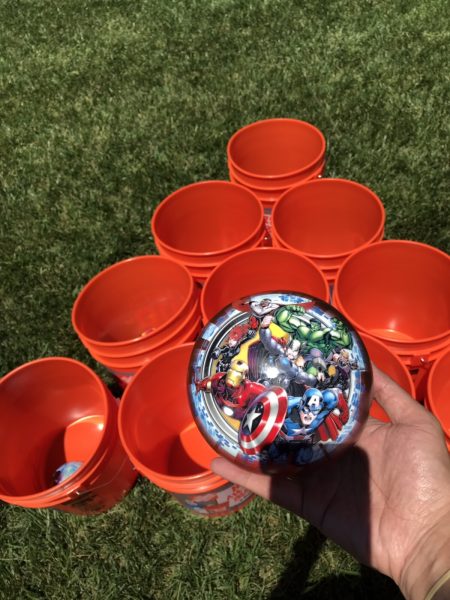 Once you have the 20 buckets and a couple balls, you’re all set. In trying different layouts, we found that setting the buckets 10 feet away from each other was the most optimal and made it easier for everybody playing. Anything further and you’re dealing with wind and just general inability for some people to reach the  bucket. The rules of the game are similar to any game of beer pong, you can add any house rules you want.

We spent the entire Memorial Day Weekend playing this game for hours on end. It was one of the few times we’ve found a game that everybody could be equally as competitive and enjoy themselves. Once you’re done, just stack the buckets for storage and bring them out again next weekend!