Over two months of voting has led us to this day. After thousands of people showed up to make their voices heard, Tacos TJ 664, was voted Wichita Most Liked Taco. 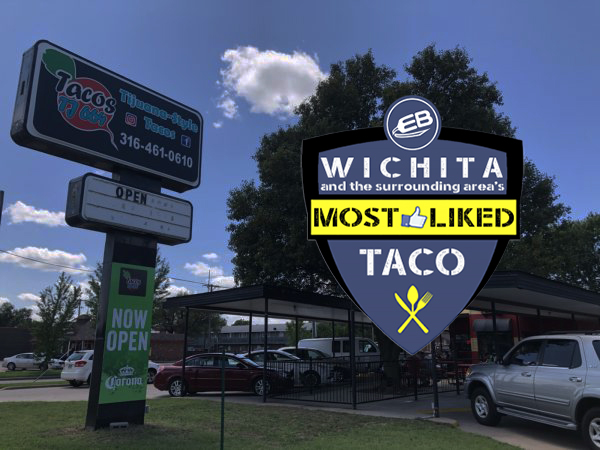 Tacos TJ 664 bested 127 other restaurants, food trucks and pop ups that all sell tacos throughout Wichita.

To those of you who have been able to just take a step back and enjoy the tournament for what it was, thank you. I hope you’ve been able to enjoy it, the banter between restaurants, discovering new places you may not have heard of and clicking on restaurant logos/building pictures for the last two months.

While we all know any social media poll is a big popularity contest, it was pretty cool to see a restaurant that has been open for two years (originally as a food truck) come out on top behind quick growing loyal supportive following in such a short period of time.

Tacos TJ 664 had an impressive run in the tournament. They had to beat many mainstays of Wichita that had huge popular followings. Their road to the championship started off with the relatively unknown Delicias La Dona. After that their path had to go through Taco Rio, Connie’s Mexico Cafe, Uno Mas Fresh Mex, Cactus Cantina & Grill, Felipe’s and then Paleteria La Reyna. Felipe’s and Paleteria La Reyna had some huge voter turnouts this tournament so it was a very impressive showing for the champion. They literally went through the gamut of different styles of Wichita taco offerings.

If you’ve never been to Tacos TJ 664, they are located at 803 N West Street. I’ll have a special blog on what to expect at the restaurant this week. So once again, kudos to Tacos TJ 664!

With that said, I hope you’ve enjoyed this and discovered some delicious new tacos places. Stay tuned for the next bracket reveal that will happen likely next month. Before that though, I’d like to invite you all to the 2020 Wichita By E.B. People’s Choice Awards. I know the Wichita Eagle does their Reader’s Choice Awards every year and I thought it’d be interesting to see how their reader’s votes are compared to the readers here. If you’d like to participate, click the image below or head to wichitabyeb.com/peopleschoice. Voting is now live and runs through August 11th. It’ll be your chance to decide the People’s Champ in multiple dining categories….. if you smell what I’m cooking.

As for the final bracket of the Most Liked Taco, download the full PDF here. And since the bracket is so large, I had to split it up into two images so printing off the file and viewing it that way is the best way. 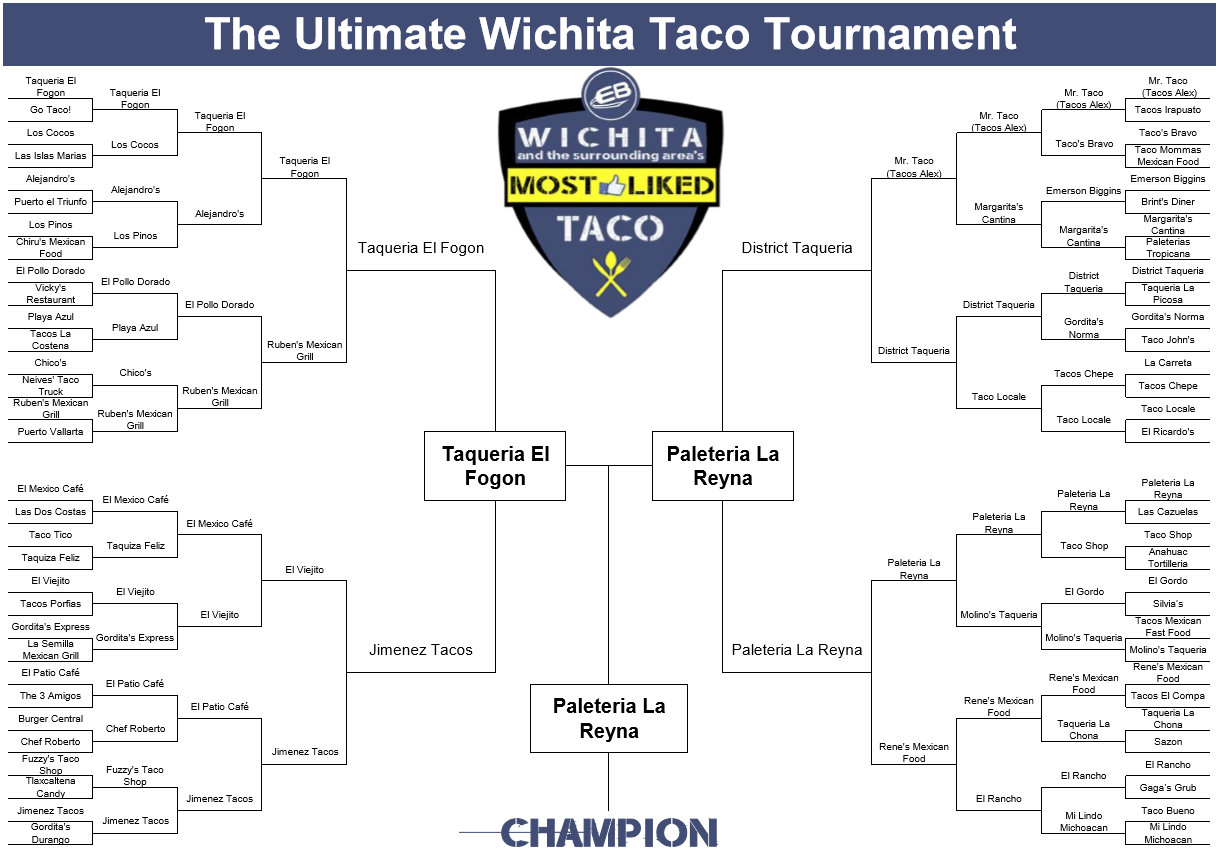 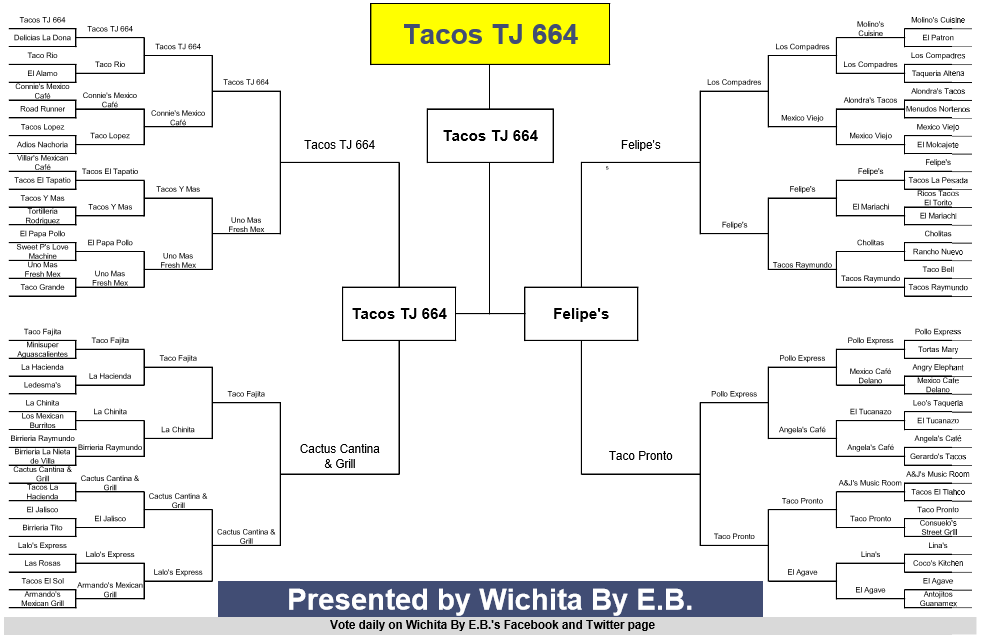 Thank you all for participating. Now go vote for the People’s Choice Awards!

What to expect at Dynomite Vintage Collectibles

Celebrating the 10-year anniversary of Wichita By E.B.

The answers to Wichita’s most asked food questions