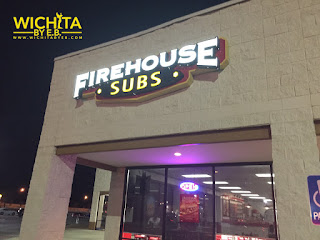 In continuing a new restaurant once a week for four months, my brother made the suggestion of going to Firehouse Subs.

Firehouse Subs is a national restaurant with three locations in Wichita. I’ve heard a lot of good comments about them from friends ever since they opened. Some of the appeal to Firehouse Subs is they were opened by firemen and the restaurant supports those first responders in the community. Eating for a good cause is always a good draw.

For our stop into Firehouse Subs, we stopped into the Eastgate plaza location at Kellogg and Rock Road. There are two other locations at 2413 E Greenwich and in New Market Square at 2755 N Maize Road. A fourth location will be opening up soon at 446 S Ridge Road.

Inside each restaurant, the walls are located with pictures of first responders and a wall hangings with a firehouse theme. 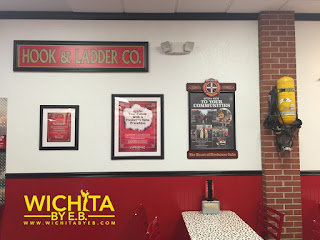 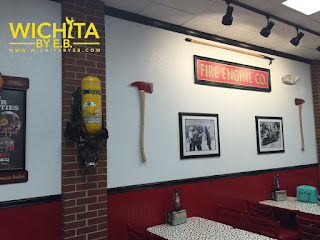 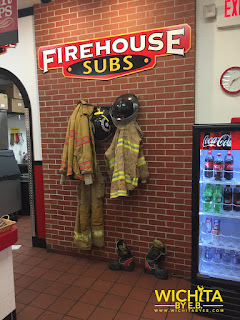 You place your order at the register like any sub spot in town. The cashier takes your name and you go grab your drink and a seat. 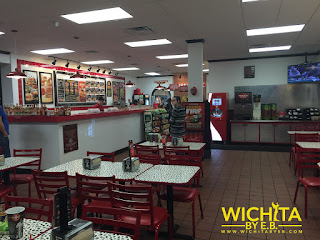 I ordered a New York Steamer: Corned beef brisket, pastrami, melted provolone (I asked for no cheese), deli mustard, mayo, and Italian dressing. Being the engineer in the family, my brother ordered the Engineer: Smoked turkey breast, melted Swiss, and sautéed mushrooms,

Once our names were called my brother was actually given the wrong sub. No major problem, he returned it and when they fixed the sandwich, they gave him double the meat at no charge. It was an honest mistake but they took care of it quickly. Great customer service there. 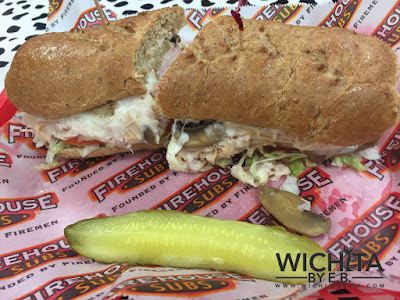 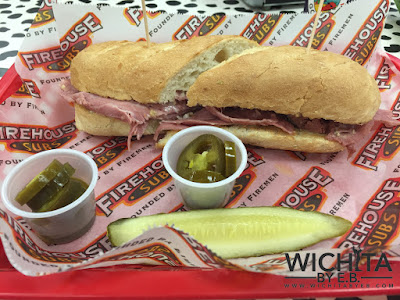 So how about them subs? Delicious. Even though I didn’t double the meat like my brother, my New York Steamer was very filling. The corned beef and pastrami were delicious. The sandwich lacked vegetables of any kind so I did ask for peppers later to include in it. Still a winner of a choice and a sub I would certainly order again.

My brother loved his Engineer. He said it was a sub he orders over and over again. Of course receiving the double meat, he was over the top full by the end of his meal.

He goes here every so often with his co-workers and there’s a big debate in his group on what’s the best sub place in Wichita. Some say Firehouse subs, Some say Jimmy John’s. Personally I’m a huge fan of both now and would need some sort of blind taste test to really decide.

Call me a fan of Firehouse Subs. The fact that I can eat food and know at least a small percentage of what I’m eating helps out some people in town makes me feel like a Saint……while eating.

….and Parents, kids 12 and under eat for 99 cents every Monday and Wednesday. 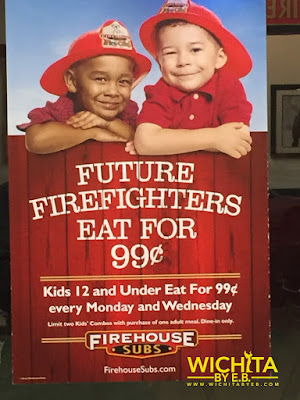 and I’m sure my friends will ask me after reading this blog so to save any time, I’ll answer the question now: “No, I did not by a Firefighter Calendar.”