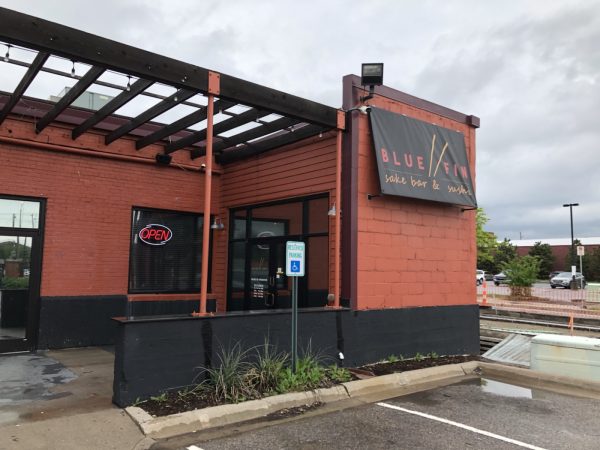 Wichitans love a good food deal. Here’s one you should all check out. From now until the end of the month Blue Fin Sake Bar & Sushi are 50% off on Monday through Friday from open to 3pm for dine-in only.

And here’s an update: the deal is now available through the month of September! After that, the deal will officially be gone.

I tried to go the first couple weeks the deal was offered and the restaurant was packed. That seemed to die down a little on my most recent visit. There were five of us and we all ordered two rolls a piece.

You can order any of their fresh, baked or tempura rolls for the deal. 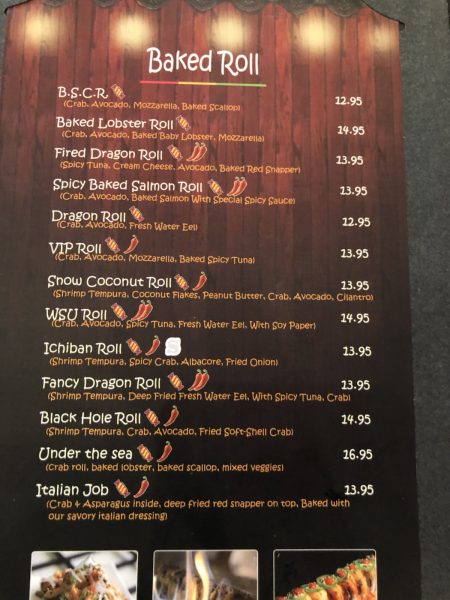 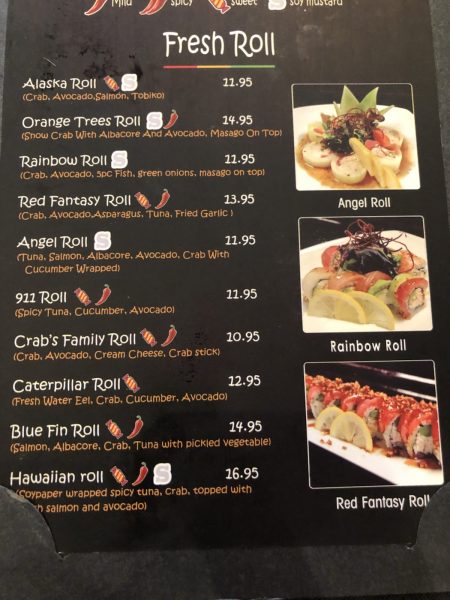 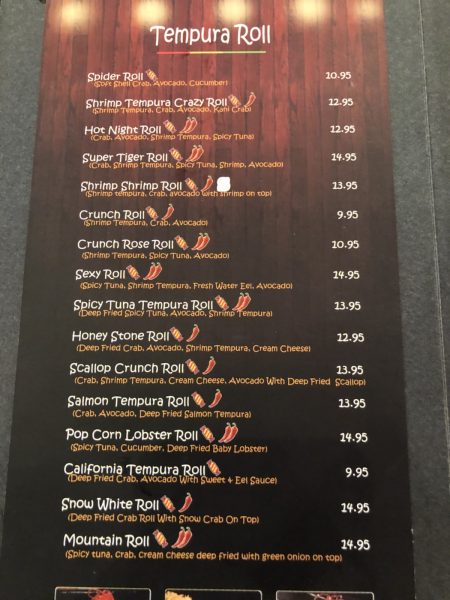 I was too busy staring at the rolls to get a name with each picture taken. But some of them stuck out to me and I have those listed in the caption. 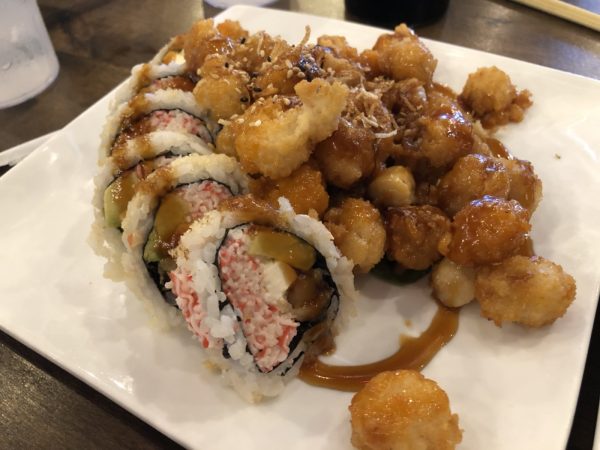 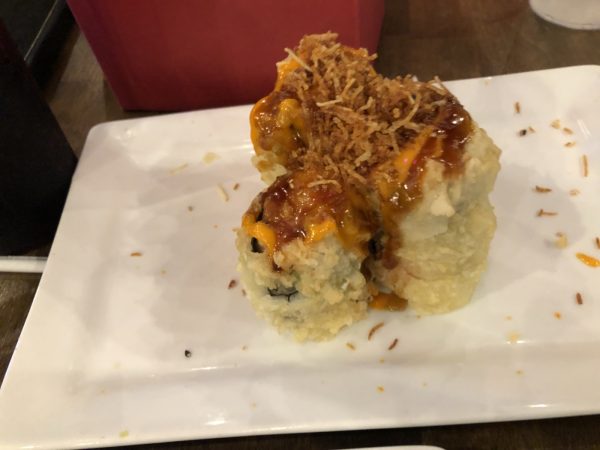 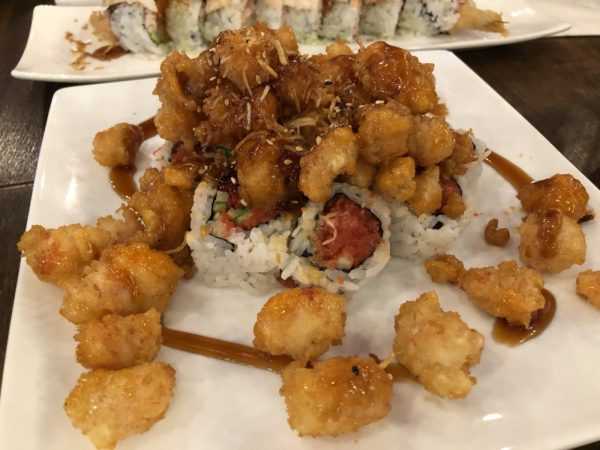 Between the five of us, ten rolls were more than enough. The last couple bites were tough to take in. It’s a fact that you can get sushi drunk; I proved it.

My favorite roll of all the ones we tried was the Blue Fin Roll which included salmon, albacore, crab, tuna with pickled vegetables. It was a true delight for those people who love raw fish. Others that stuck out for everybody included the Red Fantasy Roll, Hawaiian Roll, and Snow White Roll which we ordered two of.

The service was amazingly quick for it being lunch time and the amount of rolls we had. Everybody had a great time despite how stuffed our stomachs were. Of course, an hour later we would be hungry again.

If you’re trying to make lunch plans soon, Blue Fin Sake Bar is the way to go while they have this deal. They mentioned this will end in September so you have less than 30 days to get in on half off goodness. 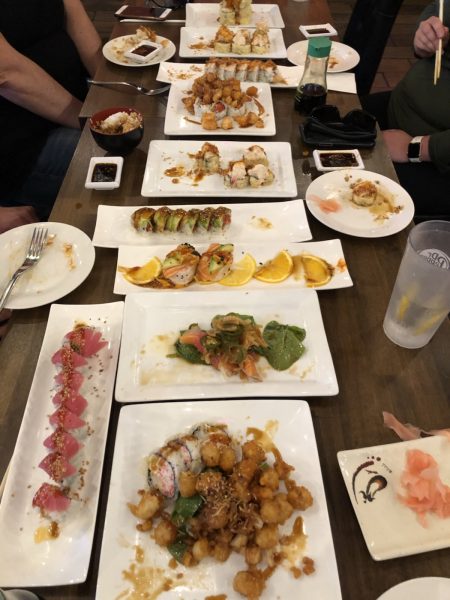 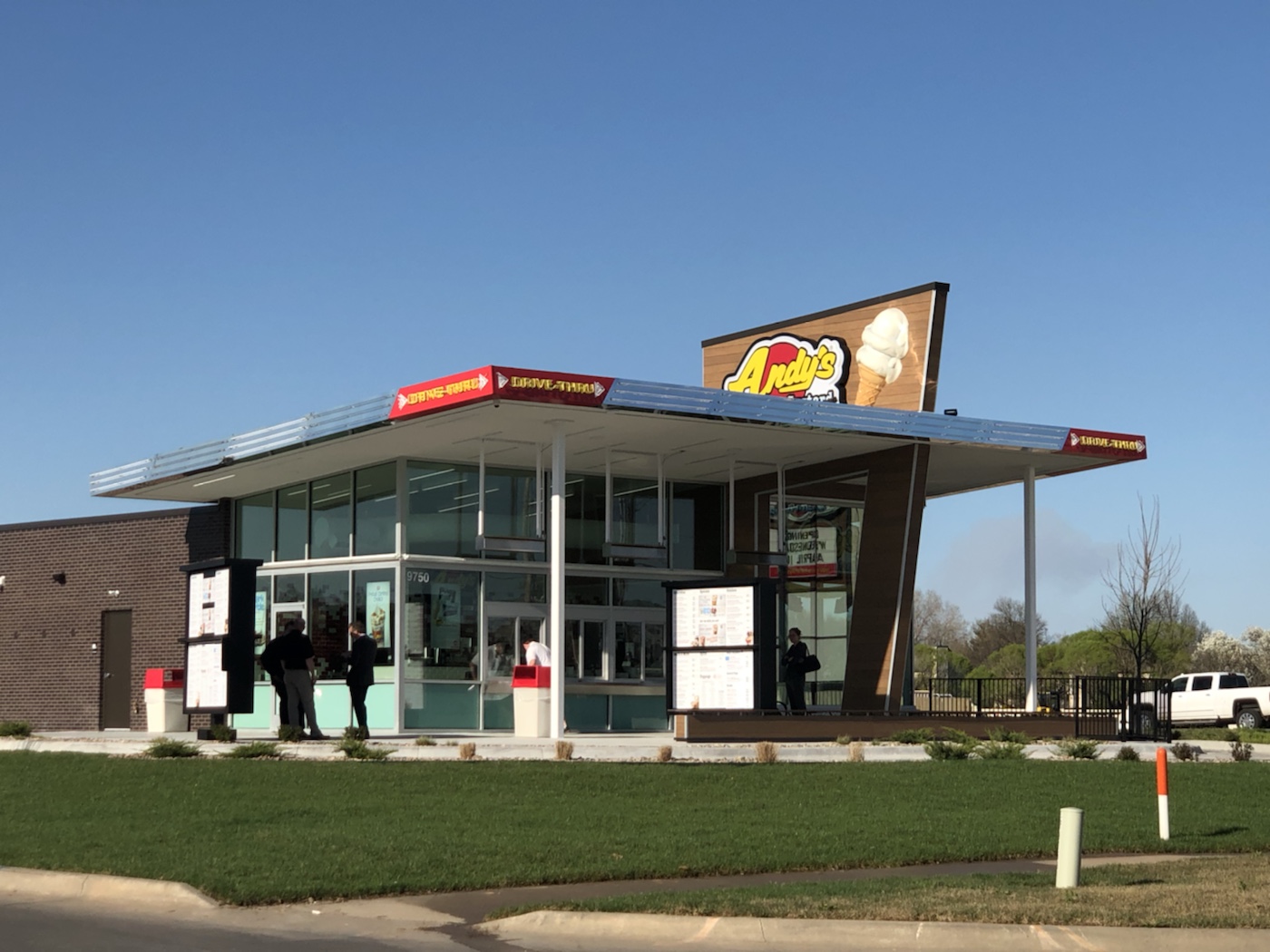 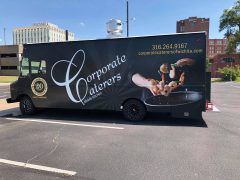 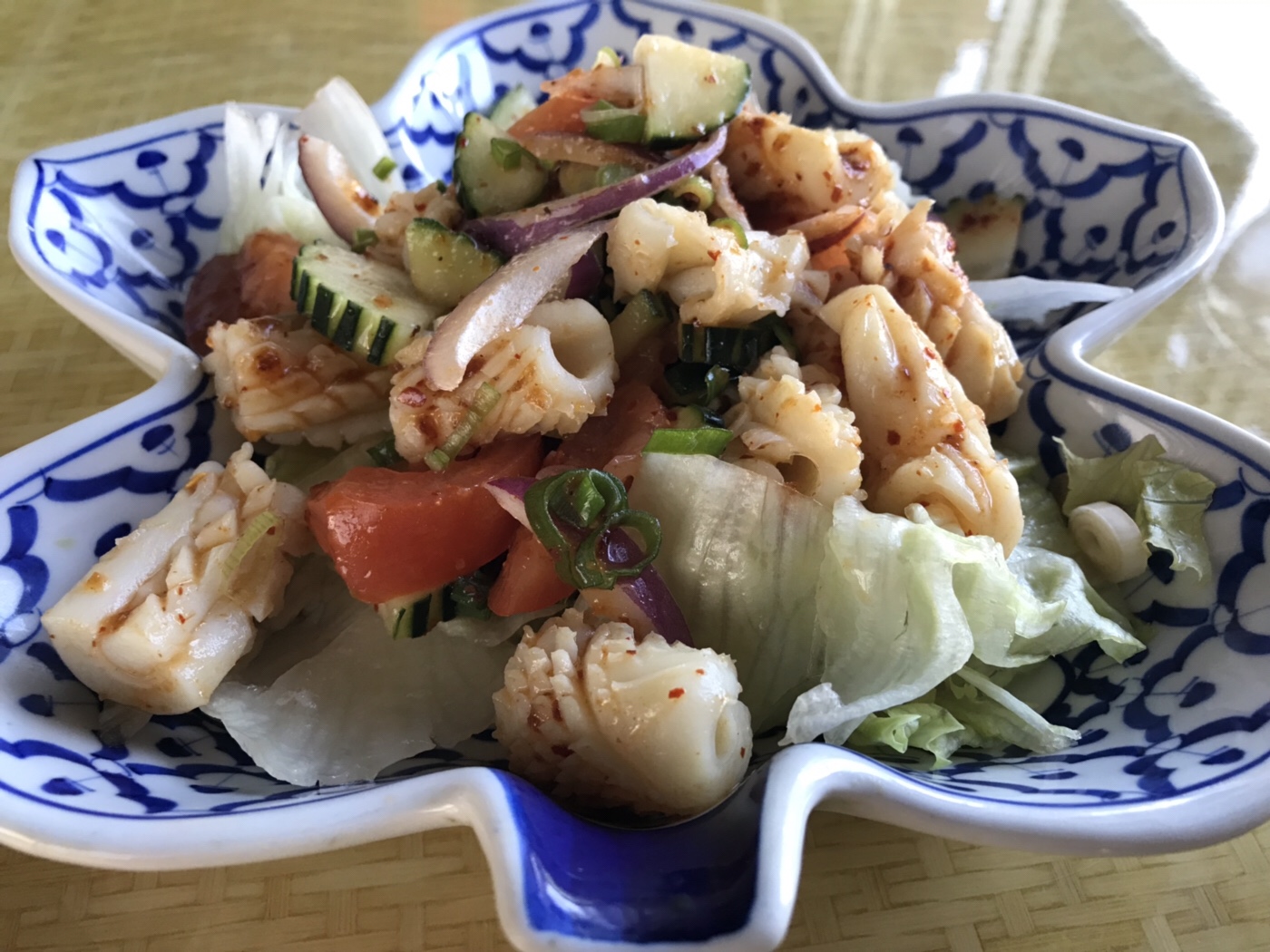 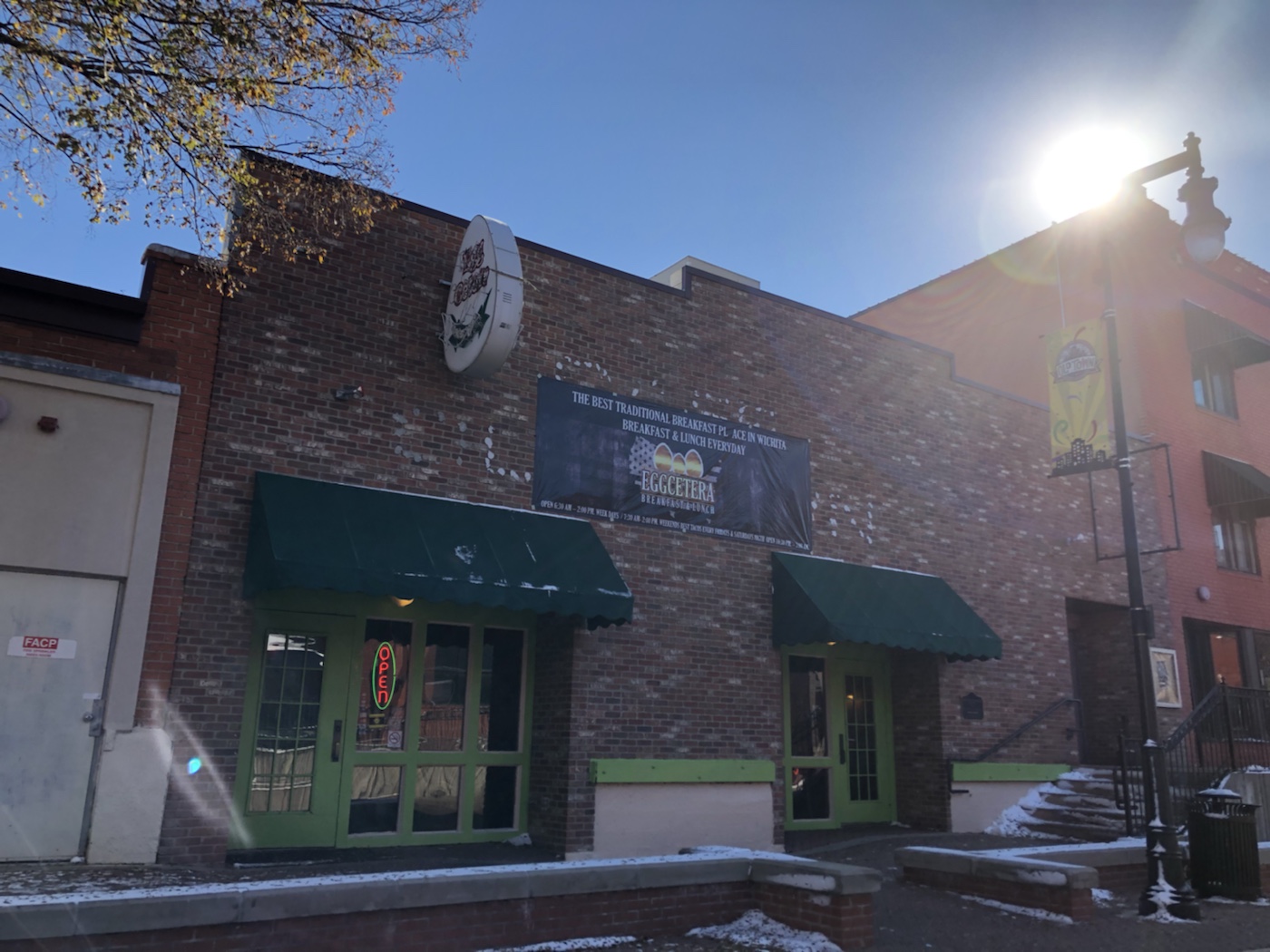 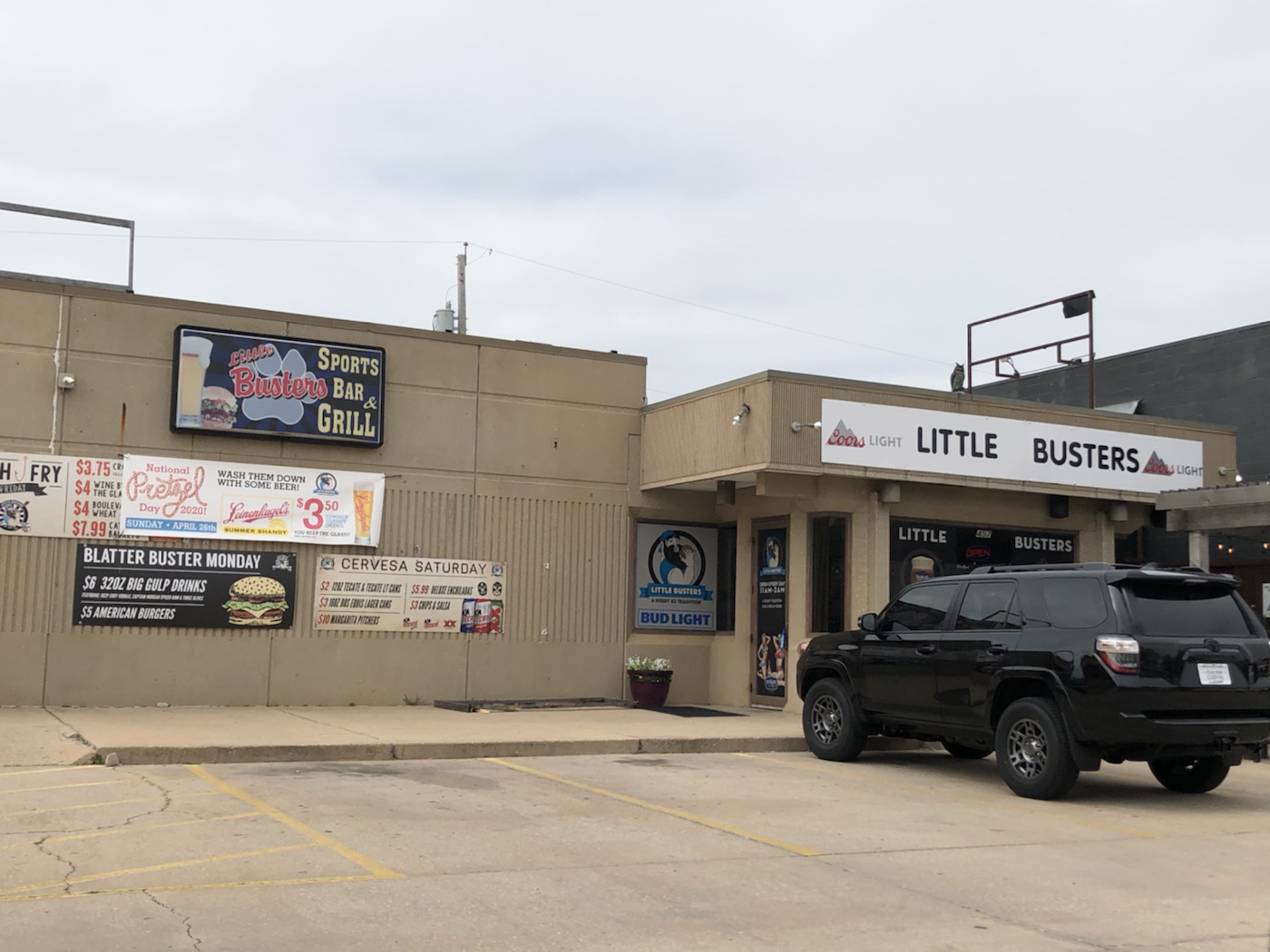