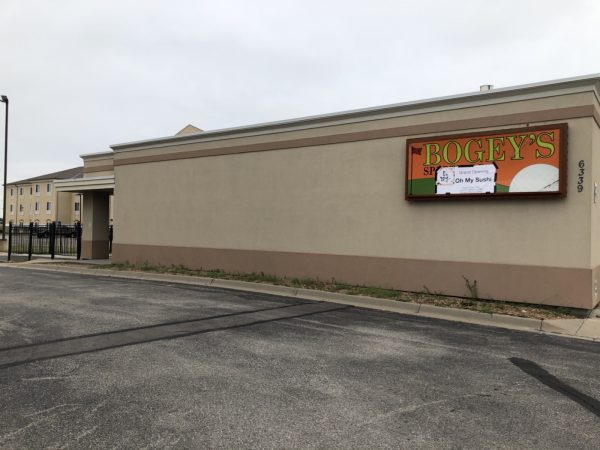 Tucked away off of West Kellogg is a brand new Japanese restaurant that took over the former Bogey’s Sports Bar space. It’s called Oh My Sushi and is located behind the Super 8 Motel. Even though it has a West Kellogg address, it’s best found off of South Dugan Road.

The new restaurant is currently open for carryout only with plans to open the dining room which includes a patio later in the year.

I dropped by opening week to get a quick first look at Oh My Sushi. While asking for suggestions, they recommend that I get one of their bento boxes which came with rice, salad and miso soup. I went the teriyaki option.

Of course, I had to order some sushi at a place called Oh My Sushi. There was a limited sushi menu and I’m told it would be expanded in the coming weeks. So with few options to choose from, I went with the sake (salmon) and spicy tuna roll.

The bento box came with a side of gyoza. The gyoza appeared to be a little under-steamed (if that’s a term) as most of the exterior and interior was really soft. Yet the edges were still hard. The salad was nothing to write home about and fairly basic. But the chicken teriyaki was pretty good. There was a nice tasty glaze over it that kept me coming back for more. As for the miso soup, it was really flavorful; although it’s really hard to mess up miso soup. 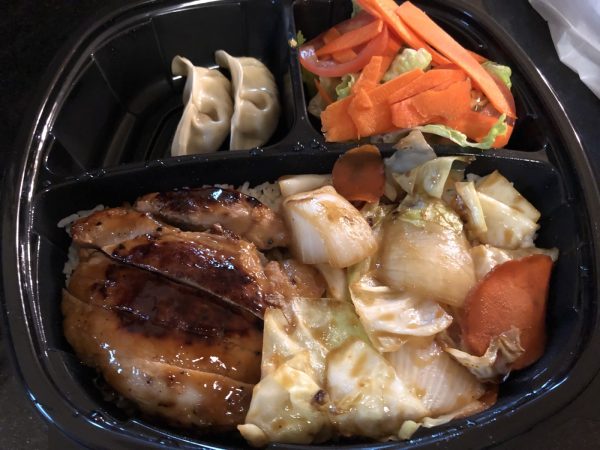 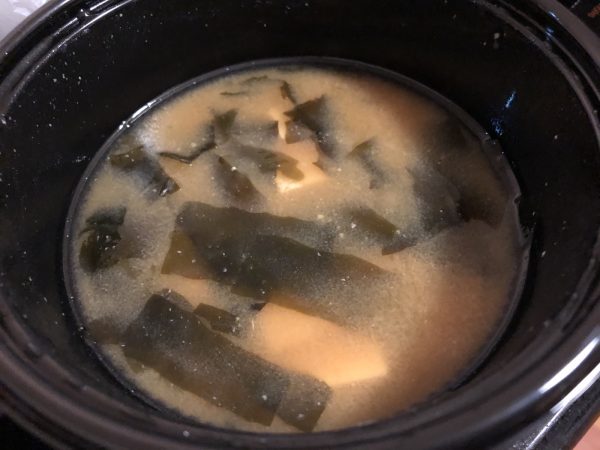 Both orders of sushi were simple yet effective. The salmon was the favorite of two. They had big cuts of salmon placed over a ball of rice. It tasted fresh which was all I wanted. The spicy salmon wasn’t all that spicy; I’m not sure if there was any semblance of spice to begin with. 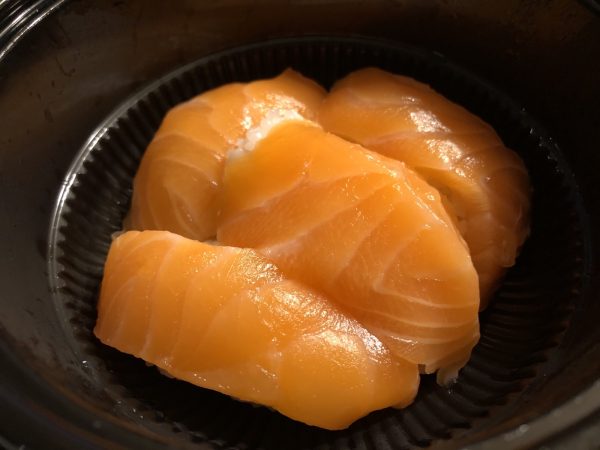 Oh My Sushi just opened. It’s just my assumption, but it looks like they tried to get their doors open as soon as possible to get some return coming in on their lease. With an incomplete sushi menu that’s still being worked on, I think it’s probably a little early for me to completely form an opinion on them. I think sushi restaurants are best judged on their specialty rolls so I’ll have to return once that is available. 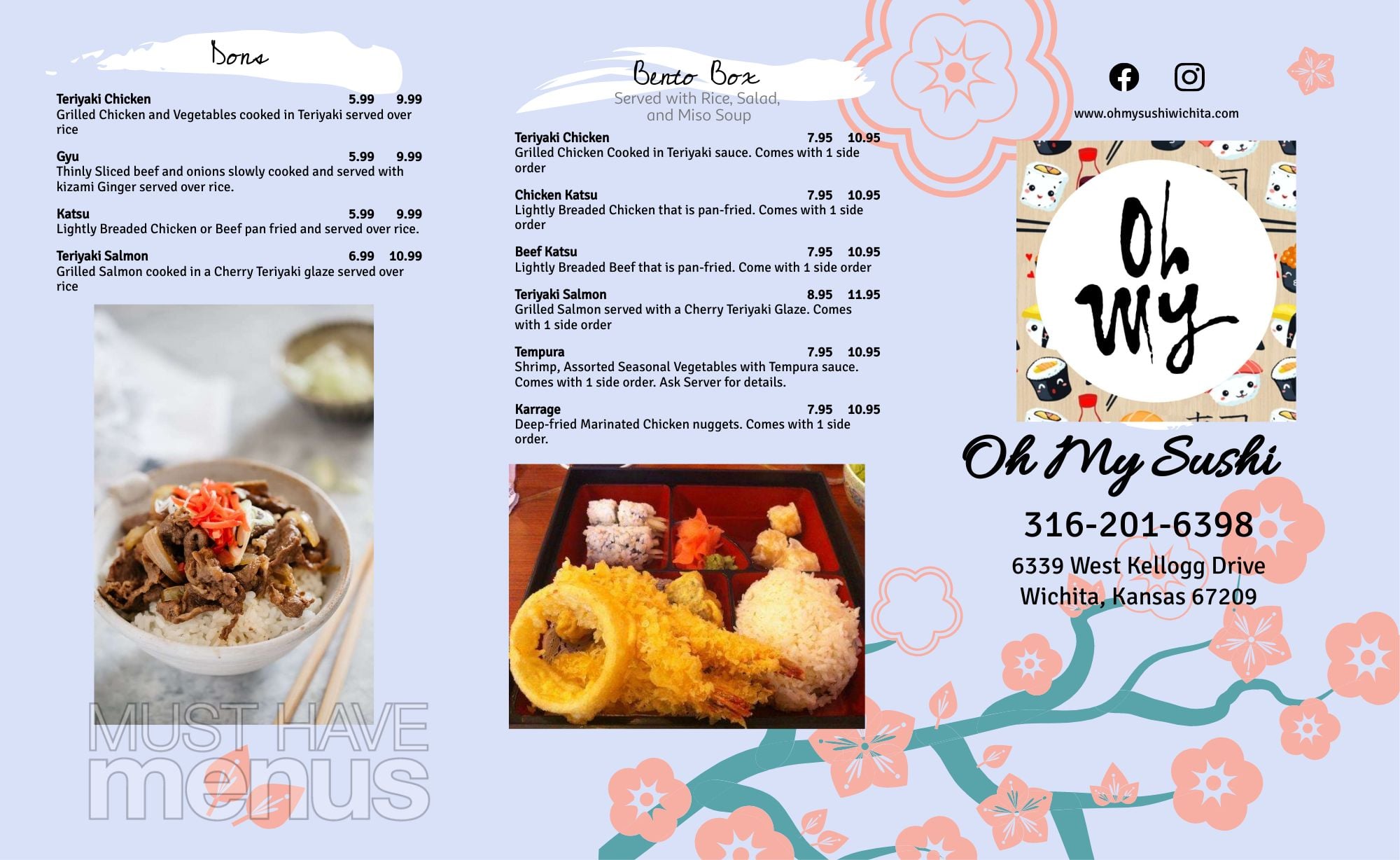 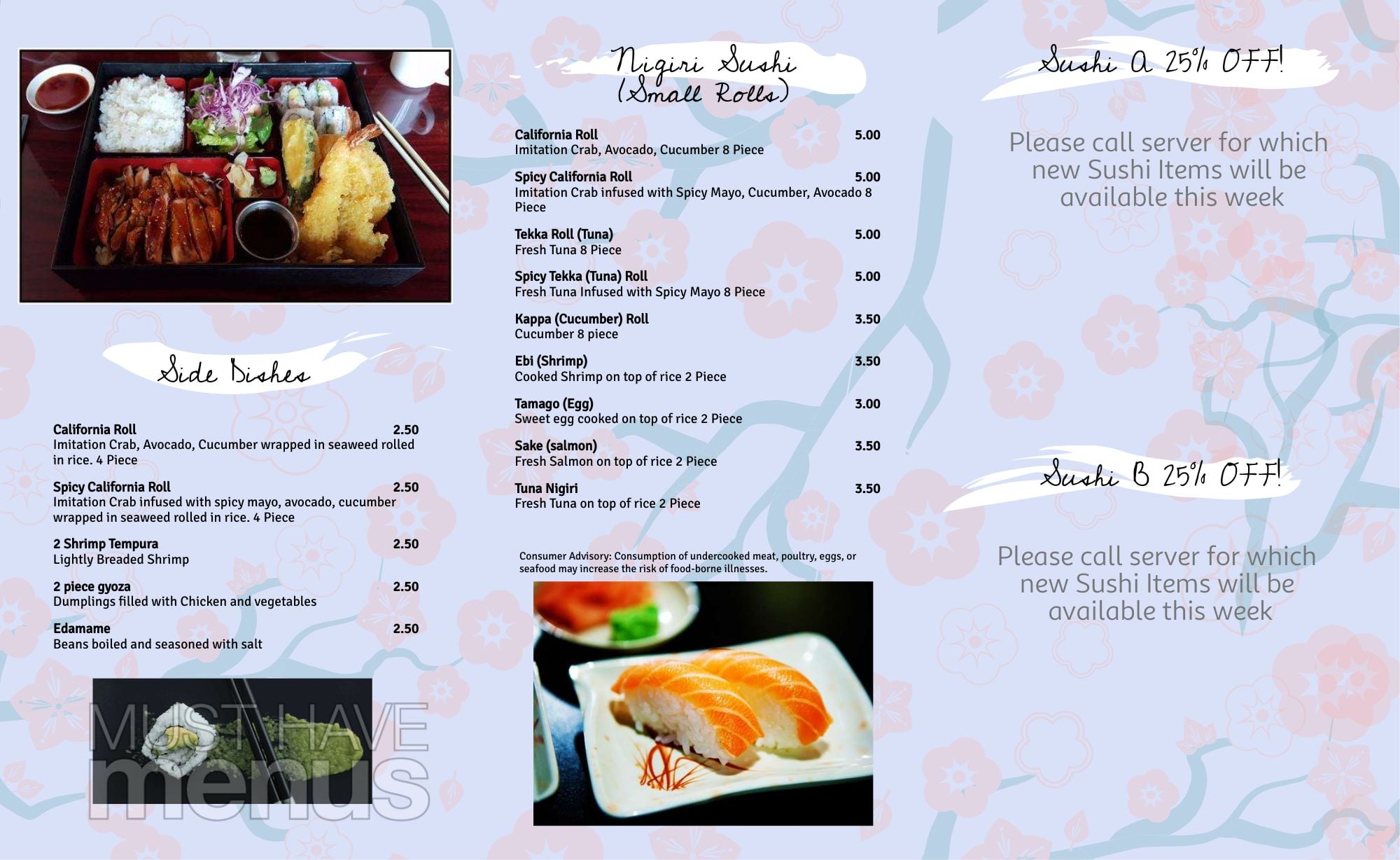