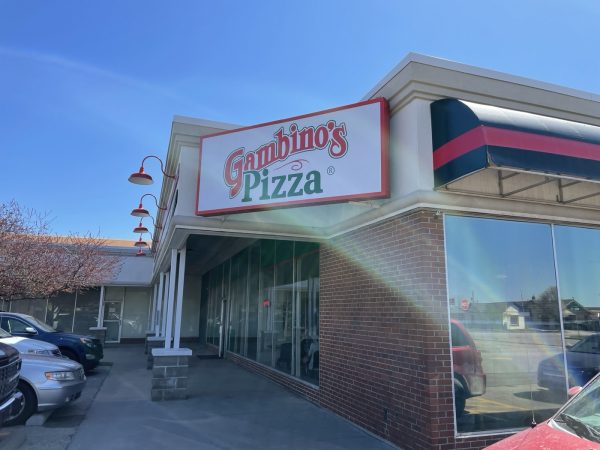 Earlier this year, Talliano’s Pizzeria closed after 27 years of business in Derby. Another pizza option was quick to take over and finally opened in March. Gambino’s Pizza took over the turnkey operation and made sure the city of Derby still had a pizza buffet option.

The Derby Gambino’s is owned and operated as by Rob Wagner who also owns locations in Winfield and Alva, OK. Much of what you may remember from Talliano’s is still present at Gambino’s. They kept much of the same feel inside.

What Talliano’s was most popular for was their buffet which unlike some of the other Gambino’s is available over lunch and dinner. While I haven’t been to Talliano’s in a while, the last time I was it was $5.69 for lunch and $5.89 for dinner. Add in an optional drink for $1.99 and I believe the salad bar was $1.50. At Gambino’s, the price has jumped up to $9.99 per person but includes salad and a drink. I’m not certain if it is cheaper for kids as it wasn’t listed on the menu.

The price of the buffet includes pizza, pastas, cheesesteaks, salad, dessert and a drink. Here’s a visual of what was available on the buffet line. 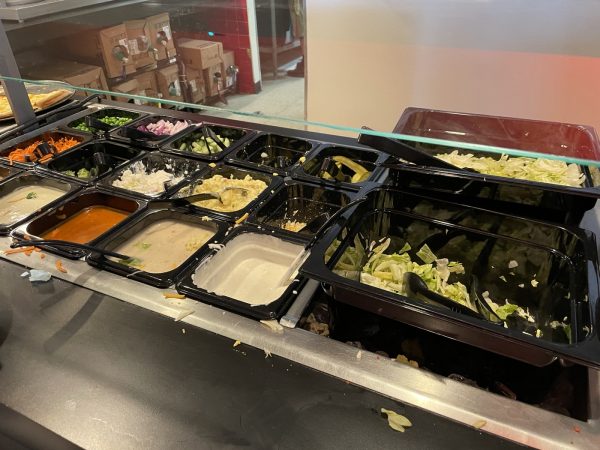 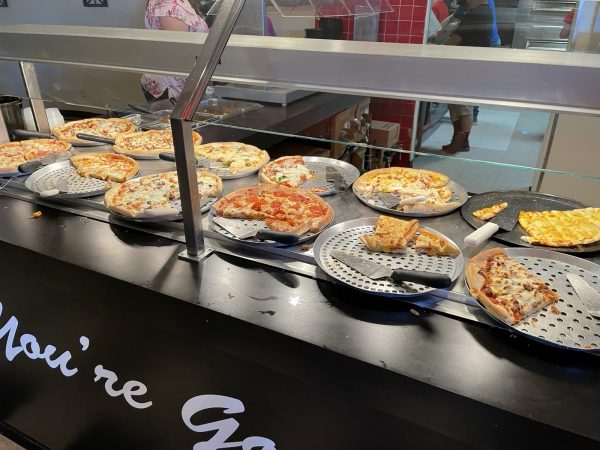 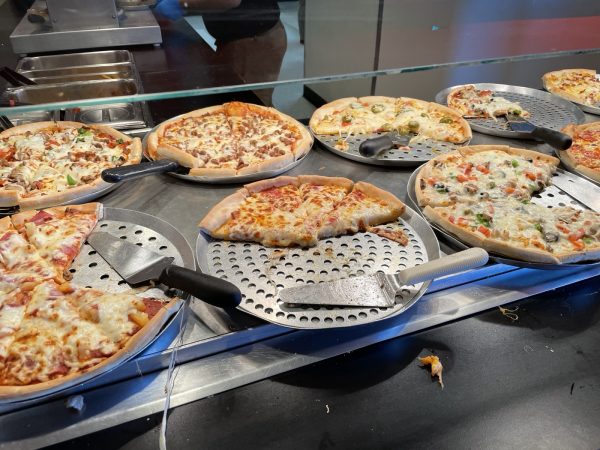 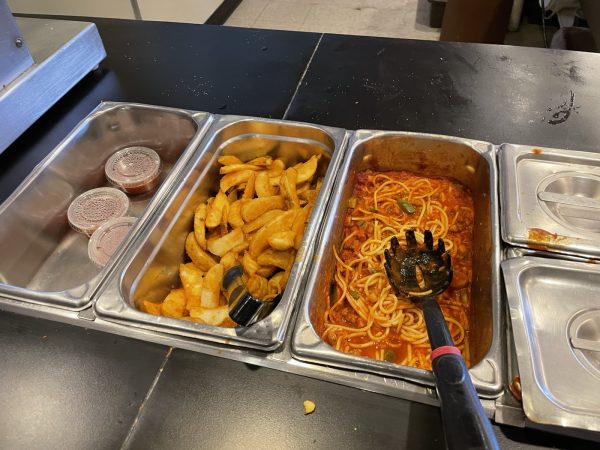 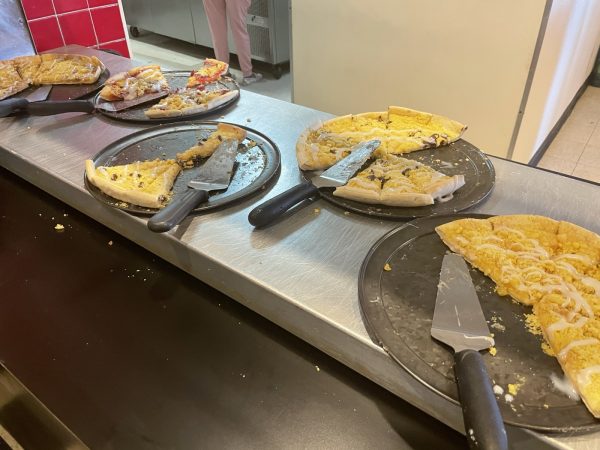 I went through the buffet line a couple of times and it’s about what you’d expect in a pizza buffet; really thin pizza crust, average number of toppings, and lots of cheese. I don’t believe anybody goes to Gambino’s expecting fantastic earth-shattering pizza. For what it was, it was good and satisfying. Could you spend $9.99 elsewhere on better pizza? Of course but if you want the buffet experience, this isn’t the worst option out there.

The one nice thing about Gambino’s on my visit was how quick they were putting pizzas out. They were busy that day but kept up with the lines of customers at the buffet station. That’s the best way to keep customers happy at any buffet. If there wasn’t a sign out that said Gambino’s, I probably would have thought it was a Talliano’s. 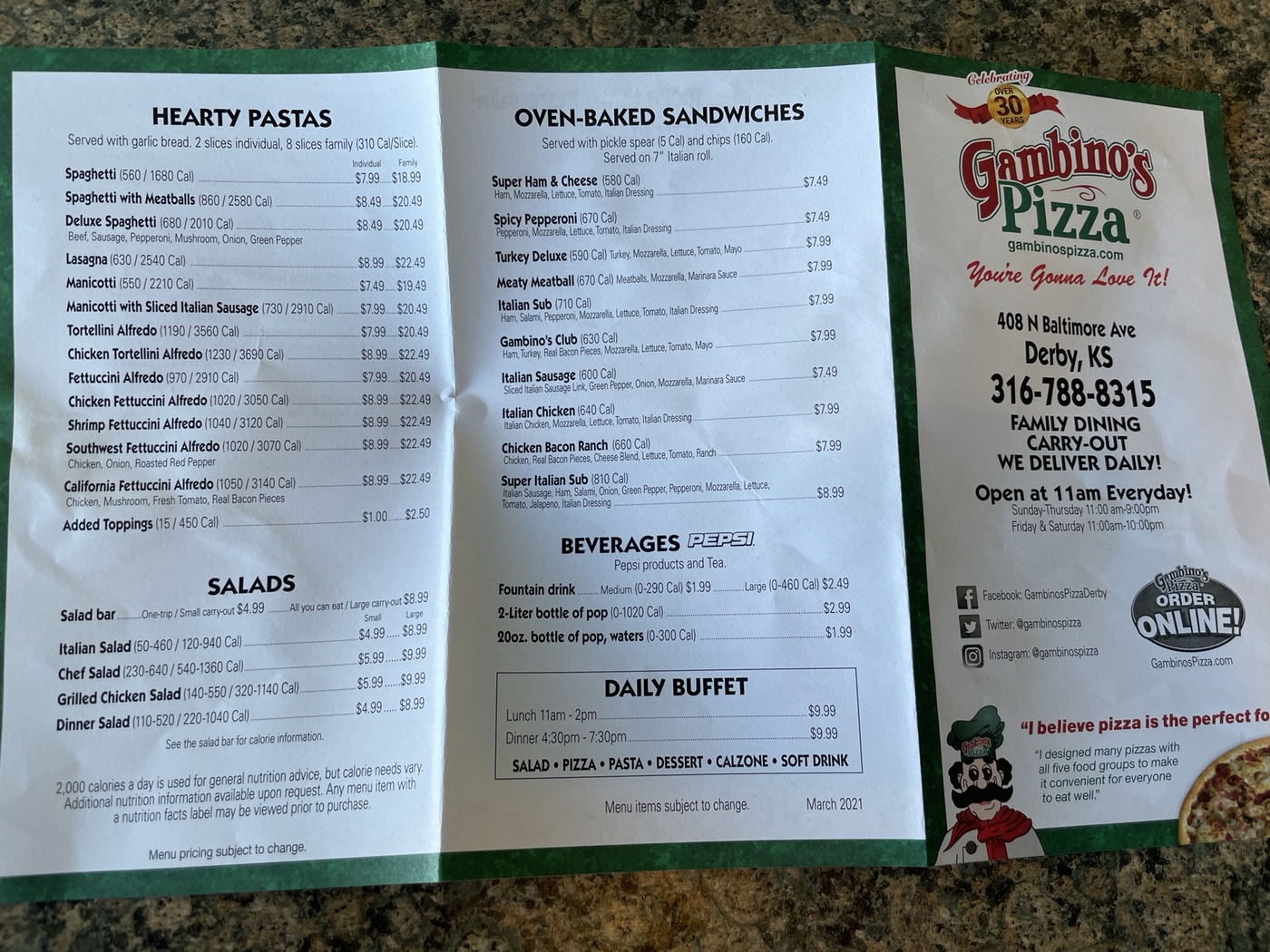 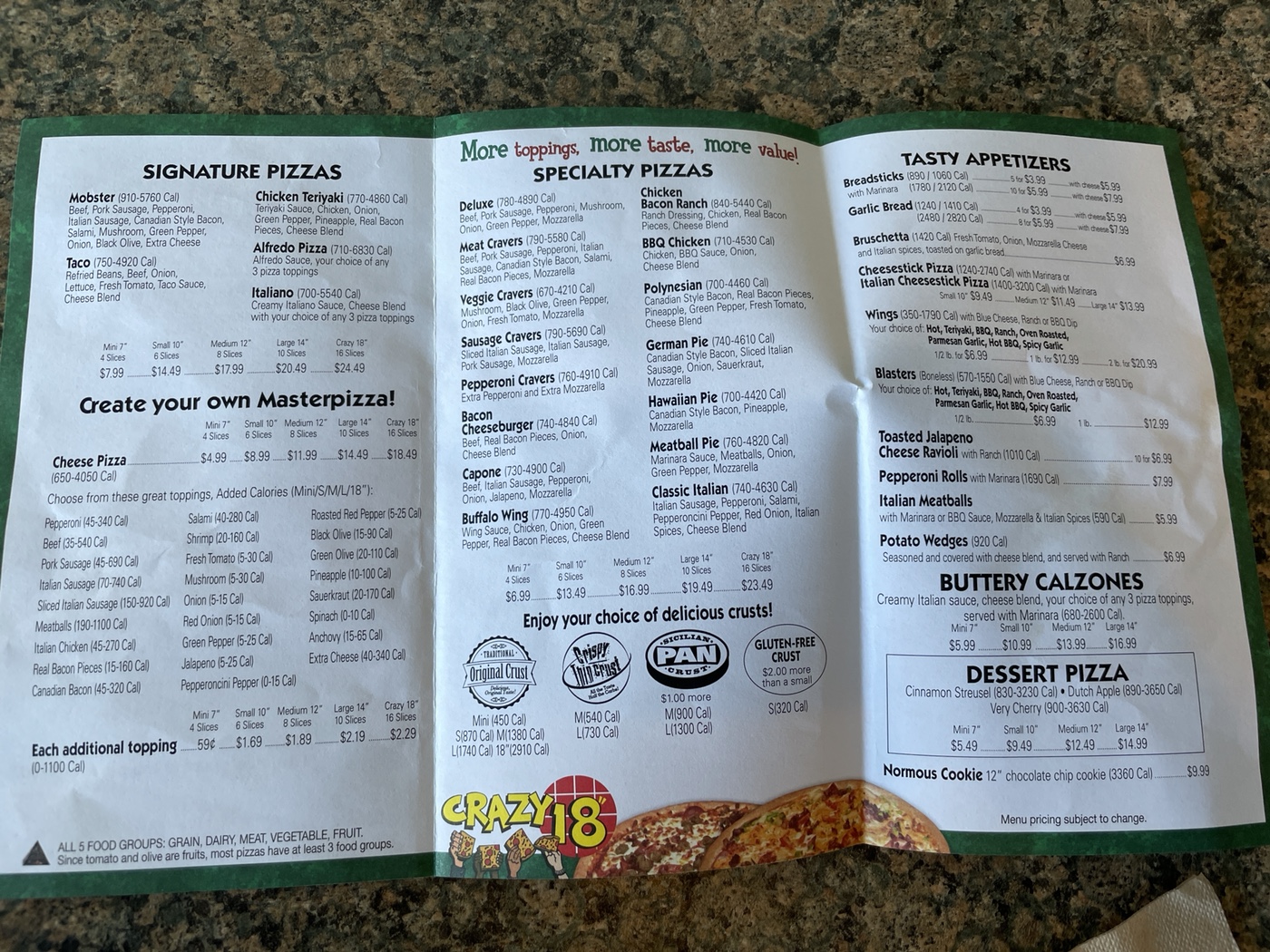