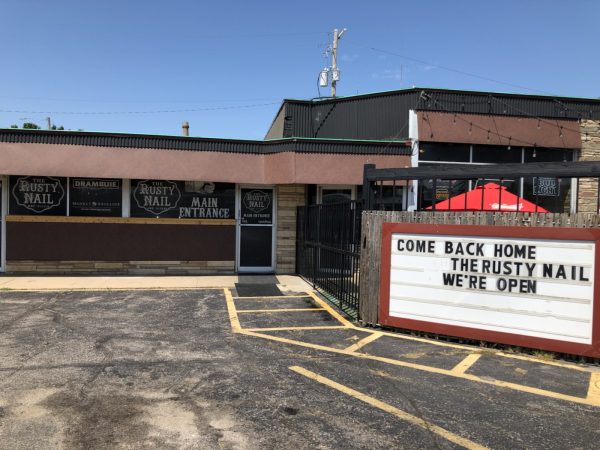 Not too long ago a new bar opened on South Washington called The Rusty Nail. The first visit took place not too long after they opened. There were some highs and lows from that original stop but there was lots of promise that I liked. I made sure to make it out once they got some kinks out. Here’s the revisited review.

A buddy and I dropped by for lunch. I wish I took some pictures of the interior, but they did some remodeling to spruce the upstairs and downstairs area to make it more spacious and inviting. Darts, pool, video games and more are now available to give you something to do with some friends over a few drinks.

But the point of the visit was the food, so I went with their Club at the recommendation of our server. My friend went with the Cheeseburger Chowder soup which was the special of the day.

A Club sandwich is something I rarely order at restaurants simply because other items catch my eye, but I was really taken aback by not just how good it was but how much food was packed on the plate. There was a bit of everything in the Club with not one ingredient overpowering or standing out from the other. It was a well-balanced sandwich that had me going in for more. The fries were still a hit for me. They were probably better than I remember. There was a nice crisp to them along with a coating of salt that made for an excellent fry.

My buddy thoroughly enjoyed his soup. He was looking for something on the lighter end after a big lunch and this hit the spot. It was not so heavy yet very flavorful. He mentioned that his sandwich could have used a little more meat between the bread but otherwise very happy with everything. 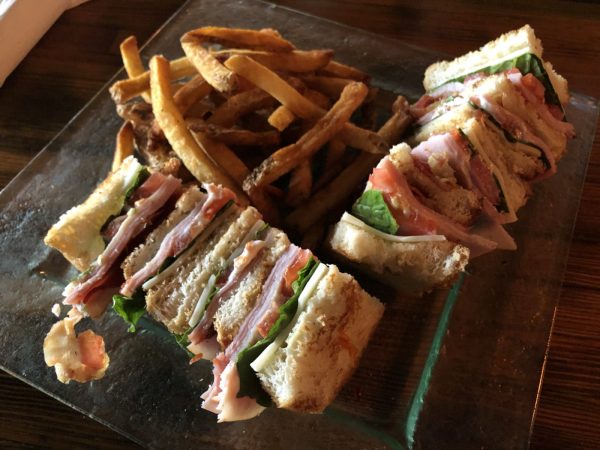 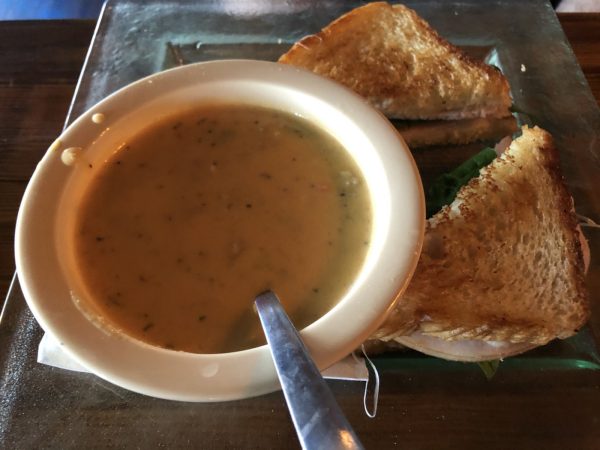 Overall verdict on The Rusty Nail after giving them some time to get the kinks out was a solid thumbs up. Good food with an equally positive happy staff made for a great time. 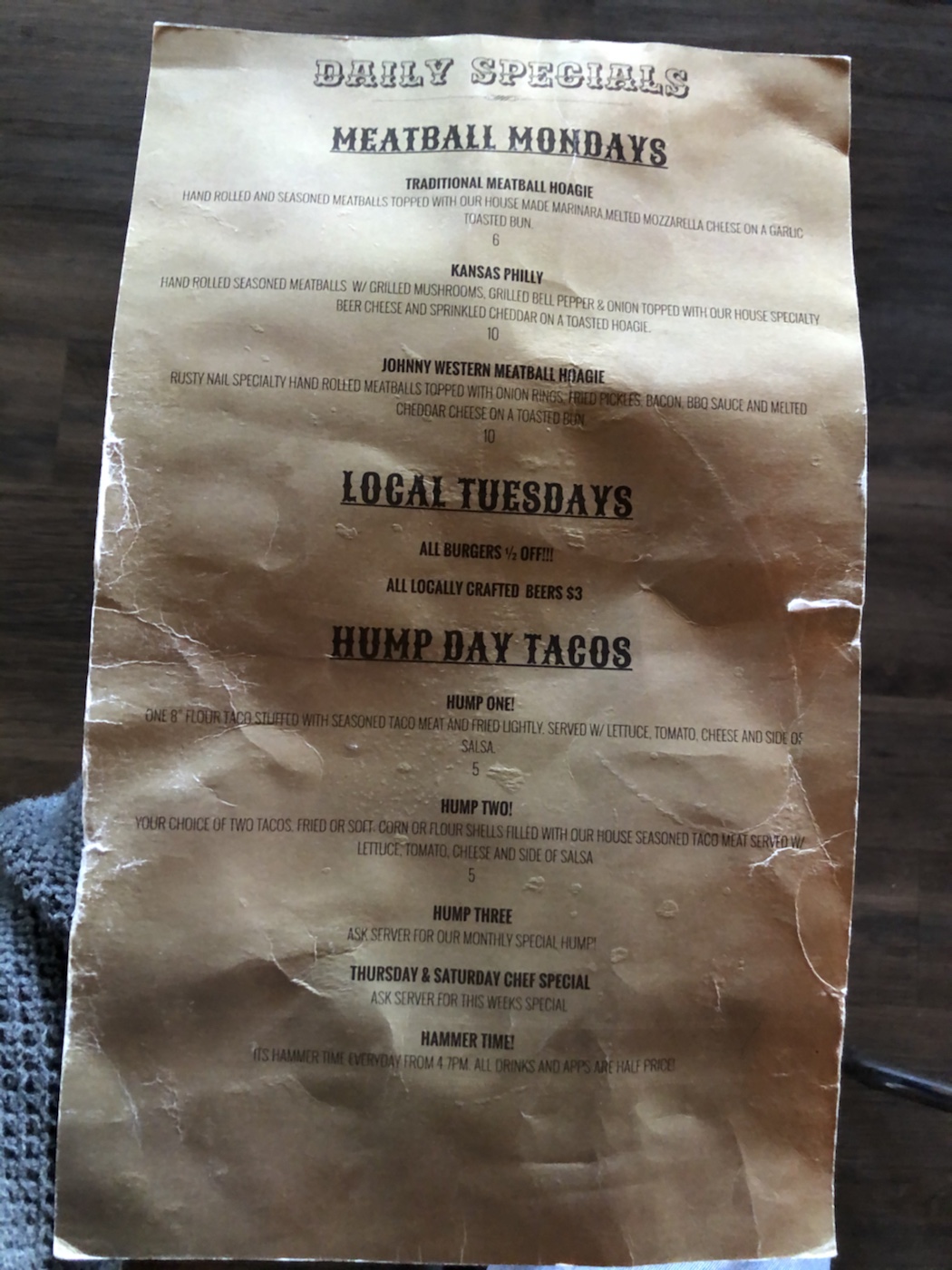 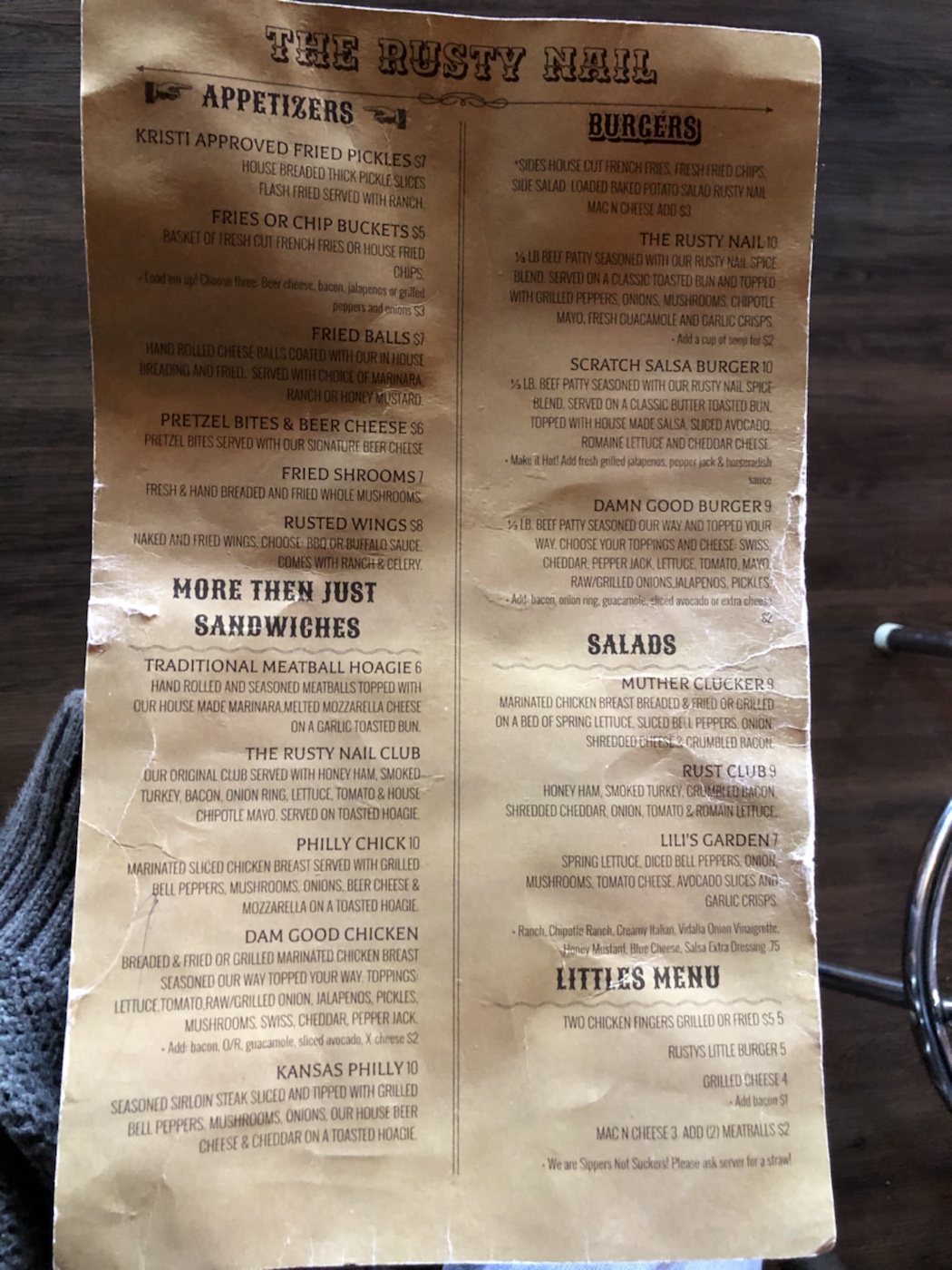