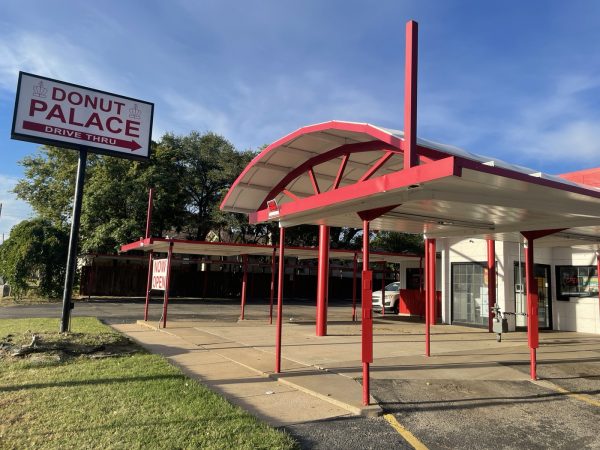 One of the restaurants in Wichita I’ve been wanting to revisit for the longest time is Donut Palace. It’s a donut shop that opened around the beginning of 2021. Since then, they’ve added something to the menu that caught my eye. They’ve also ushered in many new fans that have fallen in love with the new donut shop. 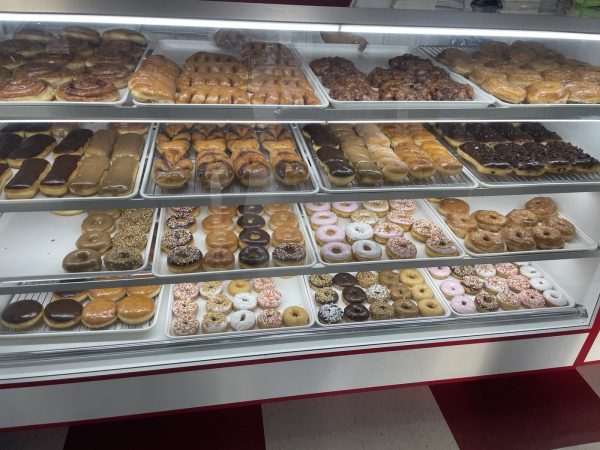 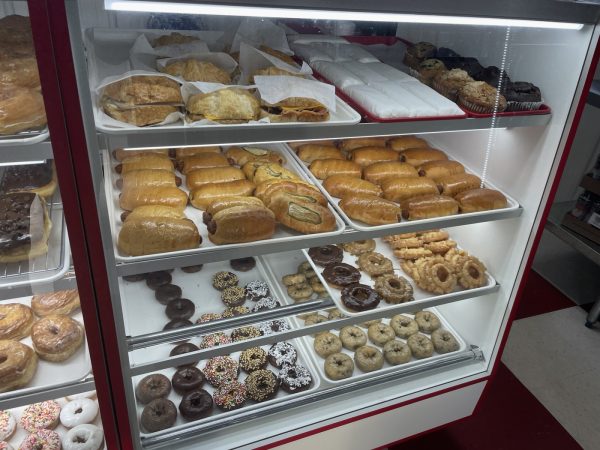 I ordered a biscuits and gravy, kolache with jalapeno, a cronut which we’ll get into later and a donut. 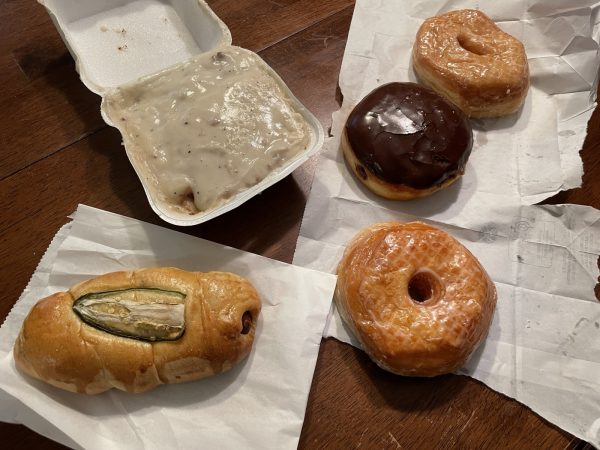 The kolache was a nice start. It was the spicy yet savory meal I needed to begin my day. The dough was as soft as a pillow and had just the right amount of heat to it. 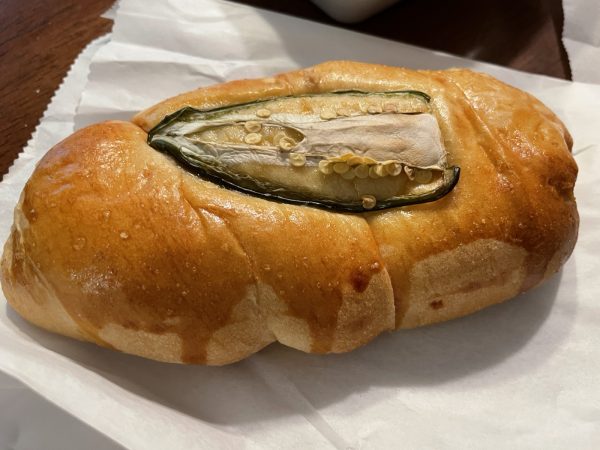 While not the most visually appealing picture of biscuits and gravy, it’s something I make sure to order on every visit. I loved how the gravy had huge chunks of sausage. As much as I love biscuits, I could probably order the gravy by itself and be equally satisfied. 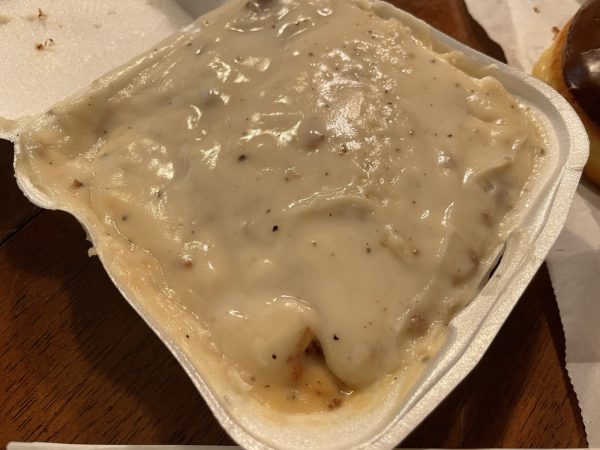 But if you really wanted to elevate the donut game, the cronut is a must add to your list. As you can guess, it’s a mix of a donut and a croissant. I purchased a couple to take home and we loved how it had the crispy texture of a croissant but the classic sugary glazed flavor of a donut. It was flat out delicious. 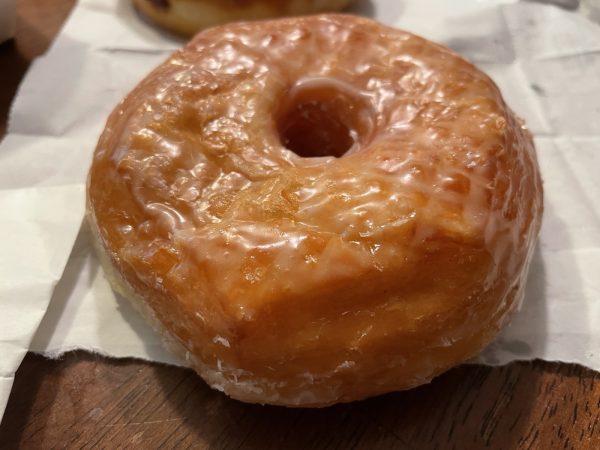 And you’d be hard-pressed to find a nicer person at a donut shop in town. The lady who runs Donut Palace is the definition of sweet and friendly.

Here’s their menu. Keep in mind, I’m told a new one is in the works. 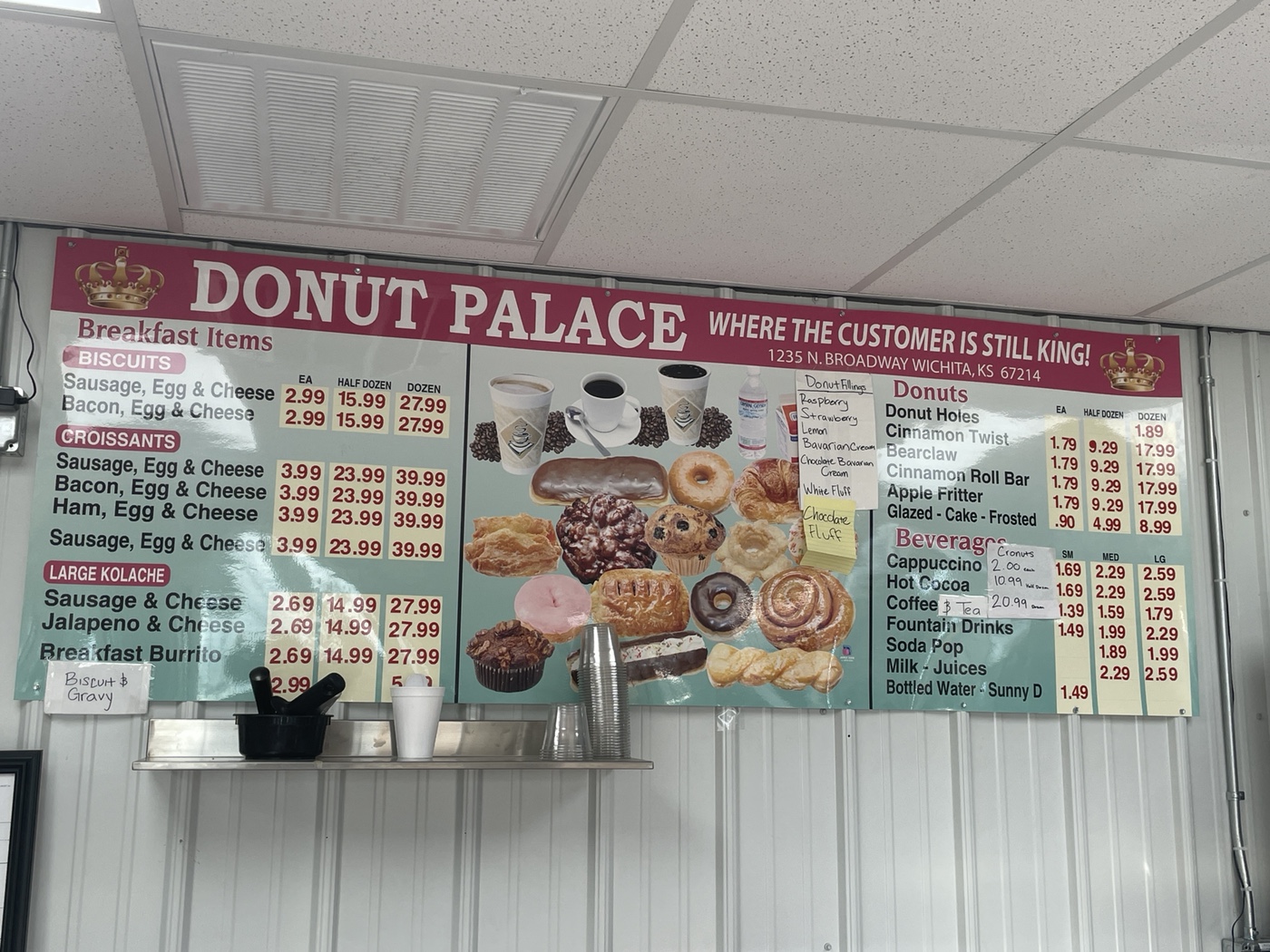 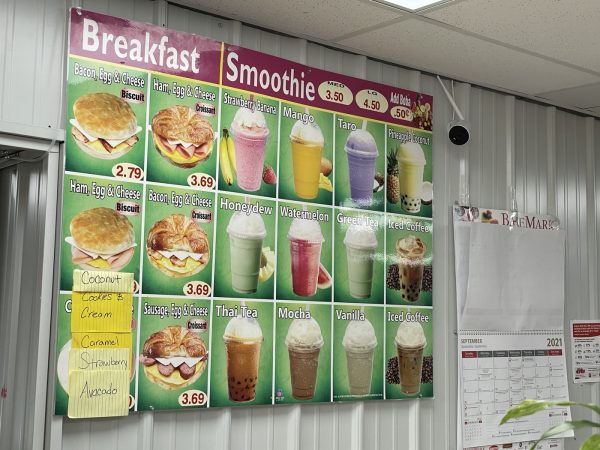