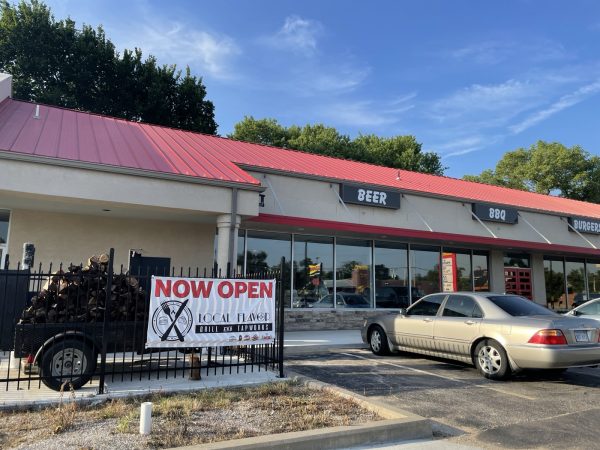 One of the hottest restaurants to hit the scene this summer is Local Flavor Grill & Tapworks. In my circle of family and friends, it’s received rave reviews for their mix of American and Mexican dishes that include burgers, tortas, BBQ, and more. On top of the delicious food, Local Flavor offers a great selection of local beers.

With a couple of months under their belt, Local Flavor wanted to unveil a new menu with dishes they hope can entice even more people. We dropped by to get a sneak preview of what’s in store for the new menu that’s available now.

Tuesday – Saturday: 11am – 9pm
Closed on Sunday and Monday

We started off with some simple appetizers. To kick off our meal, we were introduced to their new salsa bar that featured six different salsas along with some slaw options.

One of the underlooked foods in town are chips; it’s something so many people take for granted. Local Flavor has probably one of the best chips in the city. They were so good that I forgot to take a picture of them. It was the perfect mix of crispiness and saltiness. On the bright side, I did remember to take a picture of the chicharrones another table had

As for the salsas, they were excellent. Our favorites were both green salsas along with the slaw. 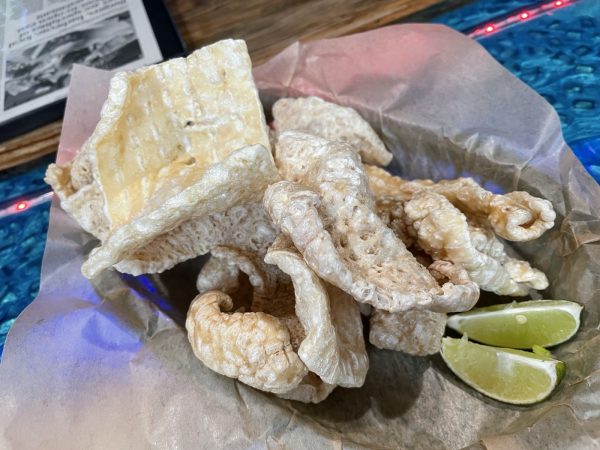 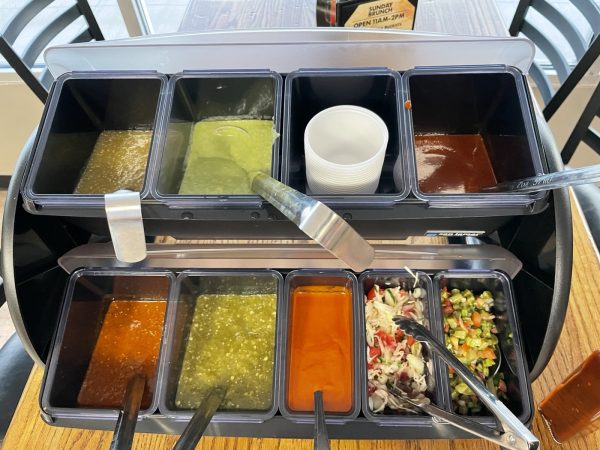 For the remainder of the sneak peek, we were given sampler-sized portions. Their new spiced honey sriracha rib tips kicked things off. Sriracha may scare some people off, but there was just the right amount of heat that even the kids enjoyed it. It was sweet, yet spicy and incredibly tender. 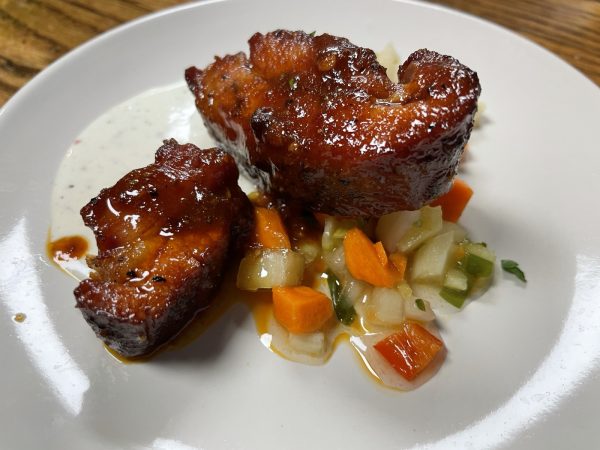 Something I rarely order around town is a chile relleno. We split one between us and I was a big fan of the texture. It was easy to cut into without getting mushy; yet held together well. 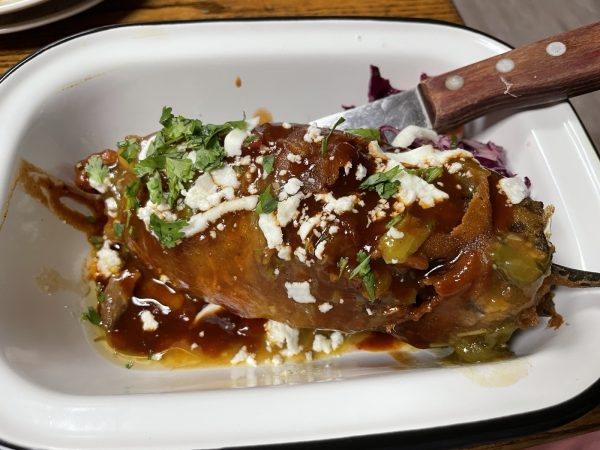 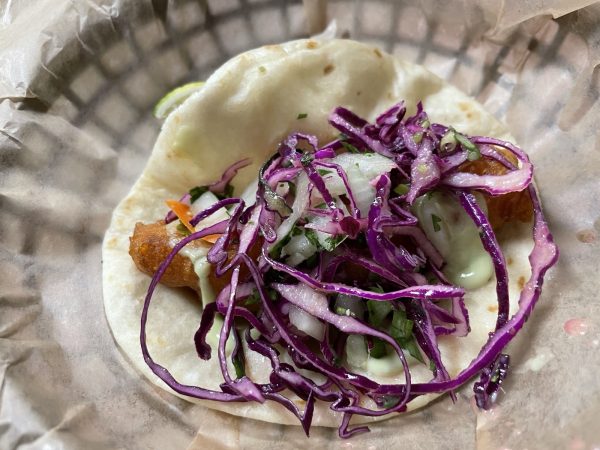 For the group of us, probably the favorite dish of the night came when the roasted green chili bacon mac came out. Made with Gouda cheese, roasted hatch peppers and bacon lard. One of the kids nearly ate everybody’s bowls; he couldn’t get enough of it. 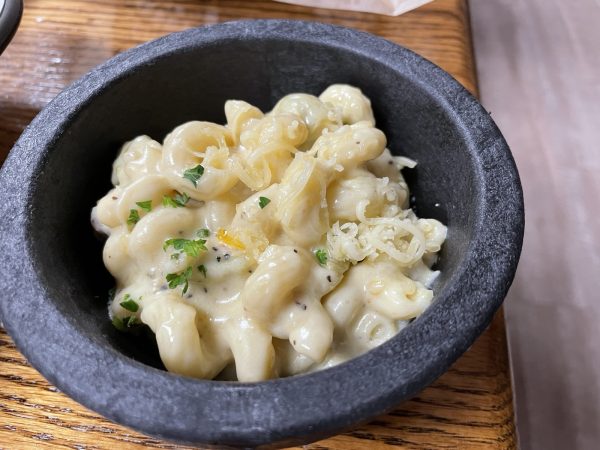 Up next for our table was the red chili pork tamale. Even though we had sample sizes, we were definitely getting full, but managed to squeak this one in. I loved the green chili sauce, it was so tangy and zesty and livened up the dish. If it’s one thing Local Flavor has been doing well, it’s their sauces that compliment the dishes. 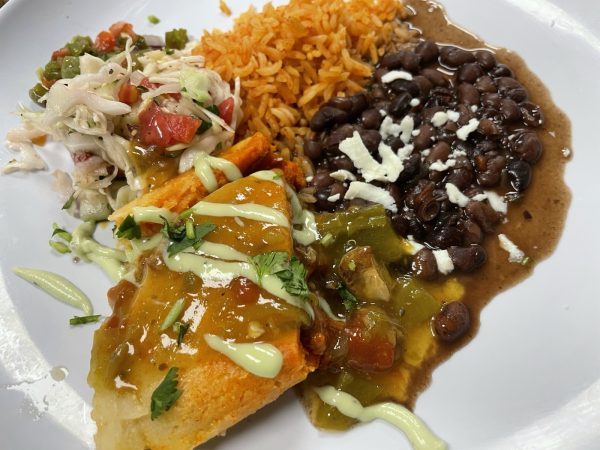 And my personal favorite of the night was the smoked meatloaf. I love all things meatloaf, and Local Flavor knocked it out of the park. I haven’t come across many meatloafs around town that blew me away. This was probably my first. 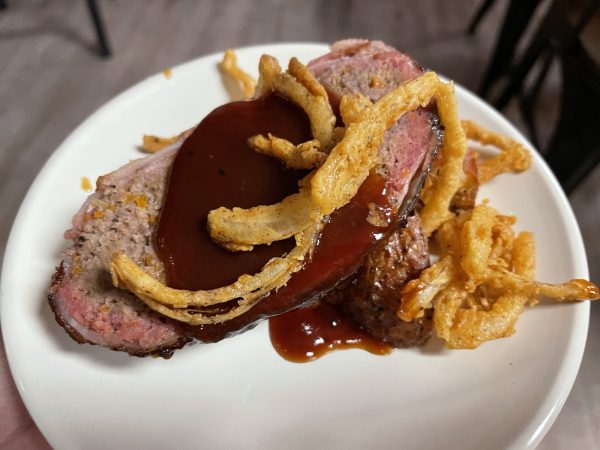 And my two-year-old’s favorite dish of the night, the funnel cake dessert that was topped with ice cream, ice cream and what I believe to be a caramel drizzle. A few dishes before this, everybody was talking about how full they were. But oddly enough, they had no problem finishing every single bite of this dessert. 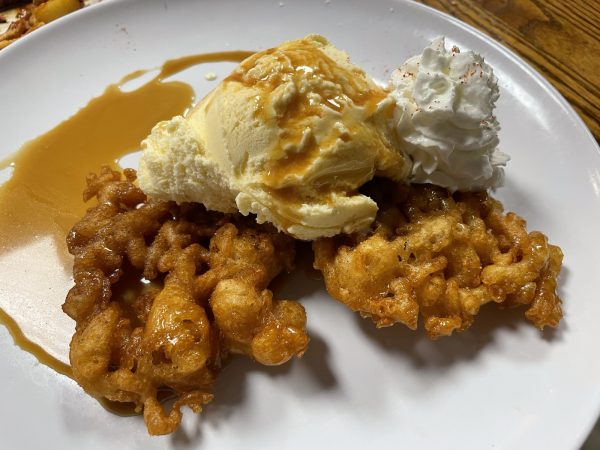 Local Flavor Grill & Tapworks had been open for about two months. They’ve been receiving some great reviews and more will likely be on the way with their new menu. Go check them out!